THE CITY OF JOHANNESBURG’S “PER BIN” REFUSE TARIFF FOR BUSINESSES 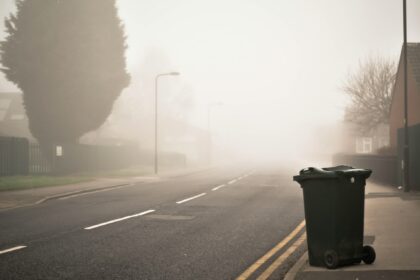 This article seeks to examine, in terms of the City’s own tariff schedules, as published on its website, what the City may legally bill its consumers for refuse charges, with a specific emphasis on refuse charges for business properties, and what a consumer faced with any billing discrepancies in this regard can do about it. The authors conclude that owners of business properties within the jurisdiction of the City of Johannesburg Metropolitan Municipality (“the City”) should consider their municipal statements (more specifically their refuse charges) carefully.

WHAT DO THE TARIFFS SAY?

Before 1 July 2016 the City’s refuse tariffs were quite specific and had various categories and charges detailed therein that could relate refuse charges for business properties. For example:

However, in the July 2016 tariffs this changed. The City included a paragraph in its tariffs which set out the following:

Over and above this, in the July 2016 tariffs and in all of the business refuse tariffs thereafter, no charges for per-bin collection or Putrescible Waste per bin charges were detailed in the City’s tariffs.

WHAT DOES THIS MEAN?

To any ordinary person this would mean that the City would stop billing its consumers based on the per bin tariffs for their refuse charges and only hold them liable for charges based on the value of their property. This is clearly what is set out in the quoted portion of the City’s tariffs, and the disappearance of the detailed per bin tariffs from the City’s published tariffs.

However, despite this, there are still consumers all over Johannesburg that are being held liable for these refuse charges (being the per-bin charges or putrescible waste charges) on a monthly basis. While the monthly amount may be nominal, if you have been held liable for same since 01 July 2016, when according to the tariffs you should not be, this amount may be substantial.

Schindlers was recently tasked with bringing a case before the court for determination on what refuse charges ought to have been billed to a business customer for refuse.

In this case the City had held our Clients liable for not only the City Cleaning Levy on a monthly basis, but also per bin charges. In some instances, the City was even holding our Clients liable for refuse collection charges and per-bin charges, when our Client’s had a private third company attending to its refuse collection, meaning the City had not collected any refuse for the said company for a number of years, but was still billing our Client for same. At the hearing, Schindlers proffered various arguments in respect of the abovementioned, setting out that the tariffs had changed and that as a result the City (or more specifically Pikitup) are not legally entitled to hold its consumers liable for per-bin charges anymore and were limited to the City Cleaning Levy, which was set out in the tariff. The City argued, amongst other things, that it was entitled to do this (bill consumers for per-bin charges), as Pikitup passed a resolution authorising it to bill according to its own internal tariffs, which it called the Commercial Services Prices Regulation. It should be noted that despite a thorough search on the internet, this Regulation could not be located by our offices. Nor was the City able to make a copy of same available to our Clients, despite numerous requests for same. The City’s further argument was that our Clients should have cancelled the agreement they purportedly concluded with Pikitup to collect these bins. As such, the City’s published tariffs were the incorrect document to be referred to in order to establish what a consumer can be billed for refuse collection services.

In response Schindlers argued that the internal tariffs of Pikitup do not comply with the requirements of the Local Government: Municipal Systems Act 32 of 2000 (“the MSA”), which sets out that the City, at the very least, has to publish the tariffs. Furthermore, in terms of the Local Government: Municipal Structures Act 117 of 1998 (“the Structures Act”) only the municipal council is allowed to determine tariffs billed to consumers in any municipality. As Pikitup is a subsidiary of the City and works in terms of a service level agreement with the City, it does not form part of the municipal council. As such, it does not have the requisite power to make and establish its own tariffs. Moreover, there was no agreement, tacit or otherwise concluded between our Clients and Pikitup for the collection of the bins. The City was also not able to provide a copy thereof to the court.

The Court agreed with the arguments Schindlers proffered and ordered the COJ to reverse all of the incorrectly billed refuse charges to all our Clients’ accounts, based on the per bin refuse collection charges, as these charges were not legally competent.

The City has since the handing down of the order launched an application for leave to appeal.

We are hopeful that our Client will ultimately be successful in this matter and that a ruling will ensure that Pikitup will bill its customers in accordance with the legally published tariffs and not in accordance with other tariffs that it has decided upon internally and which are not lawfully binding n customers.

Be that as it may consumers need to be extremely vigilant and should ascertain whether they are being billed correctly and in terms of the correct tariffs.  If they are not, they need to take timeous action to dispute same in the correct manner. If the consumer does not take the appropriate action the consumer may never obtain redress.

Caveat:  Please note: this article is for general public information and use. It is not to be considered or construed as legal advice. Each matter must be dealt with on a case by case basis and you should consult an attorney before taking any action contemplated herein.