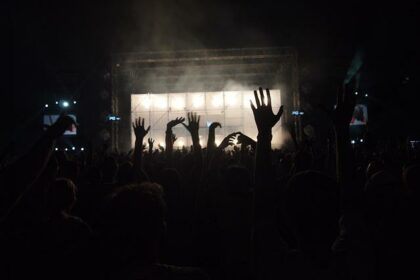 THE “SHAPE OF YOU” COPYRIGHT BATTLE

On 06 April 2022, the High Court of Justice in England and Wales, Intellectual Property List (Chancery Division), handed down judgment in the matter of Mr. Edward Christopher Sheeran MBE (“Ed Sheeran”) & 5 others (collectively referred to as “the Claimants”) versus Mr. Sami Chokri (“Sami Switch”) and 2 others (collectively referred to as “the Defendants”).

The main issue dealt with by the court was one of copyright infringement. The Claimants sought a declaratory order that they had not infringed copyright after the Performing Rights Society Limited (“PRS”) suspended all payment to the Claimants for all public performances and broadcasts of “Shape of You”. The Claimants further sought to clear their names in light of the allegations levelled against them, in that Ed Sheeran was accused of being a ‘magpie’ that habitually and deliberately copies the original works of other songwriters.

The declarator was sought after the Defendants made contact with the PRS seeking to be credited as songwriters on “Shape of You”. The PRS proceeded to suspend payment to the Claimants flowing from the public performance and broadcast of “Shape of You”.

The Defendants’ claim that Ed Sheeran, and his co-writers, namely Steven McChutcheon and John McDaid deliberately and consciously, alternatively, subconsciously reproduced a substantial part of grime artist Sami Switch’s song, “Oh Why” to create the eight-bar “Oh I” phrase in the chorus of Ed Sheraan’s “Shape of You” included in Ed Sheeran’s album “÷” Divide.

The Defendants’ further held in support of their counterclaim that:

The Claimants deny this, and submit that neither Ed Sheeran nor his co-writers had copied the” Oh Why” chorus and none of the claimants had had access to “Oh Why”. It cannot be said that merely because “Oh Why” was published that the claimants ought to have had access and as a result reproduced the ‘musical work’.

Notwithstanding the above, even if the phrases were similar, the elements of the chorus in question are not protectable because they cannot be deemed as original to “Oh Why” as a musical work.

The court, in dealing with the merits of the matter before it, considered Section 1(1) and section 3(1)(b) of the Copyright, Designs and Patents Act of 1988 (“CDPA”), which states that copyright in musical works is defined as “a work consisting of music, exclusive of any words or action intended to be sung, spoken or performed with the music”.

Copyright may be infringed where the work is reproduced in any material form in terms of Section 17(2) of the CDPA. In order for the ‘reproducing of the music work’ to amount to an infringement, the copying must be the original work or a substantial part of the original work: Section 16(3)(a) of CDPA. The test is whether the part in question contains elements which are the expression of the intellectual creation of the author of the work.1

Having considered all the relevant circumstances including, but not limited to, the musical elements, writing process and evolutions of the “Oh I” and “Oh Why” phrases, Justice Antony Zacaroli found that:

The case rests on 4 pillars:

Consequently, Ed Sheeran and his co-writers did not infringe copyright in “Oh Why”.

Shortly after the court handed down judgement, Ed Sheeran took to Instagram to voice his opinion on the outcome of the trial and the litigious culture in the music industry –

“…we’re obviously happy with the result, I feel like claims like this are way too common now and have become a culture where a claim is made with the idea that a settlement will be cheaper than taking it to court, even if there’s no basis for the claim. It’s really damaging to the song writing industry. There’s only so many notes and very few chords used in pop music. Coincidence is bound to happen if 60,000 songs are being released every day on Spotify. That’s 22 million songs a year and there’s only 12 notes that are available. I don’t want to diminish the pain and hurt suffered from both sides of this case. I just want to say I’m not an entity. I’m not a corporation, I’m a human being, I’m a father, I’m a husband, I’m a son. Lawsuits, they’re not a pleasant experience.” (sic)