Organisation Undoing Tax Abuse v Minister of Transport and Others 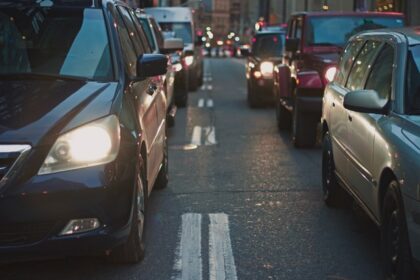 In and during October 2021, the Organisation Undoing Tax Abuse (“OUTA”), a non-profit company and civil action organisation, challenged the constitutionality of the Administrative Adjudication of Road Traffic Offences Act (“the AARTO Act”) and the Administrative Adjudication of Traffic Offences Amended Act (“the Amendment Act”) (collectively referred to as “the Acts”).

The AARTO Act created one national system of road traffic regulation and regulated all facets of road traffic such as blocking the issue of a driving licence in circumstances where an enforcement order has been issued against an infringer, placing a reverse onus on an infringer, expediting the collection of fines and prosecution of an infringer and several other issues.

These Acts made provision for a demerit point system. These demerits were incurred when an individual had committed a traffic offence or infringement as set out in columns 3 and 4 of Schedule 3 of the AARTO Act. By way of example: “Failed to display a special permit issued in respect of said vehicle which has a rear window, in the correct manner so that the inspection was legible from the rear.”

In effect, the Acts moved the prosecution of traffic offences from the purview of the Criminal Procedure Act 51 of 1977 and the courts to an administrative process.

The essence of the constitutional challenge by OUTA rests on the following two pillars:

• the Acts do away with the exclusive legislative authority of the provincial legislature. This is done by creating one compulsory national system of administrative enforcement of traffic laws. OUTA submits that the provincial and municipal road and traffic regulation falls within the exclusive legislative authority of the provinces as set out in Schedule 5, Parts A and B of the Constitution; and

• that Acts do away with the exclusive executive authority of local government provided for in terms of Part B of Schedule 5 of the Constitution to enforce traffic and parking laws at a municipal level. OUTA further submits that the Acts created a system whereby traffic laws were enforced through a national system of administrative tribunals, administrative fines and demerit points.

In other words, the submissions by OUTA were that the Acts are unconstitutional because the provincial legislatures are vested with exclusive competence for road traffic regulations which cannot be usurped, and that the National legislative authority has stepped outside the powers conferred upon it in terms of section 44(1)(a)(ii) of the Constitution. In dealing with the matter before it, the Court considered whether Parliament had authority to legislate on provincial roads and traffic, the legitimate interests of the different spheres of government and protecting each sphere from arbitrary intrusion.

The courts, and in particular the Constitutional court, have in the past belaboured the issue of separation of powers between the different spheres of government and that the national level of Parliament cannot arbitrarily interfere with authority granted exclusively to the provincial level of government.

Findings of the Court

Accordingly, the court found that the Acts unlawfully usurp the exclusive executive and legislative competence of the local and provincial governments.

In terms of the Constitution, each sphere of government is granted certain powers, competencies and authority to make policies and legislation. These powers cannot be arbitrarily infringed upon by other spheres of government. The Acts sought to interfere with the provincial legislature’s powers exclusively conferred upon it by the Constitution.

Understanding the Administrative Adjudication of Road Traffic Offences Act and the challenge by OUTA.