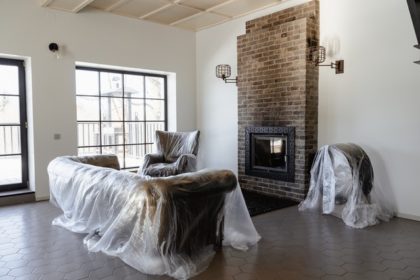 Mrs Shalate Nelly Ntshane (“First Respondent”) and Wilson Mkhatshane Ntshane (“the Deceased”) were married in community of property on the 13th of May 1980. They lived together with their children in the residential property situated at Erf Diepkloof, Soweto (“the Property”). The deceased became gravely ill and passed away on the 27th of July 2013. On the 08th of September, the First Respondent was appointed by the Master of the High Court as the executrix of the deceased estate. She then became aware of the sale of the property by the deceased to the Appellant on the 5th of April 2009 without her knowledge or consent as required by section 15(2)(a) of the Matrimonial Property Act 88 of 1984 (“The Act”).

The First Respondent instituted proceedings against the Appellant in the High Court seeking to have the transfer of the property declared null and void. Before the High Court, the First Respondent contended that before her appointment as the executrix of the deceased estate she was not aware that the property had been sold to the Appellant. She further contended that the Appellant should have made reasonable enquiries as to the seller’s marital status and as to whether the other spouse’s written consent to the sale is needed as provided in section 15 of the Act. The High Court granted an order against the Appellant.

The Court highlighted that section 15 seeks to strike a balance between the interest of the non-consenting spouse, on one hand and, the bona fide third party, on the other hand.  In order for consent to be deemed and for the transaction to be enforceable, you have  to establish two things: first, that the bona fide buyer did not know that consent was lacking; and secondly, that he or she could not reasonably have known that consent had not been given. The standard of proof must be that of a reasonable person, what a reasonable person would do in the circumstances and the conclusion that a reasonable person would draw.

In determining whether the transaction was enforceable, the Court made reference to the recent Case of Mulaudzi v Mudau and Others[1] where the Court declared the sale to be null and void on the basis that the second respondent’s statement on oath that he was unmarried was clearly false and amounted to a fraudulent misrepresentation that vitiates the contract.

The Court held that in this case, the representation that the deceased was unmarried was made in formal legal documents, one of which was signed by the deceased. The Appellant was entitled to rely on those representations, and nothing would have required him to enquire further. The Appellant did not know that the deceased was married and could not reasonably have known this and therefore, the standard of the ‘deemed consent’ provision kicked in. As a result, the appeal was upheld.

The consent requirement is designed to provide protection to the non-contracting spouse against maladministration of the joint estate by the contracting spouse, the “deemed consent” provision in section 15(9) (a) is intended to protect the interests of a bona fide third party who contracts with that spouse.