The Progression of LGBTIQ+ rights in South Africa (Part 1) 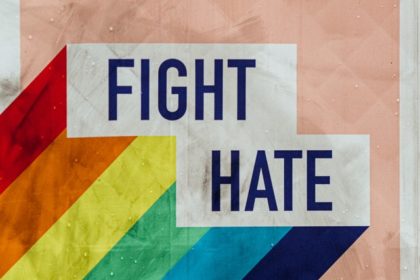 Under the rule of South Africa’s apartheid government, the National Party, during the period of 1948 to 1994, homosexuality was a crime punishable by up to seven years in prison – this law was used to harass and outlaw events and political LGBTIQ+ activists. Same-sex intercourse was a crime and public displays of affection by same-sex couples were considered indecent – these couples were harassed and blackmailed (frequently by the police) and often denied employment and refused custody of their children after divorce.

One of South Africa’s most bizarre and notorious anti-gay laws was introduced after a police raid on a gay party in a suburb of Johannesburg in 1966. Amendments to the Sexual Offences Act resulted in the infamous “three men at a party” clause, which criminalised “any male person who commits with another male person at a party any act which is calculated to stimulate sexual passion or give sexual gratification”. A “party” was defined as “any occasion where more than two persons are present.”

In 1993, the African National Congress endorsed the legal recognition of same sex marriages, and the Interim Constitution prohibited discrimination on the basis of sexual orientation – which provisions remained in the new Constitution in May 1996. As a result, South Africa was the first jurisdiction in the world to enshrine homosexual rights in its Constitution and, in so doing, provided its citizens with constitutional protection from discrimination on the basis of their sexual orientation as explicitly mentioned in Section 9 of the Bill of Rights in the Constitution which reads as follows:

“(3) The state may not unfairly discriminate directly or indirectly against anyone on one or more grounds, including race, gender, sex, pregnancy, marital status, ethnic or social origin, colour, sexual orientation, age, disability, religion, conscience, belief, culture, language and birth” [own emphasis added].

(4) “No person may unfairly discriminate directly or indirectly against anyone on one or more grounds in terms of subsection (3).”

In 1994, during his inauguration speech as president, Nelson Mandela went on to state the following:

“In the 1980s the African National Congress was still setting the pace, being the first major political formation in South Africa to commit itself firmly to a Bill of Rights, which we published in November 1990. These milestones give concrete expression to what South Africa can become. They speak of a constitutional, democratic, political order in which, regardless of colour, gender, religion, political opinion or sexual orientation, the law will provide for the equal protection of all citizens” [own emphasis added].

Thereafter, Eugene Brockman designed the iconic South African pride flag (“the Flag”) which is depicted by the pride rainbow symbol over-laid with the South African flag as illustrated by a black and white line. The Flag launched in 1994 with the aim of reflecting the freedom and diversity of the South African nation and building pride in being a proud LGBTIQ+ South African.

This matter concerned the confirmation of a declaration of constitutional invalidity of:

(b) the inclusion of sodomy as an item in Schedule 1 of the Criminal Procedure Act, 1977; and

(c) the inclusion of sodomy as an item in the schedule to the Security Officers Act, 1987;

In this case, the Constitutional Court was asked to confirm an order made by the Witwatersrand High Court that the abovementioned laws, which prohibit sexual conduct between two consenting adult men, in certain circumstances, are unconstitutional and invalid.

Basing its decision on the explicit prohibition of discrimination based on sexual orientation in terms of the Bill of Rights, the court unanimously ruled that the common law crime of sodomy, its inclusion in certain statutory schedules, and the relevant section of the Sexual Offenses Act were not reasonable or justifiable limitations on the rights of gay men to equality, dignity and privacy.  The offences were accordingly found to be unconstitutional and invalid and the court reassured the Community as follows:

“… [130] Although the Constitution itself cannot destroy homophobic prejudice it can require the elimination of public institutions which are based on and perpetuate such prejudice. From today a section of the community can feel the equal concern and regard of the Constitution and enjoy lives less threatened, less lonely and more dignified. The law catches up with an evolving social reality. A love that for a number of years has dared openly to speak its name in bookshops, theatres, film festivals and public parades, and that has succeeded in becoming a rich and acknowledged part of South African cultural life, need no longer fear prosecution for intimate expression. A law which has facilitated homophobic assaults and induced self-oppression, ceases to be. The courts, the police and the prison system are enabled to devote the time and resources formerly spent on obnoxious and futile prosecutions, to catching and prosecuting criminals who prey on gays and straights alike. Homosexuals are no longer treated as failed heterosexuals but as persons in their own right.”

The applicants in this matter sought to change the common law definition of “marriage” to the extent that it does not permit same-sex couples to enjoy the status and the benefits coupled with responsibilities it accords to heterosexual couples as well as to extend the wording of section 30(1) of the Marriage Act 25 of 1961 to include same-sex couples by adding “or spouses” to the marriage formula which previously read “or wife” and “or husband” only.

This unanimous judgment in favour of the applicants had led to the legalisation of same-sex marriages in South Africa and subsequently lead to the passing of the Civil Union Act in 2006. In addition to the above, the court extended the following to same-sex couples: immigration-related rights, pension benefits, the ability to adopt, and parental rights over children conceived by artificial insemination.

Since 16 December 2007, all discriminatory provisions have been formally repealed and South Africa had introduced an equalised age of consent at 16 regardless of sexual orientation, and has had all sexual offences defined in gender-neutral terms.

In 2019, President Cyril Ramaphosa included the Community in his presidential inauguration speech, saying:

“Let us end the dominion that men claim over women, the denial of opportunity, the abuse and the violence, the neglect, and the disregard of each person’s equal rights. Let us build a society that protects and values those who are vulnerable and who for too long have been rendered marginal. A society where disability is no impediment, where there is tolerance, and where no person is judged on their sexual orientation, where no person suffers prejudice because of the colour of their skin, the language of their birth or their country of origin” [own emphasis added].

In as much as South Africa has come a long way in codifying the rights of the Community, we still have a journey ahead of us before we truly realise LGBTIQ+ equality. The Community still requires proper support and positioning through diversity and inclusion initiatives, greater representation through leadership positions held by various Community members across the public and private sector, ‘queer’ education modules at learning institutions to educate pupils and create awareness, the use of media to shift mindsets and eradicate the social stigma associated with the Community. A democratic, universal, caring and an aspirational egalitarian society embraces everyone and accepts people for who they are. To penalise people for being who and what they are is profoundly disrespectful of the human personality and a violation of the basic right to equality.