The Legal Principles of Defamation 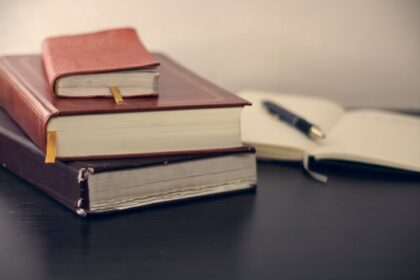 Whilst South Africans possess the constitutionally protected right to freedom of expression, it is important to remember that this right is limited. When one exceeds the limitations imposed, it can lead to the defamation of another person’s good name and/or reputation. This article examines the concept of defamation and the courts’ approach to dealing with these matters.

THE LEGAL PRINCIPLES OF DEFAMATION

Defamation, which forms part of the law of delict, can be defined as the unlawful publication of a defamatory statement concerning another person. In the case of Hix Networking Technologies v System Publishers (Pty) Ltd and Another1, Plewman AJ defined defamatory statements as follows: “…a defamatory statement is one which injures the person to whom it refers by lowering him in the estimation of the ordinary intelligent or right-thinking members of society…”.

There are certain elements that must be present in order for a person to succeed in a claim for defamation. The elements consist of the (i) wrongful, (ii) intentional (iii) publication of a defamatory statement concerning a person. The law requires that the three aforementioned elements be present to successfully prove that defamation has been suffered by a party.

In the case of Mthembi-Mahanyele v Mail & Guardian Ltd and Another2, the Supreme Court of Appeal confirmed that the test for determining whether words have a defamatory meaning is whether a reasonable person of ordinary intelligence might reasonably understand the words concerned to convey a meaning defamatory of the litigant concerned.

The legal principles to be applied were summarized by the Constitutional Court (“CC”) in the case of Le Roux and Others v Dey3. Where the applicant alleges that the published statement is defamatory, a two-stage inquiry is followed, namely:

The CC further stated that “[I]n establishing the ordinary meaning, the court is not concerned with the meaning which the maker of the statement intended to convey. Nor is it concerned with the meaning given to it by the persons to whom it was published, whether or not they believed it to be true, or whether or not they then thought less of the plaintiff. The test to be applied is an objective one. In accordance with this objective test the criterion is what meaning the reasonable reader of ordinary intelligence would attribute to the statement. In applying this test, it is accepted that the reasonable reader would understand the statement in its context and that he or she would have had regard not only to what is expressly stated but also to what is implied.”

In assessing allegations of defamation, the courts accept the presumption of innocence as entrenched in the Constitution of the Republic of South Africa in favour of the litigant alleging defamation. Other rights such as the right to privacy, the right to dignity and the right to protect one’s reputation is weighted against the respondent’s right to freedom of expression.

In applying the above case law, in the case of Manuel v Economic Freedom Fighters and Others4, Motojane J stated: “Two conflicting values are at stake in this matter – on the one hand is the freedom of expression5 and on the other the right to dignity6 which includes reputation. While freedom of expression is a fundamental freedom protected by s 16 of the Constitution, human dignity is stated in s 1 of the Constitution to be a foundational value of our democratic state. The challenge for the courts has been to strike an appropriate balance between these rights.”

Additionally, O’Regan J in Khumalo and Others v Holomisa7 described the relationship between the right to freedom of expression and dignity and subsequently held that although freedom of expression is fundamental to our democratic society, it is not a paramount value. O’Regan said that it must be construed in the context of the other values enshrined in our Constitution, particularly the values of human dignity, freedom and equality.

ONCE IT IS ESTABLISHED THAT A STATEMENT IS DEFAMATORY, THERE ARE VARIOUS DEFENCES THAT CAN BE RAISED

Once it has been established by a competent court that a statement is defamatory, there are defences that can be raised. These defences protect freedom of speech and serve the public interest by ensuring that certain kinds of defamatory allegations can be made with impunity. The defences can be summarised briefly as follows:

Today, we find ourselves with various platforms through which to express ourselves, and we are entitled to do so. However, we must carefully weigh our right to freedom of expression against the rights of others, to their dignity and reputation. In doing so, we must take care in ensuring that we do not exceed the limitations imposed on our freedom of expression as it can lead to the defamation of another person’s good name and reputation.