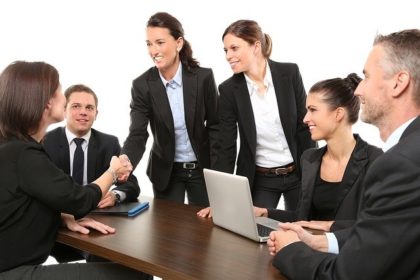 Every member of a Homeowners Association (hereafter “HOA”) must abide by the rules of the estate, its Memorandum of Incorporation (“MOI”), and the Companies Act 71 of 2008 (“the Companies Act”), to ensure amicable communal living and proper structure.

Unfortunately, often times members of a HOA take the law into their own hands, when they are of the view that the board of directors whom they have elected, do not appear to act in the best interests of the HOA. It is important to note that, despite popular belief, directors’ unwillingness to act in accordance with the demands of members cannot justify members’ acting of their own accord and not following the processes and provisions of the HOA’s rules, MOI or the provisions of the Companies Act.

2. The importance of the Companies Act for a HOA

A HOA is generally incorporated as a non-profit company. In terms of section 10(4) of the Companies Act, any reference in the Act to “a shareholder”, “the holders of a company’s securities”, “holders of issued securities of that company” or “a holder of voting rights entitled to be voted” is a reference to the voting members of the non-profit company.

Often times members of a HOA (owners of property within the HOA, or the appointed directors of the HOA) do not appreciate that, as a company, the HOA is required to comply with the provisions of its MOI and the Companies Act in its dealings as a HOA.

An older or pre-existing HOA must formally replace its constituting documents (Memorandum of Association and Articles of Association) with a MOI in order to bring the company in line with the new Companies Act. This is done by registering their new format MOI with the Companies and Intellectual Property Commission.

The MOI sets out the rights, duties and responsibilities of shareholders, directors and others within and in relation to the HOA. The MOI has priority over the Companies Act as long as it does not conflict with the Act.

The following provisions of the Act are of particular importance to the HOA, inter alia:

It is critical for the HOA to comply with the provisions of the Companies Act and its MOI, in order to avoid disputes, particularly those arising from the conduct of the board of directors and members of the HOA at formal meetings. The strict application of the Companies Act to the dealings of a HOA was confirmed in the case of Heatherview Estate Extension 24 Home Owners Association v Mahlatse Trading Enterprise CC and Others (22616/2019) [2019] ZAGPPHC 180 (20 May 2019) (“the Heatherview Case”) discussed below.

Heatherview Estate Extension 24 Home Owners Association (NPC) (the “HOA”) brought an urgent application before the High Court of South Africa (the “Court”) seeking relief against the Respondents in the matter, being a group of 56 displeased members of the HOA.

The relief sought by the HOA, included inter alia that:

3.1 a shareholders meeting held on 25 March 2019 (the “Meeting”) be declared unlawful and invalid;
3.2 all resolutions allegedly adopted at the Meeting be declared unlawful and void; and
3.3 that the 1st to 56th Respondents be interdicted and restrained from holding themselves out to be directors of the HOA and exercising the powers of the directors of the HOA.

The facts that gave rise to the dispute, was that on 20 February 2019, the Respondents attached a notice (the “Notice”) to convene an annual general meeting (“AGM”) to the main entrance of the estate. The following day, the Respondents’ legal representatives sent a notice (the “Sec 61(3) Notice”) on the Respondents’ behalf, to the directors of the HOA, requesting that they convene a meeting of members. No response was forthcoming from the board of directors or managing agent of the HOA to the Sec 61(3) Notice.

On 25 March 2019, the Respondents convened the Meeting at which resolutions were purportedly adopted to, inter alia, remove and substitute the manager and directors of the HOA, and to amend the HOA’s Articles of Association, by removing a clause which prohibited members of the HOA from voting, in the event that they did not pay their levies.

The HOA argued that the Respondents unlawfully and in contravention of both the Companies Act and the HOA’s Articles of Association, convened the AGM and adopted the aforesaid resolutions. It argued that the Respondents should have approached a Court for an order that the directors convene the Meeting, having already applied to the Community Schemes Ombud Service (“CSOS”), which application was still pending.

The Court considered the provision of section 61 of the Act and held that, whilst shareholders or members may in terms of section 61(3) request the board of directors to convene a meeting, it is the board of directors that must in fact do so and where the members convene the meeting themselves, it is unlawful. The Court accordingly held that the AGM was unlawful and invalid. The remedy available to members, where the directors refuse or fail to convene a meeting on request in terms of section 61(3) lies in section 61(12), which is for said members to approach a court.

Section 61 of the Companies Act does not provide for members or shareholders of a company to convene a meeting out of their own accord, in the event that the board of directors fail or refuse to convene a meeting, and if said meeting is convened, without the relief sought from the court being granted, the meeting convened by the shareholders or members, is in fact unlawful.

It is therefore important that aggrieved members follow the correct procedures to avoid a meeting convened in terms of section 61(12) (and the resolutions passed thereat) being declared invalid and unlawful. On the same score, directors and managing agents should ensure that meetings are convened in strict accordance with the HOA’s MOI and the Companies Act. The directors (in association with the managing agent) should ensure that the following are met when convening any meeting, in order to avoid disputes and possible litigation:

4.1 ensure that each decision to be voted upon is passed by way of the appropriate resolution (pre-determined as an ordinary or special resolution);
4.2 ensure that voting takes place in accordance with the HOA’s MOI;
4.3 ensure strict compliance with the provisions of the MOI regulating the identification of members prior to commencement of meetings, formalities of proxies, consent forms, authority documentation and nomination forms;
4.4 ensure compliance with notice periods, having regard to the specific type of resolutions required to be voted upon (ordinary or special resolution);
4.5 consider written submissions by affected/disputing parties prior to a meeting in the case of contentious disputes; and
4.6 ensure that the Chairperson has sound knowledge of the HOA’s MOI and the Companies Act.

[With special thanks and recognition to Courtney Altmuner (Associate) for her contribution to this article].

[Please note our articles are meant for information purposes and do not constitute legal advice.]

Section 61 of the Companies Act does not provide for members or shareholders of a non-profit organisation to convene a meeting out of their own accord, in the event that the board of directors fail or refuse to convene a meeting, and if said meeting is convened, without the relief sought from the court being granted, the meeting convened by the shareholders or members, is in fact unlawful.