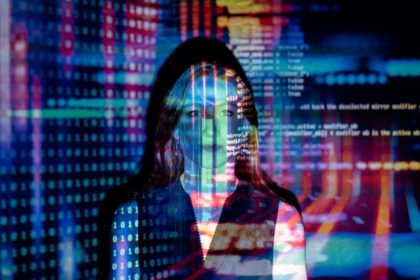 Why should lawyers care about coding?

In and during 1994, lawyer, cryptographer and Bit Gold creator, Nick Szabo coined the term “smart contract”. Szabo has pioneered smart contracts in an effort to, inter alia, advance classic contract law in order to be able to formalise ‘digital cash’ and our online business relationships in a free market economy.

WHAT IS A ‘SMART CONTRACT’?

Smart contracts are computer code used to create self-executing transactions, that do not require any third party involvement, and are stored on what is known as a “blockchain”. Smart contracts are unique as they are immutable, meaning that once the contract is created, it can never be changed again. Smart contracts essentially reduce the need for trusted intermediaries, by executing an agreement automatically, provided that predetermined conditions are met.

In order to better understand smart contracts, we have to understand the underlying technology that enables them: blockchain. A blockchain is in essence a shared and trusted ledger of transactions, where immutable and encrypted copies of information are stored in ‘information blocks’, linked in a chain like manner, thus creating a blockchain.

Blockchain technology has many varied uses and can facilitate many functions, it is particularly effective at 3 functions:

• it verifies rules ; and

• it self-executes on the rules.

One example of a smart contract is a vending machine. Suppose you would like to have a Bar One, you go to the nearest vending machine and see that at shelf G4 is a Bar One for ten Rand. You proceed to insert a twenty Rand cash note into the machine and press G4.

What then happens at the most basic level, is that the machine will then decrypt the cash note against the code entered. It will detect, inter alia, the size, value and authenticity of the note and then divert it to the correct cash slot. It will then calculate how much change is due, ensure the spiral at shelf G4 moves around enough to release only one Bar One and effectively complete the transaction. The vending machine has rules stored within it that are unalterable – it is able to verify those rules and it self-executes them if predetermined conditions are met.

Smart contracts are written using cryptography (the art of writing or solving codes).
At a basic level, storage on blockchain will look something like this:

This means that those who wish to rely on this technology will require a new skill – coding.

One can naturally outsource the coding function to a qualified software developer; however, this would mean you have very limited understanding in respect of the transactions you facilitate, would need to take on the extra costs of a developer and potentially lose out on the benefits of using blockchain technology in your practice.

One example of the benefit that legal practices can derive from the use of blockchain technology relates to storing information on the ledger. Clients’ confidential records can be encrypted and stored on the ledger with access only by a virtual key. These records can never be lost as they encrypted onto the distributed ledger.

Suppose you wish to buy a home. Traditionally, once an agreement of sale is signed you would approach an Attorney’s office, fill in mandates, onerous fee agreements and complete a Financial Intelligence Centre Act form. The Attorney/conveyancer would then attend to considering the suspensive conditions of the offer to purchase.

Where the sale is not a cash sale, the registration of a mortgage bond would have to be dealt with along with the associated guarantees. The Conveyancer would then get clearance figures from the councils, obtain a clearance certificate and lodge everything with the Deeds Office.

If the purchase price is over a Million Rand a SARS transfer duty is payable within six months from the date of acquisition. Where this is not done, interest will be calculated at 10% per annum for each completed month receipt on the appropriate scale. Where it is a sectional title scheme levies payable to the Body Corporate need to be accounted for. In other words, there are a lot of hoops and intermediaries to go through. The costs involved are also significant.

If all predictions hold true, the future looks akin to this:

You will embed your contract onto the blockchain/ledger, transfer the required amount of currency and required documentation in respect thereof. The smart contract will validate the conditions/rules and generate a digital receipt that is stored on the ledger.

Where you have made payment in full, but the seller has not provided you access to the property. The contract will automatically refund you the money. Where both money and access has been provided, it will hold both and pass it over to the respective parties on the execution date. The transfer is essentially self-executed if the needed conditions are met.

The immutable nature of smart contracts has often been used as criticism against their use. Consider the vending machine example. Suppose your snack has not been released or is stuck in the machine after having followed all purchase instructions. The modern vending machines have in them infrared beams at the bottom, next to the out-tray that are triggered by the snack.

Should your Bar One not pass through the beams, the machine will turn the spirals a further 360 degrees and realise another Bar One. Thus, vending machines have been adapted to ensure you always receive your snack. Similarly, smart contracts can have alternatives embedded in them. These can be used to account for the ‘If and then’ situations.

One thing is certain, smart contracts are here to stay, and for good reason. Smart contracts not only transcend the notion of contracting but represent a new dawn of business relationships. It, inter alia, allows us to solve unanswered questions, such as the transfer of synthetic assets, which are essentially a combination of tokenised securities and asset derivatives.

We can facilitate multiplex payment systems and facilitate multiplex payment arrangements. One early example of this, is the transfer of the Argentine soccer star Lionel Messi (“Messi”) from Football Club Barcelona to Paris Saint-Germain Football Club. Messi’s contract included payment in cryptocurrency, more specifically PSG Fan Tokens. These ‘tokens’ allow for voting rights, access and all kinds of benefits. These can become everyday features built into smart contracts. Smart contracts will ultimately change how we exchange value and how we deal with our ‘offline’ assets. It may very well be that code will be law.

Understanding the role of smart contracts in the legal profession.