RELOCATION: THE BEST INTERESTS OF THE MINOR CHILD 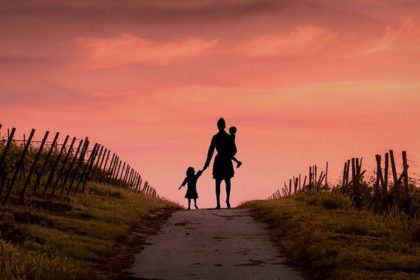 In circumstances where parents are divorced / separated, disputes regarding the relocation of minor children could arise. These disputes are often difficult to adjudicate on as one parent may have sound reasons to relocate, and the other equally valid reasons for resisting such relocation. In the event of a dispute, the duty lies with the High Court as upper guardian of minor children to determine the best interests of the child/ren concerned, as envisaged in section 9 of the Children’s Act 38 of 2005. Although the best interests’ principle is of paramount importance, it is not the sole factor to be considered. This article will examine how the Courts have adjudicated this aspect over the years.

Is Consent Required for Relocation?

If both parents have full parental rights and responsibilities in respect of a minor child, a parent can only travel and/or relocate to another country with that minor if the express written permission from the other parent has been obtained. Pursuant to amendments to the Immigration Act 13 of 2002 and Immigration Regulations promulgated thereafter in May 2014, certain requirements have been set for minors traveling internationally with a view to combatting child abduction. If a parent is unreasonably withholding such consent, the parent who intends to travel and/or immigrate with a minor child will have to approach the High Court for relief. In uncontested relocations, certain countries may still require a Court Order to satisfy their immigration authorities and the requirements are therefore to be carefully considered prior to an intended international relocation.

Insofar as relocation between provinces is concerned, a co-holder of parental responsibilities and rights must be consulted, and consideration is to be given to his/her views, however, specific consent procedures for relocation within the country are not governed by the legislature. In the event of a dispute, the relevant High Court would likewise have to be approached for relief.

In the case of Joubert v Joubert1 it was held that a primary caregiver generally has the right to have the child with him/her. However, in F v F2 it was found that Courts must not assume that the primary caregiver’s proposals are necessarily compatible with the child’s wellbeing. Various factors are first to be considered in assessing what is in the best interests of the child.

In Cunningham v Pretorius3, the Court held that although they must be guided principally by the best interests of the child, they must carefully weigh and balance the reasonableness of the primary caregiver’s decision to relocate, practical and other considerations on which such a decision is based, the competing advantages and disadvantages of relocation, and finally, how relocation will affect the child’s relationship with the non-primary caregiver.
In CG v NG4 during divorce proceedings, the Applicant sought an order allowing her to relocate from Johannesburg to Cape Town with the parties’ minor children. The matter was referred to the Office of the Family Advocate who was tasked with preparing a report on the primary residency of the children. The Court stated that whether an Applicant’s proposed move is bona fide and reasonable is a factual enquiry and each case must be assessed on its own merits.

The two questions that arose in this matter were: 1) was the proposed relocation in the best interests of the minor children; and 2) was the Applicant’s intended move bona fide and reasonable?

As a result of the Applicant’s relationship with the Respondent becoming estranged, the Applicant held the view that it would be more beneficial for her and the children to move to Cape Town as she would be surrounded by her family, who would be able to support her emotionally – support that she could not get in Johannesburg. As the primary custodian parent of the minor children, the Applicant argued that her intended move would be in their best interests.

In response, the Respondent alleged that it would not be possible for him to travel to Cape Town on a regular basis due to the increased costs. The relocation of the children meant that he would have to seek accommodation in Cape Town, transport, and time off from work in order to exercise his rights. His ability to generate income would be immensely impaired with devastating repercussions for both the children and the Applicant, especially as she was unemployed and fully dependent on the monthly maintenance he paid.

The Family Advocate recommended that the status quo be maintained as moving the minor children to Cape Town would reverse the stability that prevailed since the introduction of increased contact with their father. The Court held that moving them to Cape Town, under those circumstances, could upset their routine and bring unnecessary shock to their lives, at a time when they were beginning to settle. The application was dismissed.

In Court in MK v MC5, stated that the motive of the primary caregiver to relocate is an important factor to be considered in determining the best interests of the child in proceedings of this nature. It is similarly important to consider the motive for relocation where the issues of primary residency and relocation are intertwined. Although a bona fide and reasonable motive in itself is not enough to substantiate relocation, it is an important factor.

The next question to determine was whether the parent relocating would be able to provide a suitable home for the children if he/she was allowed to relocate. It is also important to acknowledge the role that the relocating parent plays in the children’s lives.
Section 10 of the Children’s Act should also be adhered to in that a minor child of sufficient age and maturity should be afforded the right to participate, and such views should be duly considered. It may therefore be necessary to canvass the minor child/ren’s views by suitably qualified experts.
It is also important to consider which parent will most likely be able to ensure that contact between parent and child is maintained on a regular basis.

On 16 September 2020, the Applicant requested the Respondent’s co-operation in respect of an urgent assessment to be done by a psychologist, Dr. Astrid Martalas, who was appointed to investigate the children’s best interests. The Respondent’s co-operation was not forthcoming, and the Applicant brought urgent Court proceedings, seeking relief in two parts:

i. Part A – an order that Dr. Martalas investigates and assesses the care and contact arrangements, the children’s relocation, and recommends schools the children should attend in 2021; and

The relocation assessment report of Dr. Martalas recommended that the children be allowed to relocate with the Applicant to Centurion, and that they should attend dual medium private schools. The Applicant remarried in November 2020 and relocated to Centurion. At the time of launching Part B of the application in January 2021, the children were living with her in Centurion during the school holidays. The Applicant, with the assistance of her husband, would be responsible for transporting the children to school.

The Court held that the Applicant cannot be blamed for re-marrying during these proceedings and relocating to Centurion. She is entitled to continue her life. The Court indicated that the best interests of the child should be the pre-eminent consideration in matters involving their relocation. The Respondent later withdrew his opposition to the relocation. The Court held further that the Applicant shall pay the cost of one economy return air ticket per child per month for the purposes of the children having weekend contact with the Respondent.

The overriding principle of the best interests of the child will always be considered in relocation matters, however, there are various factors a Court will have regard to in coming to a finding and will be relying on expert opinion in doing so. The motivation of the relocating parent, economic considerations, the views of the child and the impact on the non-moving parent’s right to contact will inter alia be weighed up. The relocating parent’s need to adjust their lives is also recognised. It is often not possible to anticipate/predict an outcome upfront as relocation disputes are multi-facetted and can give rise to protracted litigation. Unified co-parenting is therefore always encouraged as legal intervention will be unavoidable in the absence thereof.

The child’s best interests are of paramount importance in every matter involving that child including the relocation of the child.