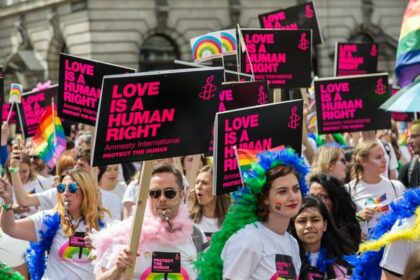 In Qwelane v South African Human Rights Commission and Another1 , the Constitutional Court decided on the invalidity of section 10(1) of the Equality Act, which defines and prohibits hate speech.

In the above matter, a well-known newspaper columnist, former anti-apartheid columnist and talk show host Jonathan Dubula Qwalane (“Jon Qwalane”) wrote a column article for the Sunday Sun titled “Call me names – but gay is not okay”. The article included lines that read “making me wonder what these people have against the natural order of things”, and “someday a bunch of politicians will muster the balls to rewrite the constitution, otherwise at this rate, how soon before some idiot demands to ‘marry’ an animal, and that this Constitution ‘allows’ it?”. The article was accompanied by a cartoon illustration of a man marrying a goat. This sparked an uproar from the public, and the South African Human Rights Commission was flooded with over 350 complaints. The feedback from members of the LGBTI+ community was prompt and intense. The Johannesburg Pride board laid complaints with the Press Ombudsman and the Human Rights Commission, while others called for a boycott of the newspaper and its advertisers.

The South African Human Rights Commission referred the complaints received to the Equality Court, seeking an apology and damages from Qwelane. In response, Jon Qwelane challenged the constitutionality of section 10(1).

“Subject to the proviso in section 12, no person may publish, propagate, advocate or communicate words based on one or more of the prohibited grounds, against any person, that could reasonably be construed to demonstrate a clear intention to:
(a) be hurtful;
(b) be harmful or to incite harm;
(c) promote or propagate hatred.”

He argued that section 10(1) read with sections 1 (which provides that It is not unfair discrimination to take measures designed to protect or advance persons or categories of persons disadvantaged by unfair discrimination or the members of such groups or categories of persons) , 11 (which provides that no person may subject any person to harassment), and 12 (which provides that no person may disseminate or broadcast any information, or publish or display any advertisement or notice that could reasonably be understood to demonstrate a clear intention to unfairly discriminate against any person) of the Equality Act are too broad, in that they unjustifiably limit the right to free expression, and that section 10(1) was impermissibly vague. Based on the evidence, the High Court found that the SAHRC had succeeded in proving that the article was hurtful and harmful and had the potential to incite harm and promote hatred against the LGBT+ community. As a result, it held that the article constituted hate speech as contemplated by section 10(1) of the Equality Act and ordered Mr Qwelane to tender a written apology to members of the LGBT+ communitywithin 30 days from the date of the order, and that he tender the costs of the proceedings.

However, Qwelane appealed the High Court decision in the Supreme Court of Appeal, which, in a unanimous judgment dismissed the overbroad constitutional challenge of section 10(1) on the basis that in addition to the listed prohibited grounds in section 16(2)(c) of the Constitution, the section 10(1) includes the ground of sexual orientation as one of the prohibited grounds. The court reasoned that through the imposition of liability for hate speech on the basis of the extended prohibited grounds, the legislature intended on providing a widened scope of protection. However, the Court noted that section 10(1) is vague in that it is difficult to define what “hurtful” means. It found that the harm in section 16 of the Constitution, and contemplated in section 10(1), does not necessarily need to be physical harm, but can be related to psychological impact. However, the impact has to be more than just hurtful as is defined in the dictionary. As a result of the above, the Supreme Court of Appeal found that section 10(1) in its present form is inconsistent with the right to freedom of expression and is therefore invalid. The complaint against Mr Qwelane was also dismissed.

In deciding on the matter, the Constitutional Court held that the following issues were to be determined:

In dealing with the above issues, the court held that firstly, the provision in question (section 10(1)) ought to be read through the objective reasonable person test therefore the decision by the Equality Court was upheld in this regard. The court then held that the decision by the Supreme Court of Appeal, that paragraphs (a)-(c) of the provision in question must be considered separately was flawed, in that this would result in an unjustifiable limitation of the right to freedom of speech.

The court then considered whether the terms “hurtful”, “harmful” or “to incite harm” are vague in the way they appear in section 10. The term “hurtful” was held to be indeed vague, while the others were not. It was also found that including the term “hurtful” in section 10(1), and the prohibited ground of sexual orientation in section 1 of the Equality Act constitutes an unjustifiable limitation of the right to freedom of expression. The courts reasoning in this regard was as follows: “If speech that is merely hurtful is considered hate speech, this sets the bar rather low. It is an extensive limitation. The prohibition of hurtful speech would certainly serve to protect the rights to dignity and equality of hate speech victims. However, hurtful speech does not necessarily seek to spread hatred against a person because of their membership of a particular group, and it is that which is being targeted by section 10 of the Equality Act. Therefore, the relationship between the limitation and its purpose is not proportionate.” However, the inclusion of “sexual orientation” as a ground of discrimination was found to be a justifiable limitation of the right to free speech. The court explained that it would be impossible to protect the rights of people in the LGBT+ community without the prohibition of hate speech based on sexual orientation. The inclusion of “hurtful” in section 10 (1) was therefore found to be unconstitutional.

The court held that the unconstitutionality could be remedied by the term being removed from section 10(1), and the declaration of unconstitutionality was then suspended for 24 months, to give Parliament time to attend to same. The court then ordered that in the meanwhile, section 10 was to be read to exclude the term “hurtful”.

With respect to Mr Qwelane, his article was found to constitute hate speech in terms of the elements of section 10 (1) which remained constitutional, as it was indeed harmful, and caused hate towards the LGBTI+ community. The court provided that Mr Qwelane’s article clearly embodied the hatred and slander of homosexuals based on their sexual orientation. Thus, the Court upheld an amended version of the declaratory order of the High Court.

At the time the matter was decided by the court, Mr Qwelane had recently passed on, and therefore, there was no way to uphold the order of the High Court relating to a public apology. In respect of costs, Mr Qwelane was only granted 50% of his costs in relation to the constitutionality challenge, which were to be borne by the Minister of Justice, the court held that despite him being semi-successful, it was his doing that had caused the dispute in the first place. The court then ordered that Mr Qwelane pay the costs of the South African Human Rights Commission in the High Court, the Supreme Court of Appeal, and the Constitutional Court.

The term “hurtful” is an unjustifiable limitation of the right to freedom of expression.