NOTARIAL BONDS AS A FORM OF SECURITY 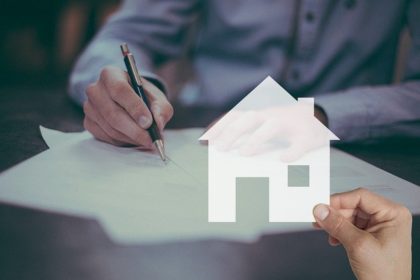 The registration of a mortgage bond over the immovable property of the debtor (“mortgagor”), in favour of the creditor (“mortgagee”), is a common example of granting security.

A lesser known form of security is the notarial bond, which functions in a similar way to mortgage bonds but is registered over the movable property of the mortgagor.

Notarial bonds are often misconstrued and consequently under-utilised in general commercial practice. The below article will briefly explore the legal structure and contents of this alternate form of security.

What is a notarial bond?

A notarial bond is a bond attested by a notary public, hypothecating all the movable assets or a specific asset of the debtor, and is registered in the Deeds Office by the registrar of deeds in a manner similar to mortgage bonds.

The security which forms the subject matter under the notarial bond must be movable, either in the form of corporeal or incorporeal movable property. Examples of which, amongst others, include: –

A special notarial bond is registered over movable property specifically identified in the bond. It constitutes real security as effectively as if it had been expressly pledged and delivered to the mortgagee. A special notarial bond must satisfy the requirements outlined in the Security by Means of Movable Property Act 57 of 1993.

A general notarial bond is registered over all the movable property of the mortgagor generally, however, the mortgagee will only be able to perfect its security after: –

i. having successfully approached the High Court for a court order directing that such assets should be attached; and

ii. physical possession of such assets is obtained through the attachment of the movables by the sheriff.

An ordinary notarial bond is used to secure the debtor’s existing obligations in terms of, for example, goods sold and delivered or services rendered.

A “covering bond” is a bond that contains a clause that makes provision for the covering of future debt. The difference between an ordinary notarial bond and a covering bond is that the former provides only for existing debts, whereas the latter provides for both current and future debts.

A collateral notarial bond is a bond registered: –

(a) by the same debtor in the principal bond,

(b) to the same creditor in the principal bond,

(c) for a debt or obligation secured in the principal bond,

(d) over other movable property belonging to the debtor,

A notarial surety bond is a bond registered by a third party (the surety) over its movable property, on behalf of the principal debtor, in favour of the creditor. The surety provides security for the debt or obligation of someone else.

A notarial indemnity bond is a type of surety bond, however, unlike a notarial surety bond, the obligation is a primary and not a secondary one.

A company grants a notarial debenture bond as security for debentures that are issued by the company. This notarial bond seeks to secure the obligations of a company towards the holders of debentures.

The surviving parent of a minor child, who has assumed control of an estate in terms of s 38 of the Administration of Estates Act, passes a bond in favour of the Master of the High Court. The bond secures any amount which the minor child is entitled to inherit from the estate of the deceased parent.

The mortgagee’s right to claim from the mortgagor, in terms of a special notarial bond, persists for a period of 30 years and does not prescribe within the normal 3-year period, as with an ordinary debt.

The mortgagor is ordinarily responsible for the registration costs of the bond. The cost of registration is calculated per tariff on a sliding scale based on the value of the moveable property.

In terms of a general notarial bond, the mortgagee will have a real right over the hypothecated property once he has obtained a court order directing that the property be attached and entitling him to take possession of the property.

According to s 1(1) of the Security by Means of Movable Property Act, a mortgagee, upon registration of a special notarial bond in the deeds registry, acquires a real right of security in the corporeal movable property as specified and described in the bond. The legal position of the mortgagee is thus placed on equal footing as that of a pledgee, due to the fact that the mortgagee is deemed to be in possession of the property.

Notarial bonds may also include the fruits of the moveable property, by way of example, the future offspring of an animal may be encumbered in the same bond thereby providing additional security to the mortgagee.

Debtors generally have easier access to movable property, as opposed to immovable property, and are likely in a better position to provide the requisite security over their movable assets. Debtors are also able to keep their property safe, by virtue of the property remaining within their possession, whilst simultaneously repaying their debt.

Credit providers and lenders in South Africa are encouraged to utilise the taking of security, in the form of a notarial bond, over movables because it is as secure in law as a mortgage bond is over immovable property.

The current economic environment directly affects a person’s ability to obtain credit. A debtor, who does not own immovable property to mortgage as security, may consider the value of his movable assets to put up as collateral. Notarial bonds are a secure, recognised, and practical way for securing a debt or obligation. Creditors who are willing to take security in the form of a notarial bond may discover additional markets in which to conduct business.