Media Statement: The City of Johannesburg Reinstates Issuance of Certificates of Occupation. 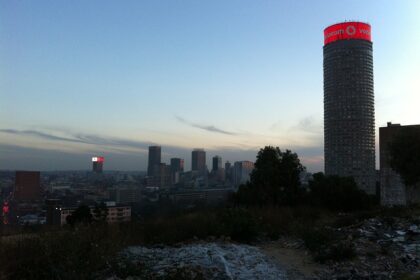 The MMC for Development Planning, Cllr Belinda Echeozonjoku, has lifted the temporary halt on the issuance of certificates of occupancy (CoO) and temporary occupation, with effect from Monday, 3 January 2022, as she is satisfied with the corrective measures put in place by the department, which will prevent fraudulent CoOs from being issued.

These irregular CoOs put the lives of residents and safety officials in danger, and damage the reputation of the City in being able to uphold the rule of law.

On 17 December 2021, Cllr Echeozonjoku issued an internal moratorium to temporarily halt the issuing of CoOs until 10 January 2022, in order to address concerns raised by Councillors, industry organisations, and members of the public.

These included CoOs issued in the names of officials who had already left the department, CoOs issued without proper supporting documentation, and CoOs issued in 2021 but stamped with dates in 2022. Additional allegations are currently being investigated.

“It is my duty as MMC to serve the residents of Johannesburg and do everything in my power to ensure their safety. The temporary halt was the most responsible step to take under the circumstances, but I am now satisfied by the corrective measures put in place by the department, which included a thorough investigation of all certificates issued, the recall of irregular certificates, and stronger quality control measures in place,” said Cllr Echeozonjoku.

The authority to grant approval for occupancy of buildings and structures, she added, is delegated to the City through the National Building Regulations and Building Standards Act 103 of 1977, including fire compliance and environmental health.

“We can’t forget the tragic events of 5 September 2018, where three firefighters, Sphiwe Maropane, Khathutshelo Muedi, and Mduduzi Ndlovu, lost their lives in the line of duty while saving the lives of provincial government officials at the Bank of Lisbon building in the inner city. This building was found to be non-compliant with fire and other safety regulations, which means it should not have had a certificate of occupancy.”

“One life lost due to any kind of negligence is one life too many. Corruption costs lives and I urge everyone to report any allegations to the City through the anti-corruption hotline,” she said.

The Executive Director, Ms Amolemo Mothoagae, committed to resolving all allegations and further assured that measures will be put in place to stop potential fraud and corruption from happening.

Cllr Echeozonjoku will conduct unannounced site visits at some of the properties that have been issued with irregular CoOs in January 2022, to investigate the allegations and ensure that proper processes are being followed.

“Thank you to the ED and her team for acting swiftly on the reported allegations and prioritising the delivery of quality services to the residents of Johannesburg,” Cllr Echeozonjoku added.