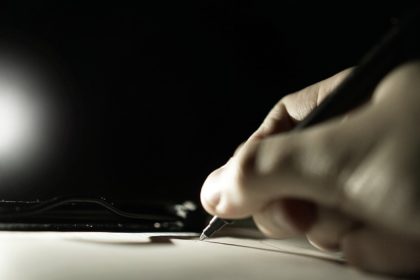 The Applicant concluded a contract of employment with the Second Respondent (the employer) to render services as a Vendor Administrator to the First Respondent for a limited period of 24 (Twenty-Four) months from 1 January 2017 to 31 December 2018.

The Applicant contended that the premature termination of the contract without furnishing reasons thereof was unfair and unreasonable. It goes against the principles of good faith, Ubuntu, fairness, and simple justice. Further, the Applicant alleged that the cancellation amounted to repudiation. The Applicant contended that she had suffered loss/damages as a result of the repudiation and was entitled to the salary payable for the remainder of the contract.

The Applicant sought an order against the First and Second Respondents declaring their notice of termination of her employment invalid and unlawful. The Applicant also claimed damages from the First and Second Respondent’s alleged repudiation of her employment contract plus money payable for the leave days due to her as at 30 March 2018 (the termination date).

The Court was required to determine whether a fixed-term services employment contract can be terminated prior to the agreed termination date or the happening of the agreed-upon circumstance by the mere exercise of the notice as provided in the contract, without any reasons being stipulated in the notice.

The Court held, according to the common law, that fixed-term contracts of employment or services cannot be prematurely terminated, unless

The Court held further that there are two exceptions for premature termination of the fixed-term contract which are valid, fair and reasonable. Firstly, there should be repudiation or a material breach and secondly, the terms of the contract should provide for such termination. The Court stated that courts have upheld the principle that by entering into a fixed-term contract of employment for a specific period, the parties intend to be bound by the contract for that stipulated period.

A notice to bring a fixed-term contract to an early end is a repudiation because it does not, in itself, constitute a contractually permissible act of termination. The innocent party then has an election to hold the guilty party to the contract or to accept the repudiation and cancel the contract.

In respect of the issue of damages, the Court held that, in terms of the common law, the damages that an employee is able to claim for breach of contract is limited to the amount still due for the remainder of the period of the contract. Whilst in terms of the Labour Relations Act, an employee may in certain circumstances be able to claim more if an employer prematurely terminated the fixed term contract. The amount for which the Respondent would be liable for must place the Applicant in the same position as she would have been had the Respondent not prematurely terminated his employment.

In applying the abovementioned principles, the Court held that the termination of the Applicant’s contract of employment prior to its expiry date, even on notice, amounted to repudiation. Since the Applicant had accepted the repudiation, she was entitled to full payment of the remuneration that was still due for the remainder of the term of the contract. Although the Applicant is also entitled to be compensated for the leave pay that was going to accrue to her, had her contract not been prematurely terminated, she failed to prove that she forfeited leave or had leave due to her at the time of termination, the days for which leave has been accumulated and the amount payable.

In respect to the Respondent’s argument that the contract was validly terminated on the basis of operational requirements, the Court held that there was no provision for premature termination even on general terms. The Court held that a party to a fixed-term contract is not entitled to later seek to escape its obligations in terms of the contract on the basis that its assessment of the future had been erroneous or had overlooked certain things.

The court highlighted the importance of employers including their specific requirements in employment contracts, and that employers need to ensure that the contract includes a clause allowing for premature termination especially if it is anticipated.