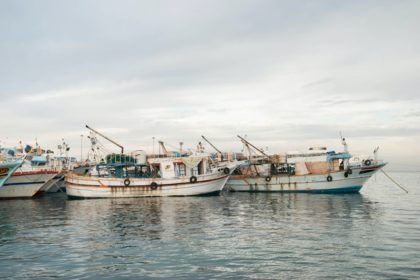 The High Court of Justice of England and Wales (Commercial Court, Business and Property Courts) (the “Court”) heard an application for an extension of time in relation to service of the defence in action proceedings.

The action concerned two vessels namely, the Mersey Fisher and the Thames Fisher (the “Vessels”) which were owned by James Fisher Everard Ltd and two others (the “Claimants”). According to the Claimants’ particulars of claim, European Diesel Services Ltd (the “Defendant”) was, or held itself to be, a specialist in the maintenance, repair, and supply of spare parts for diesel engines, as were those used by the Vessels.

The Defendant was contracted by the Claimants to make certain repairs to the Vessels, including but not limited to the replacement of the lubricating oil pump and seawater pump of the Mersey Fisher and the Thames Fisher, respectively.

Pursuant to the repairs effected by the Defendant, both of the Vessels experienced engine failure and the Claimants therefore alleged that either the Defendant had supplied non-original or defective parts and/or that there was a failure to exercise proper skill and care in relation to the installation of such parts. As such, the Claimants served their claim form (the English law equivalent of a summons) and particulars of claim, instituting action proceedings against the Defendant.

The Application was opposed by the Claimants on the basis that the Defendant had more than enough time in order to facilitate the service of its defence.

In its consideration of the Application, the Court noted that it has a general management power under Civil Procedure Rule 3.1(2)(a) which provides the following:

“Except where these Rules provide otherwise, the court may:

The Court further addressed the case of Smailes & Anor v. McNally & Ors [2013] EWHC 1562 (Ch) wherein the Court provided that “the court will scrutinize an application for an extension rigorously and must firmly discourage any easy assumption that an extension of time will be granted if it would not involve any obvious prejudice to the other side.”

The Court explained its interpretation of the above case in stating that “parties cannot expect to get an extension simply by asking for it. They do have to explain to the court why they need it, and the court will scrutinize the reasons put forward. Here that means looking at why the extension was sought.”

Pursuant to the above considerations, the Court determined that the issues that had arisen in the proceedings included issues on which expert evidence from a marine engineer would be necessary. Therefore, in order for the Defendant to properly plead in relation to the particulars of claim, it would be essential for expert evidence to be obtained.

The Court held that, having had full regard to the passage of time that had already taken place, it considered that in order for a proper defence to be provided, with the requisite expert evidence, the Defendant would require a short further period of time. Accordingly, the Application was granted and the time for service of the Defendant’s defence was extended until a date five weeks from the date of judgment.

This decision confirms the position in English law that an application for an extension of time in relation to service of the defence in action proceedings may be granted by the court where it would not involve any obvious prejudice to the other side.