Intersex athletes and participation in sport 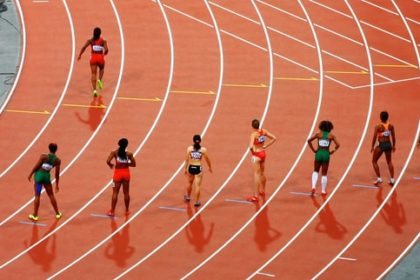 Discrimination against female athletes has been prevalent since the advent of women’s participation in modern Olympic Games in the early 1900s and since the 1960s female athletes, and more recently intersex athletes, have been subjected to strict gender policing by World Athletics (“WA”) (formerly known as the International Association of Athletics Federation or the IAAF) and the International Olympic Committee (“IOC”).

This culminated during May 2019, when the Court of Arbitration for Sport (“CAS”), the sport world’s highest court, upheld WA regulations and ruled that South African intersex runner and 2016 Olympic gold medalist, Caster Semenya (“Semenya”), together with other female runners with unusually high testosterone levels must take medication to reduce their levels of the male sex hormone if they want to compete in certain female events, notably the 400 and 800 metres (“the Ruling”).

This Ruling brought to the forefront the debate regarding whether intersex athletes can lawfully compete in female sporting events despite their unique characteristics. This article will discuss whether the position created by the Ruling will pass constitutional muster when analysed against the backdrop of the test formulated in Harksen v Lane NO and Others 1998 (1) SA 300 (“the Harksen v Lane test”).

An intersex person is defined as an individual who does not fit typical binary notions of male or female bodies1. The WA regulations, which came into effect on 8 May 2019, require intersex athletes to comply with stringent requirements regulating blood testosterone levels before they are allowed to compete in certain sporting events. The WA claims that scientific evidence supports the notion that an excessive presence of the male sex hormone testosterone in certain female athletes and intersex athletes, gives these athletes an unfair advantage when they compete in events such as the 400, 800 and 1500 metres2. The WA Regulations do not comply with our constitutional standards because they undermine the dignity of these individuals. In this instance, the performance of female athletes is jeopardized because an intersex athlete’s performance is influenced by medication to increase their testosterone levels thus, the competition becomes unfair.

WA Regulations and the Constitution

(1) Everyone is equal before the law and has the right to equal protection and benefit of the law;

(2) Equality includes the full and equal enjoyment of all rights and freedoms. To promote the achievement of equality, legislative and other measures designed to protect or advance persons, or categories of persons, disadvantaged by unfair discrimination may be taken;

(3) The state may not unfairly discriminate directly or indirectly against anyone on one or more grounds, including race, gender, sex, pregnancy, marital status, ethnic or social origin, colour, sexual orientation, age, disability, religion, conscience, belief, culture, language and birth.

(4) No person may unfairly discriminate directly or indirectly against anyone on one or more grounds in terms of subsection (3). National legislation must be enacted to prevent or prohibit unfair discrimination.

(5) Discrimination on one or more of the grounds listed in subsection (3) is unfair unless it is established that the discrimination is fair.

The third leg of the Harksen v Lane test is to determine whether there is any justification for the differentiation in accordance with section 36 of the Constitution4. The CAS ruled that the WA regulations are discriminatory but that “such discrimination is a necessary, reasonable and proportionate means” of “preserving the integrity of female athletics.5” Contrary to the above, the treatment of intersex athletes in South Africa contravenes the right to human dignity6. This is because these athletes’ rights are violated due to the protocols that must be followed when conducting such tests on the athletes7.

Intersex athletes should not be precluded nor banned from competing in sport despite their heightened testosterone levels. These athletes need to be treated with dignity and sports federations must revise the methods for conducting gender verification as these are unconstitutional. It still remains a vexed question, however, whether these intersex athletes should be competing against women or men, because of their physiological advantage when competing against women, which is viewed by many to be unfair to women.

This article outlines discrimination, particularly of female and intersex athletes

[1] https://www.theguardian.com/sport/2016/jul/29/what-is-an-intersex-athlete-explaining-the-case-of-caster-semenya
[2] S Afr Med J 2019;109(8):548-551
[3] n 2 above 549.
[4] Section 36 of the Constitution reads as follows: ‘ (1) The rights in the Bill of Rights may be limited only in terms of law of general application to the extent that the limitation is reasonable and justifiable in an open and democratic society based on human dignity, equality and freedom, taking into account all relevant factors, including –
(a) the nature of the right;
(b) the importance of the purpose of the limitation;
(c) the nature and extent of the limitation;
(d) the relation between the limitation and its purpose; and
(e) less restrictive means to achieve the purpose.
(2) Except as provided in subsection (1) or in any other provision of the Constitution, no law may limit any right entrenched in the Bill of Rights.’
[5] https://www.nbcnews.com/feature/nbc-out/semenya-ruling-could-have-impact-transgender-intersex-athletes-n1001126 ; http://uir.unisa.ac.za/bitstream/handle/10500/2012/10chapter9.pdf;jsessionid=4B462A0679D8B8B34AF21FEBCE636185?sequence=8
[6] Section 10 of the Constitution reads as follows: ‘Everyone has inherent dignity and the right to have their dignity respected and protected.’
[7] n 3 above 550.