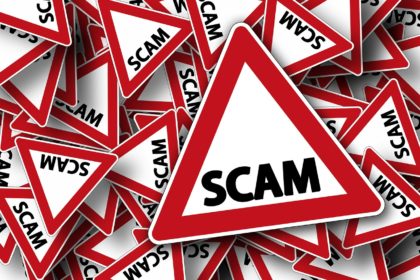 The High Court of Justice of England and Wales (Commercial Court, Queen’s Bench Division) (the “Court”) heard a case wherein I.F.T. S.A.L. Offshore (the “Claimant”) made an application for pre-action disclosure against Barclays Bank PLC (the “Defendant”). The Claimant was a victim of a type of fraud known as an ‘authorised push payment scam’ whereby a payment in the amount of US$249,721.44 (two hundred and forty-nine thousand, seven hundred and twenty-one United States Dollars and forty-four Cents) (the “Funds”) made by the Claimant, was diverted by a fraudster to an account with the Defendant. The Funds were transferred from the Claimant’s French bank account to the account with the Defendant, which account was specifically set up for this purpose, and was paid out directly by the Defendant to a bank account in the United Arab Emirates.

Upon becoming aware of the fraud, the Claimant immediately notified the Defendant and requested repayment of the Funds. Subsequent to this request, the Claimant made an application to the Court for what is known as a Norwich Pharmacal or a Bankers Trust order (the “Norwich Pharmacal Application”). A Norwich Pharmacal application is an application to the court for an order for the disclosure of documents or information. The order is granted against a third party which has been innocently mixed up in wrongdoing, forcing the disclosure of documents or information. The documents and information sought are disclosed in order to assist the applicant in bringing legal proceedings against individuals who are believed to have wronged the applicant.

In making the Norwich Pharmacal Application, the Claimant did not allege that the Defendant was complicit in the fraud and expressly stated that it had no intention of bringing any proceedings against the Defendant. Accordingly, the Norwich Pharmacal Application was granted to discover certain documents from the Defendant evidencing the receipt and payment out of the Funds by the Defendant (the “Order”). In granting of the Order, the Court maintained that it was not relevant whether the Defendant was or was not complicit in the fraud and held further that the Claimant would not, without the permission of the Court, use any of the documentation and/or information provided as a result of the Order for the purpose of any civil or criminal proceedings against the Defendant.

In terms of the first requirement namely, cogent and persuasive reasoning, the Claimant argued that it had no reason to believe that it had a case against the Defendant when it originally made the Norwich Pharmacal Application. However, subsequent to the review of the documentation received by way of the Order, the Claimant determined that there may have been a case against the Defendant. The Claimant held further that the documentation obtained indicated that the Defendant had failed to take action for approximately four days upon becoming aware of the fraud and took no steps to recall the payment.

In light of the above and in line with the ‘collateral purpose rule’ contained in CPR 31.22, the Court found that the case made by the Defendant was clearly overridden in the case of fraud and accordingly, the Court ruled in favour of the Disclosure Application.