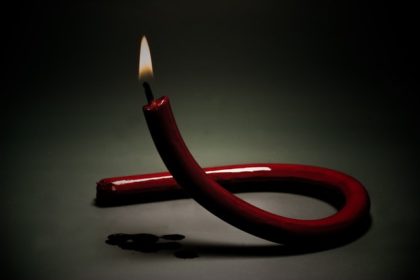 Individuals who test positive for the Human Immunodeficiency Virus (“HIV“) and/or the Acquired Immunodeficiency Virus (“AIDS“) may be victims of discrimination because of the social “taboo” associated with the virus. This article aims to provide an overview of the implications of discrimination based on HIV/AIDS status that individuals may face, particularly in the context of South Africa, taking into account the democratic protections afforded to the country by the Constitution of the Republic of South Africa, Act 108 of 1996 (“the Constitution“).

HIV is a virus that, when contracted, weakens the patient’s immune system – causing severe damage by impairing the body’s ability to fight off infections. HIV, if not treated well, can eventually progress to AIDS. HIV/AIDS is treatable and much like diabetes, you can live a healthy life while treating the disease.

THE CONSTITUTION AND UNLAWFUL DISCRIMINATION

In South Africa, our democracy has served to protect its’ people from unlawful discrimination. In particular, section 9 of the Constitution states:

(3) The state may not unfairly discriminate directly or indirectly against anyone on one or more grounds, including race, gender, sex, pregnancy, marital status, ethnic or social origin, colour, sexual orientation, age, disability, religion, conscience, belief, culture, language and birth.

(4) No person may unfairly discriminate directly or indirectly against anyone on one or more grounds in terms of subsection (3). National legislation must be enacted to prevent or prohibit unfair discrimination

(5) Discrimination on one or more of the grounds listed in subsection (3) is unfair unless it is established that the discrimination is fair.” [own emphasis underlined]

In addition, section 10 of the Constitution reads as follows:

“(10) Everyone has inherent dignity and the right to have their dignity respected and protected.”

In the case of Harksen v Lane[1]  the applicant approached the Court to declare the vesting of her solvent estate with the Master, unfair and unconstitutional. The Court developed the three-stage approach in order to determine the constitutionality of the discrimination:

Based on the above investigation, the Court held that the discrimination faced by the applicant was fair and compliant with the Constitution.

In taking it one step further, the Court had married the two concepts of discrimination and HIV/AIDS, the Hoffman case.

In the Constitutional Court case of Hoffman v South African Airways (“SAA”)[7], Mr. Hoffmann had applied to SAA as a cabin attendant. During the pre-employment HIV screening, Mr. Hoffmann tested positive for HIV and, as such, SAA had refused to employ Mr. Hoffmann based on their employment policy which did not permit the employment of HIV-infected persons in certain categories of jobs. Mr. Hoffman alleged unfair discrimination on the basis of his HIV status. The court a quo held that even if the employer’s policy did constitute unfair discrimination, it was justifiable within the meaning of section 36 of the Constitution. Mr. Hoffmann appealed the judgement of the court a quo to Constitutional Court,

The Court considered the legal principles of unfair discrimination and fair labour practices and used the three-step inquiry developed in Harken v Lane to determine whether the discrimination was unfair:

The Court thus ordered that SAA offer to employ Mr. Hoffmann as a cabin attendant. However, if Mr. Hoffmann failed to accept the offer within thirty days of the date of the offer, the order would lapse. In addition, SAA was ordered to pay the appellant’s costs.

FURTHER EFFECTS OF THE SOCIETAL TABOO’s ASSOCIATED WITH HIV/AIDS

Whilst not always clear cut as the Hoffman case, the effects of discrimination on the basis of an individual’s HIV/AIDS status may manifest itself in the following spheres:

Individuals living with HIV and AIDS may experience discrimination at the workplace. An individual is not compelled to disclose their HIV status.[9]  Should an employee choose to disclose their HIV-positive status to their employer, if the employer disseminates this information, the employee has a remedy in terms of Section 187(1)(f)of the Labour Relations Act.[10]

Section 14 of the Constitution states:

“Everyone has the right to privacy, which includes the right not to have—

(a) their person or home searched;

(b) their property searched;

(c) their possessions seized; or

An individual’s right to privacy might also be also violated when it concerns an individual’s HIV status. The right to privacy would be infringed if individuals are forced to undergo HIV/AIDS testing to ascertain their HIV status. In addition, disclosure of a person’s HIV status should remain confidential.[11] When an individual’s HIV/AIDS status is disclosed to the public without his or her informed consent, there is a violation of the right to freedom and security of the person.[12] This was held in the Constitutional Court case of NM and Others v Smith and Others (Freedom of Expression as Amicus Curiae).[13]

The HIV status of an individual affects the rights of children.[14] In terms of the Constitution, the rights concerning a child is paramount when it comes to a person who suffers from HIV/AIDS in connection with a child.[15] Indirectly, a child who associates with a person who is HIV positive might experience discrimination in society or school because of the stigma attached to the disease.[16]  Thus, children may not have equal opportunities to education because of their family members’ HIV status.[17]

If we are to truly move towards a more inclusive society in South Africa, more attention needs to be given to the development of a legislative framework that rules out both direct and indirect forms of unlawful discrimination in all of its incarnations. It is only when we unite as a nation to support those most vulnerable among us that we will truly ever be equal and free.

This article outlines the discrimination, particularly faced by individuals living with HIV/AIDS.

(a) to make decisions concerning reproduction;

(b) to security in and control over their body; and

(c) not to be subjected to medical or scientific experiments without their informed consent.