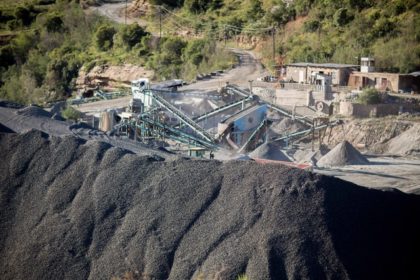 This appeal commenced in the Court of the Commissioner of Patents as a patent infringement action instituted by GROUNDPROBE PTY LTD & GROUNDPROBE SOUTH AFRICA (PTY) LTD (the “Appellants”) against REUTECH MINING (PTY) LTD, REUNERT APPLIED ELECTRONIC and HOLDINGS (PTY) LTD & REUTECH (PTY) LTD (the Respondents”). The Appellants claimed relief upon the alleged infringement of the patent by one or more of the Respondents. The patent in suit concerns a work area monitor that employs radar to detect movement of a slope and raise the alarm if dangerous movement is detected.

The Appellants levelled allegations against the Respondents that by making, using, offering for sale and selling work area monitors, the Respondents were infringing the patent.

The Respondents counterclaimed for the revocation of the patent on various grounds. The Commissioner of Patents, dismissed the Appellant’s action and upheld the respondents’ counterclaim, finding that each of the 5 claims of the patent was obvious to the person skilled in the art of the patent at the priority date, namely 16 August 2011.

On appeal, the Respondents restricted themselves to only one ground for revocation; the lack of an inventive step. The Appellants contend that the invention claimed is the combination of a number of elements that interact in a particular manner. Accordingly, so the contention proceeds, the combination should not be dissected into its constituent elements and each element examined in order to see whether its use was obvious or not, the real question being whether the combination was obvious or not.

The Court had to determine whether the invention, to the extent that it differs from the state of the art, has inventive merit.

The Court considered Section 25(1) of the Patents Act 57 of 1978 (“the Act”)  which provides that a patent may be given ‘for any new invention which involves an inventive step and which is capable of being used or applied in trade or industry or agriculture’.

In terms of s 65(4) of the Act, in any proceedings for infringement, a defendant may counterclaim for the revocation of the patent and, by way of defense, rely upon any ground on which a patent may be revoked.

The Court noted that the method described is no different to that used when the MSRs and SSRs were deployed, but for the radar mounted on a motorised automobile vehicle, whereas the MSRs and SSRs were mounted on a trailer. The only conceivable candidate for an inventive step is the idea of mounting a radar used for monitoring slopes on a motorised automobile vehicle. The inventive step must therefore relate to this feature.

The Court found that the patent does not disclose any advance in radar technology. The patent is not therefore addressed to a person having particular expertise in radar. The person skilled in the art of the patent is, rather, a mechanical engineer with experience in mounting and stabilising radar systems.

The Court further considered the historical usage of radar systems mounted onto vehicles in the military and in mining, dating back to World War II. The evidence revealed that;

concluding that ‘radar engineers have been placing radars on vehicles for many, many years.’

The Appellants put forward that it is not only the idea of moving the radar from the trailer onto the bakkie that constitutes the invention, but also solving of an alleged ‘stability’ problem associated with using a bakkie to deploy a radar and an interferometric radar.

The Court held that the inventive concept cannot reside in the fact that the system includes a stabilisation apparatus that eliminates disturbances, “Stabilising the radar is a ‘physical fact’”. Both parties used the identical stabilising effect on their bakkie mounted system, as they had used on their trailer mounted system. They took the stabilising apparatus that they had used in their trailer-based systems, which were in the public domain at the priority date of the patent, and simply deployed them as they had previously done, but on a bakkie as opposed to a trailer.

The Court held that stabilisation was never an issue, having been resolved in the prior art. The Court held that the only conceivable candidate for the ‘inventive concept’ is the idea of mounting a radar used for monitoring slopes on a motorised automobile vehicle. It therefore cannot constitute a step forward upon the state of the art and least of all a step that is inventive.

Consequently, the Court held that the appeal must fail and be dismissed with costs.

In this appeal, the Court considers whether claims 1 and 27 of the patent in suit, are invalid for lack of inventive step. The Court determines of whether it is inventive to mount a known radar system used to monitor slope system stability in open cast mines on a motorised automobile vehicle. This, in circumstances where the same radar system was previously mounted on a trailer that was hitched to a motorised automobile vehicle.