Do any consequences arise from long term cohabitation and conducting business together? 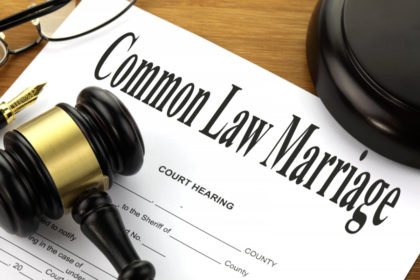 What is a Common Law marriage?

The technical definition of a common-law marriage is a long-term cohabitation between couples who are in a relationship that resembles a marriage but have not concluded a marriage in the traditional sense, such as by having the marriage sanctioned by the state. Common law marriages are not recognized under South African law, irrespective of the number of years that a couple has lived together. No automatic legal rights arise from the cohabitation, and no duties fall upon either party or their estate/s at the conclusion of the relationship, or when either party dies. As such, it is advisable that parties conclude an agreement to regulate their respective rights and duties, so as to protect their interests upon dissolution of the cohabitation.

A Universal Partnership or a Life Partnership Agreement is a contract, between two people, towards the determination of their rights and obligations towards each other. The Agreement can set out whatever terms the parties wish to regulate, including, but not limited to, the rights to each other’s estate, and child maintenance obligations. In terms of South African law, there are two kinds of Universal Partnerships, namely the societas universorum bonorum, whereby the parties merge their respective property together. This includes property at the time of the conclusion of the agreement, and all property to be acquired in the future. The societas universorum quae ex quaestu veniunt is where the parties agree that all acquisitions from business ventures will be considered as property of the partnership1 .

The contractual agreement may be express or tacit. To prove that a tacit Universal Partnership Agreement exists between the parties, it must be established that:

a. both parties were well aware of the circumstances leading towards the conclusion of the Agreement;

b. the act upon which a party relies to prove conclusion was unambiguous; and

c. the tacit Agreement does not go beyond what was considered by the parties2.

The courts will always interpret a tacit Universal Partnership Agreement strictly, and not broadly, because a contractual agreement must always be interpreted in favour of the person against whom the obligation is sought to be placed. In Joel Melamed and Hurwitz v Cleverland Estates (Pty) Ltd3 , it was held that a tacit contract exits when, through a process of inference, the court decides that the most reasonable conclusion arising from the facts provided by the parties, and the circumstances thereof is that a contract was concluded.

The parties had been in a cohabitation relationship for 22 years, which began in 1996. Allner alleged that a further universal partnership in equal shares had been established at the beginning of the relationship. According to the facts presented to the court, the parties had occasionally pursued several business ventures together in the 22 years of their relationship, which had been carried out from properties which had been purchased by Werner from his separate business dealings. The business ventures included packing operations, the sale of baked goods and farm produce, and a blasting business. In some of their business ventures, they took decisions together and shared in the profits. This, however, had not occurred throughout their entire relationship, or in all aspects of their endeavours, as both parties constantly moved around depending on their businesses. When their relationship ended, Allner sought an order of court declaring that a societas omnium bonorum had tacitly been concluded in equal shares by virtue of the relationship. She also sued for the dissolution and liquidation of the partnership.

Werner challenged the existence of a partnership. According to him, they had only been lovers who chose to cohabitate. He provided multiple examples to prove same, including that he had not involved Allner in his decision to take up blasting, that the company had been financed by him, alone, from profit that he had obtained from the sale of shares in a private company, and an inheritance that he had received from his mother. He had also concluded a contract with an explosive company without Allner.

The court held that, in terms of South African law, no legal consequences flowed from cohabitation. Usually, no proprietary rights and consequences arising from a marriage were available to non-married couples, and the number of years the couple had lived together was irrelevant. However, should it be established that the parties were not only in cohabitation, but they were business partners, the private law remedy that their relationship established a commercial partnership can be invoked.

In order to invoke this remedy, it must be proved that:

b. both parties received a benefit from the business;

c. the intent was to make a profit; and

d. there was a legitimate partnership contract.

Due to the strict approach of the courts towards the existence or interpretation of tacit contracts, and how difficult it is to prove the existence of a Universal Partnership, Allner’s case may have easily been dismissed with no costs due to her. As such, it is highly advisable that partners who intend on cohabitating as would married spouses, without entering into a formal marital agreement, reduce the terms of their partnership to writing. Entering into a written agreement is even more advisable should they wish to partner in any commercial undertakings. Avoid the extensive and tiring legal brawl of deciding who’s due what at the conclusion of a long term partnership, romantic or otherwise, and address the terms of your partnership as soon as possible.

No automatic rights arise from long term cohabitation, and proving the existence of a tacit agreement will result in a lengthy and difficult legal battle. Conclusion of a written Universal Partnership Agreement is the more advisable way to Ayanago, to prevent any legal combat between you and your partner should the long term cohabitation come to an end.