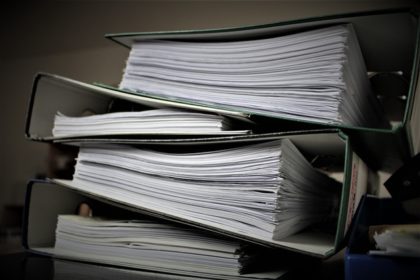 Furthermore, the Applicant’s legal representative submitted that in terms of the Dispute Resolution Centres Rules, hereinafter referred to as (“DRC”), specifically Rule 26 which provided for representation of parties before the Dispute Resolution Centre, the matter was legally complex in that the matter required Mr Coetzee to address both historical and contemporaneous inconsistency, which required legal expertise that he does not have. In addition, the Applicant’s legal representative argued that the nature of the dispute involved duplicated charges, a charge in the main and one in the alternative, both of which Mr Coetzee was found guilty on the supplicated charges and dismissed which accordingly required a legal expert to distinguish and argue the matter as a layperson, such as Mr Coetzee, cannot address the dispute on his own.

The primary issue herein was whether or not in terms of Section 25 of the LPA, legal representatives including Attorneys; Advocates and Candidate Attorneys, are automatically entitled to appear on behalf of parties in all disputes in the CCMA and/or MIBCO DRC.

According to the prevailing case law, prior to the promulgation of the LPA, in terms of the CCMA’s rule 25, equivalent to DRC rule 26, commissioners have discretion in deciding whether or not to allow legal representation, this was declared valid and constitutional in the Supreme Court of Appeal case: Commission for Conciliation, Mediation & Arbitration & others v Law B Society of the Northern Provinces (Incorporated as the Law Society of the Transvaal) 2014 (2) SA 321 (SCA).[2]

More specifically, section 25 deals with, the Right of appearance of legal practitioners and candidate legal practitioners on behalf of any person in any court in the Republic or before any board, tribunal or similar institution, subject to subsections (3) and (4) or any other law.

The LRA, and other labour legislation applicable to CCMA and bargaining council commissioners have not been amended so as to limit the application of Section 25 of the LPA.  Consequently, it is clear that commissioners are no longer entitled to their previously legislated and enforceable discretion as per the CCMA rule 25, equivalent to DRC rule 26, which sought to regulate and restrict the right of appearance on behalf of other parties held by legal representation in cases of dismissal for misconduct or incapacity. Thus, the discretionary power of commissioners has become overruled and subsidiary to Acts of parliament such as the LPA, and commissioners can no longer restrict legal representatives, excluding candidate attorneys from appearing in any proceedings, regardless of the nature of the dispute.

It was held that according to section 25 of the LPA, legal practitioners and candidate attorneys enjoy an automatic right of appearance in the Dispute Resolution Centre and the CCMA processes and their right of appearance, is and will be enforceable without limitations.

The aforementioned judgment does not take into consideration the following Sections 115(2A)(k) and 210, of the LRA, which in summary provides the following:

The commissioner may make rules regulating, the right of any person or category of persons to represent any party in any conciliation or arbitration proceedings furthermore, when in conflict with other laws If any conflict, relating to the matters dealt with in the LRA arises between the LRA and the provisions of any other law save the Constitution or any Act expressly amending the LRA, the provisions of the LRA will prevail. In light of the above, it can be said that the section of the LPA does not and cannot regulate or override the proceedings including the commissioner’s discretion to grant parties a right to legal representation.