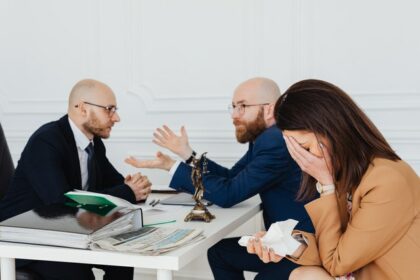 The First Respondent issued a writ of execution against the Applicant in respect of the arrear maintenance, dating back to July 1993, in the (amended) amount of R3,223,190.70. The writ of execution was stayed pending the outcome of these proceedings. The Applicant also applied for a retrospective discharge of his maintenance obligations under the divorce order, which application is pending in the Magistrates’ Court.

The legal question was whether an undertaking to pay maintenance in a divorce consent paper, which is subsequently made an order of the High Court, gives rise to a ‘judgment debt’ or ‘any debt’ contemplated in sections 11(a)(ii) and 11(d) of the Prescription Act 68 of 1968 (“the Prescription Act“)1, respectively.

For the purposes of the Prescription Act, a maintenance obligation involves the payment of a fixed amount of money and, therefore, is a ‘debt’. Although there are cases which deal tangentially with the issue, the parties respective counsel submitted that they could not find any authority dealing with the issue in dispute. The Court could also not find any reported case exactly on all fours with the issue relating to the prescription period for a maintenance order embodied in a consent paper that is made an order of court.

The Applicant advanced the following arguments in support of his contention:

1.1. a judgment debt is final and conclusive in nature and cannot be altered by the court which pronounced on it, i.e., one the effect whereof is res judicata and seeing as maintenance orders are capable of being varied, substituted, discharged on good cause, or even varied with retrospective effect, a maintenance order is not final and lacks the attributes of a final judgment;

1.3. the policy imperatives underlying the Prescription Act are not served by interpreting the words ‘any judgment debt’ in section 11(a)(ii) as including a maintenance order, regardless of the fact that such an order may emanate from a judgment of the High Court. A creditor is responsible for enforcing his or her rights timeously and must suffer the consequences of failing in this regard and, conversely, a debtor must be protected against a stale claim which has existed for such a long time that it is difficult to defend against it.

The First Respondent submitted that, when a consent paper is made an Order of Court, the status of the rights and obligations of the parties to this agreement are converted to a judgment debt with the consequence that a 30-year prescription period applies to such agreement. Further, that whilst it is possible for a maintenance order to be varied as circumstances inevitably change, this does not mean that when the consent paper is made an order of court, the dispute between the parties is not definitively settled at that point in time. It was also argued that the policy considerations underpinning the Prescription Act, as contended for by the Applicant, are not applicable to maintenance orders.

The Court indicated that the maintenance order which forms part of a consent paper should be treated no differently to any other part of the order. A maintenance order is final and enforceable until varied or cancelled and the order, like any other order, must be carried out immediately.

The Court considered Reid v Reid2, which stated that: “(w)hen the consent paper is then made an order of court, res iudicata is established on the just amount payable as maintenance.” The settlement agreement, and consent order, disposes of the underlying dispute and any subsequent litigation that may ensue in respect of compliance with the settlement order does not have to traverse the merits of the original underlying dispute. Thus, any rescission, variation, or a suspension of the maintenance order granted earlier becomes a new dispute between the parties where the original order granted may form the basis of any new contemplated action. Even prior to the enactment of legislation which allowed courts to vary maintenance orders, the courts recognised that a variation of a maintenance order was necessary in order to accommodate changes in conditions that existed when the original order was made and that it would be unfair if such an order was allowed to stand in its original form. It would certainly redound to the prejudice of all the parties, especially children, if maintenance orders were final and immutable.

As Griesel J commented in Georghiades v Janse Van Rensburg3 : “[section 8 of the Divorce Act] was introduced so as to authorise the Court to amend maintenance orders on good cause shown, so as to enable spouses to come to Court ‘to redress injustices occasioned by a maintenance order which no longer fits the changed circumstances”. Having considered the applicable legal principles, the Court was of the view that once a maintenance order, which formed part of a consent paper, was made an order of court, it was a judgment like any other. By virtue of the fact that it imposes a monetary obligation, it is, accordingly, a ‘judgment debt’ for the purpose of section 11(a)(ii) of the Prescription Act.

Being an order of court, the maintenance question has been determined and there is no claim or dispute “yet to be determined” in respect of which the 3-year prescription period would apply; therefore, the 30-year period must apply.

The Court ordered that the maintenance obligations, contained in the consent paper, which were made an order of court, were subject to a 30-year period as prescribed in section 11(a)(ii) of the Prescription Act 68 of 1969 and the Applicant is directed to pay the costs of the First Respondent.