An overview of the South African Criminal Legal Justice System 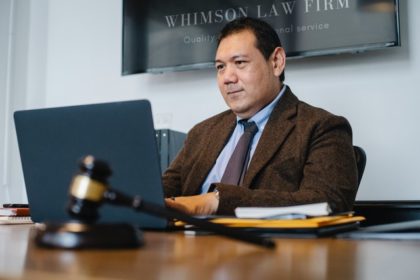 Looking back on the criminality that stemmed from the civil unrest in South Africa, it is crucial that citizens of the Republic of South Africa familiarise themselves with the Criminal Justice System (“the justice system”) to ensure that their rights are upheld and that their legal interests are protected.

This article seeks to provide a snapshot of the functions that comprise the six main parts of the justice system namely, the police service, the prosecution service, the presiding officer or judiciary, the prison system, the probation officer, and the Department of Justice and Constitutional Development (“the Department”) – the roles and responsibilities of which will be further detailed below.

The role of the South African Police Service (“the SAPS”) is to prevent and investigate crimes committed for the purposes of apprehending suspected criminals. More commonly known as law enforcement, the SAPS are mandated by Section 205(3) of the Constitution of the Republic of South Africa, 1996 (“the Constitution”) which directs that “The objects of the police service are to prevent, combat and investigate crime, to maintain public order, to protect and secure the inhabitants of the Republic and their property, and to uphold and enforce the law.” The SAPS are generally the entry point of the justice system in that crimes are reported to them for investigation.

The NPA is mandated in terms of Section 179 of the Constitution as well as the National Prosecuting Authority Act 32 of 1998. The NPA acts on behalf of the State and, as dominus litis, is primarily tasked with deciding whether or not to pursue or withdraw criminal charges against the accused and represents the interests of the community in criminal trials. The role of the NPA is to assist the court in reaching a just and fair verdict and – in the event of a conviction – a fair sentence based upon the evidence presented.

Commonly known as a “Judge” or “Magistrate”, a presiding officer (“PO”), under the guidance of the law is tasked with conducting a fair and impartial hearing before reaching a verdict of innocence or guilt. The PO ensures that the law is followed and that both parties, namely, the aggrieved party or the complainant and the accused, are both given an equal opportunity to present their version of events prior to reaching a verdict. If the accused is found to be guilty and convicted, the PO will also determine sentencing.

More often than not, convicted criminals tend to regroup with criminal associates once released from prison and tend to find themselves back in the heart of criminal activity. In order to prevent this, once a convicted criminal is released from prison, they are often assigned a probation officer or a social worker who continues to work with them post-rehabilitation to ensure that they are effectively reintegrated back into society. The role of the probation officer or social worker may be to assist the rehabilitated individual in finding appropriate accommodation as well as securing a job and will work with the SAPS to ensure that the rehabilitated individual remains out of prison and out of harm’s way in relation to their previous “life of crime”.

The Department encompasses the above-mentioned elements that constitute the justice system and is responsible for the administration of justice including but not limited to: the establishment of courts and the appointment of judicial officers and masters thereto; the conducting of criminal proceedings; the establishment and functioning of bodies responsible for legal aid, law reform and rulemaking; the regulation and the provision of legal advisory services to government departments and ultimately the promotion, protection, and enforcement of human rights.

A PRACTICAL EXAMPLE OF HOW THE CRIMINAL JUSTICE SYSTEM WORKS

In order to demonstrate how the above elements of the justice system work together, consider the following brief overview journeying from the initial reporting of a crime to conviction, sentencing, and reintegration into society:

Once an alleged crime is committed, a complainant would report the alleged offence to a police station to open a police case docket – which is made up of all the important and relevant information in relation to the alleged crime, statements, evidence, etc. Thereafter, the police will proceed to investigate the alleged offence with a view to obtaining more information relating to the alleged offence. It is at this stage when the police will effect the requisite arrests and investigate the matter further. The police docket is then sent to court and the NPA (i.e. a prosecutor) will consider the contents thereof and determine whether a further investigation by the SAPS is required and similarly, whether or not they intend to prosecute the accused. The NPA may decide against prosecution due to insufficient evidence to build a strong enough case against the accused, or they may decide to divert cases in respect of first-time offenders to alternate dispute resolution options – such as counseling, community service, payment of damages to the complainant and treatment for substance abuse, etc. In order for the NPA to consider diversion, the accused or their duly appointed legal representative must raise division for the PO’s consideration. Furthermore, written representations setting out reasons why diversion will be better suited in the circumstances.

Should the prosecutor decide to pursue criminal charges against the accused, the accused will be arrested on the strength of a warrant or on the police official’s probable cause to believe that he was involved in the commission of the crime. The case will then go to the court wherein the accused is charged with contraventions of the law. The accused or their duly appointed legal representative may apply for bail. The Criminal Procedure Act 51of 1977, provides for 3 types of bail: The first is Police bail, where the accused has been arrested for a minor offence, the accused’s representative may apply for bail at the police station. The second is Prosecutor’s bail, where the accused has been arrested for a serious offence, he may apply for bail at the police station. An after-hours prosecutor must grant the bail. The third is court bail, where the offence committed is of serious nature, the accused can only apply for bail at the first appearance in court. Here the PO will set conditions which must be adhered to in order for the accused to be released on bail (i.e. not to contact any witnesses, reporting to the police stations, etc). The bail hearing will follow, which seeks to order the cost as well as the conditions of the bail to be granted or whether bail is refused. Where the PO has successfully determined that the accused, inter alia, is not a flight risk, is not a danger to other people, will not commit further crimes and will not intimidate any witness in the case bail will be granted. This will allow the accused to be released back into society under bail conditions, until such time they are required to appear in court for their trial.

Criminal matters are often postponed to allow the parties sufficient time to prepare and gather more evidence if required. The accused is deemed innocent until they are proven guilty, therefore, upon commencement of the criminal trial, the prosecution must present their case against the accused and bear the burden of proving, beyond a reasonable doubt, that the accused is guilty of the crimes that they have been charged with.

The accused, duly represented by a legal representative, or themselves, will then be afforded an opportunity to state and prove their case/defence and may also call upon witnesses to testify on their behalf. After both sides have been heard and have stated and proved their respective cases to their satisfaction, the presiding officer renders a verdict of innocent or guilty based on the facts put forward by both sides.

If the accused is found innocent, they are to be acquitted of all the charges against them and released back into society, with no criminal record to their name. However, if the accused is found guilty, the presiding officer proceeds to make an order for sentencing which may include imprisonment, payment of a fine (payable to the clerk of the court) or any other sentencing option deemed fit by the presiding officer.

Should the accused be sentenced to prison, they are escorted by the SAPS to a correctional facility to begin to serve their prison sentence. As mentioned before, the role of prisons is to rehabilitate and deter convicted persons from becoming repeat offenders, and not to indefinitely punish them. Therefore, prisoners may be eligible for parole, which is essentially released from prison on conditional freedom that may be granted for good behavior, cooperation, and successful rehabilitation prior to the conclusion of a prison sentence. The eligibility for parole is determined by an independent parole board.

Once released from prison, either as a result of parole or completion of the prison sentence, the convicted person is released back into society under the care and assistance of a parole or probation officer or social worker.

It remains imperative that all of the above functions act together, in good faith and without fear, favour, or prejudice to ensure that justice is rightfully served. It is equally important for individuals to remain well informed on how the justice system works, in order to uphold and maintain the integrity of our justice system. With the devastating criminal activity currently underway in South Africa, we wish safety and security to all. Should you wish to contact our criminal law department to assist you further, please contact us per the below details.