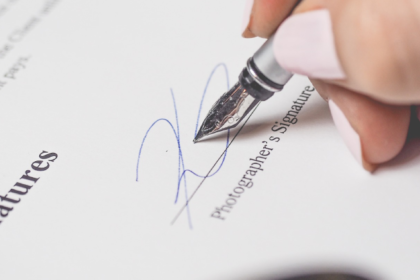 Atlantic Marine and Aviation LLP (the “Owner”), the defendant in the matter, chartered the ‘Atlantic Tonjer’, a multi-purpose support vessel (the “Vessel”), to the claimant, Boskalis Offshore Marine Contracting BV (“the “Charterer”) under the BIMCO SupplyTime 2017 Charter Party for Offshore Support Vessels (the “BIMCO Agreement”). A charter party is a deed or an agreement for the hire of a ship and delivery of cargo between a shipowner and a trader. The BIMCO Agreement is a type of standard form, time charter party for offshore support vessels.

The commercial terms set out in the BIMCO Agreement, pertinent to the matter at hand, were as follows:

1. invoices would have to be issued by the Owner (the “Invoice(s)”);

2. payment by the Charterer for hire of the Vessel was to be made within 21 days after issue of the Invoices (the “Repayment Date”);

3. the maximum audit period, during which the Charterer could audit such Invoices, was 4 years; and

The Owner rendered the Invoices for hire, accommodation, meals and other services in accordance with the terms of the BIMCO Agreement. The Charterer did not pay or dispute the amounts set out in the Invoices by the Repayment Date. As such, the Owner initiated arbitration proceedings in accordance with the dispute resolution clauses as contained in the BIMCO Agreement and applied to the Arbitration Tribunal (the “Tribunal”) for an award on their Invoices. The Tribunal focused on 3 key issues being (a) the date upon which the Owner was entitled to issue the Invoices to the Charterer and what was the consequence if they were issued prematurely; (b) the date upon which the Charterer was required to have notified the Owner that it believed that an incorrect Invoice had been issued and what was the consequence if it failed to do so by such date; and (c) whether the Charterer did in fact notify the Owner before the due date that it believed an incorrect Invoice had been issued.

The first key issue was not a point of contention in the matter and was not appealed. On the second and third issues, the Tribunal found that the Charterer had failed to challenge any of the Invoices issued to them by the Owner before the Repayment Date and this meant that the Charterer was obligated to pay the invoiced amounts. The Tribunal was of the view that the Owner should receive payment in the first instance in the amount of the undisputed Invoices even if it might ultimately be proven that the Owner was not entitled to such amount. In such a case, the Charterer would have a valid counterclaim which would operate as a valid defence. Accordingly, the Tribunal found in favour of the Owner and awarded the Owner all the Invoices forming part of the application.

The Charterer, unsatisfied with the outcome from the Tribunal, applied for and received permission to appeal the Tribunal’s award under section 69 of the Arbitration Act 1996.

The High Court of England and Wales (Commercial Court) (the “Court”) considered two questions of law. Firstly, did the BIMCO Agreement on its proper construction, debar the Charterer from raising defences against the Owner’s Invoices if and to the extent that they had failed to notify the Owner that it believed such Invoices to be incorrect. Secondly, if the answer to the first question was yes, was the Charterer entitled to recover sums paid to the Owner which were not in fact due because the Charterer had a defence to the Owner’s claim for those sums even if that defence (i) did not give the Charterer an independent counterclaim; and (ii) was not an “accounting” defence suitable for resolution by an audit.

The Charterer submitted that the Tribunal’s interpretation of the BIMCO Agreement had been incorrect. It argued that there could be a number of reasons for a charterer’s failure to dispute an invoice, such that in the time available, the charterer may not have formed a reasonable belief whether the invoice was payable or not. The Charterer based its argument on the fact that the BIMCO Agreement was unclear and ambiguous as it did not state that failure to give notice of a disputed Invoice would debar the Charterer from raising any defence it may have to the sums claimed.

The Court considered the principles of contractual interpretation and determined that the objective was to ascertain the meaning of the parties’ language by considering the contract as whole in the wider sense. The Court found that the terms in the BIMCO Agreement were in fact clear and unambiguous and that a reasonable person with the background knowledge available to the parties at the time of concluding the contract, would understand that invoices had to be paid or disputed within 21 days of their being received. The Court confirmed that the Charterer was not precluded from bringing a counterclaim in the event that it had paid sums that it believed were not payable, in terms of their audit rights as contained in the BIMCO Agreement. Counterclaims in this instance would include claims such as breach of contract or unjustified enrichment.

In conclusion, the Court found that the Charterer was precluded from raising a defence which was not done timeously and which was not the subject of a valid notice. However, the Charterer was not precluded from advancing a counterclaim against the Owner. Due to the abovementioned reasons, the Court answered the first question of law in the affirmative and the second in the negative. The Charterer’s appeal was dismissed.

This case, which is a first of its kind, provides valuable insight into the judicial approach to SupplyTime 2017 and standard form charter party agreements. It indicates that the Court will not easily deviate from the wording of a contract on the basis that both parties had equal bargaining power when entering into the contract and should have reasonably understood their obligations in terms of the agreement.