The Powers of a Business Rescue Practitioner 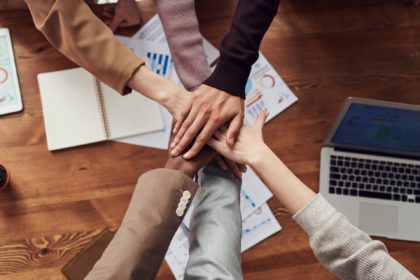 The purpose of this article is to provide the reader with a basic and general understanding of what section 140 and section 141 of the Companies Act 71 of 2008 (“the Act”) entails, with specific reference to the powers which a business rescue practitioner holds in the course of business rescue.

What does section 140 of the Act provide?

The business rescue practitioner is further entitled to delegate any of his powers and functions to persons who formed part of the pre-existing management of the company but will still have the overriding authority.

In addition to the powers and functions described above, the practitioner is further empowered to remove from office any person forming part of the pre-existing management of the company. However, any such removal will be subject to existing employment-related legislation. The practitioner, in contrast to his powers of removal, is also empowered to appoint any person as part of the management of the company or as an advisor to the practitioner, subject to the condition that the appointed person’s integrity, impartiality or objectivity would not be affected in occupying that position.

What are the investigative powers, in terms of section 141 of the Act, of a practitioner?

Reckless trading, fraud, or contravention of any other law relating to the Company:

Should the practitioner, in the exercise of his investigative powers and functions, find evidence that in the dealings of the company prior to the commencement of the business rescue proceedings, reckless trading, fraud or a contravention of any other law has occurred, the practitioner will be required to:

Liability of the practitioner in the exercise of his powers and functions:

Throughout the exercise of the practitioner’s powers and functions, for purposes of developing and implementing a business rescue plan, the practitioner will be regarded as an officer of the Court. As an officer of the court, the practitioner will have the same responsibilities, duties and liabilities as any other director of the Company. Sections 75, 76 and 77 of the Act prescribe the standards of directors and prescribed officers’ conduct, as well as the scope of their liability for contraventions of such duties and standards and loss, damages and costs sustained by the company as result of their conduct. More generally, a practitioner will be liable for the consequences of any act or omission amounting to gross negligence in the performance of their powers and functions.

The case of Booysen v Jonkheer Boerewynmakery (Pty) Ltd and Another 2017 (4) SA 51 (WCC), illustrated the importance of holding the practitioner liable to the provisions of the Act. The court stated that “The Act also requires the practitioner to be a person of integrity and impartiality who must not have any relationship with the company he is to supervise, such as would lead a reasonable and informed third party to conclude that he was compromised in any way, and during the course of rescue proceedings the practitioner functions as an officer of the court and must account to the court in accordance with its rules and any orders or directions it may make.” [emphasis added]

This case dealt with, inter alia, a failure by the practitioner to provide any indication of the date or manner in which an amendment to the business rescue plan would be affected, with the practitioner completely ignoring his liability to the court. The court held that “This is, with respect, not what is required of an officer of the court occupying the position of the second respondent [the practitioner] and one is left with an uneasy feeling that the necessary impartiality, objectivity and independence which is required of the office he occupies may not be present in this matter.” [emphasis added]