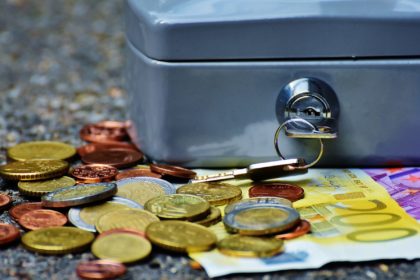 This matter followed an on-site inspection by the South African Reserve Bank (the “Appellant”) into the financial undertakings of the Indian-based financial institution, Bank of Baroda South Africa (the “Respondent”). The Respondent was the only bank willing to take on the infamous Gupta-family business accounts after these accounts were closed by South Africa’s major banks.

Following the aforementioned investigation, the Appellant found that the provisions of the Financial Intelligence Centre Act 38 of 2001 (“FICA”) and the Money Laundering and Terrorist Financial Control Regulations (“the regulations”) promulgated in terms of FICA, was not abided to by the Respondent. After requesting the Respondent to provide reasons for the non-compliance, the Appellant imposed a number of penalties: in respect of findings 3 and 4 (incorrectly reporting or omitting to report seven cash transactions in excess of the prescribed threshold amount of R24 999,99 within two business days of the transaction occurring; and failure to file cash threshold reports (CTR’ s) within the prescribed time) a fine of One Million Rand and for findings 6, 7 and 8 (failed to formulate and implement internal rules, processes and working methods, as required by s 42 of FICA read with regulation 27) a fine of Ten Million Rand.

Subsequent to the imposed penalties made by the Appellant, the Respondent appealed the administrative sanction to the Financial Intelligence Centre Appeal Board (the “Appeal Board”).  The Appellant relied on the Supreme Court of Appeal (the “SCA”) judgment, Natal Joint Municipal Pension Fund v Endumeni Municipality 2012 (4) SA 593 (A). It was stated, by the Appellant, that the provisions and regulations of FICA should be interpreted purposively. The Appeal Board did not agree with the Appellant’s argument, and agreed with the Respondent’s argument which, inter alia, relied on the Constitutional judgment of Democratic Alliance v African National Congress 2015 (2) SA 232 (CC). The Appeal Board provided that “it is a well-established principle that provisions that give rise to criminal and administrative penalties must be interpreted restrictively in cases of doubt and ambiguity”.

In making it’s finding, the Court considered the arguments as to whether purposive interpretation should be applied when looking at FICA and the regulations, or whether it should be interpreted restrictively. The Appellant stated that FICA does not impose possible criminal prosecution on accountable institutions – such as the Respondent. The Court provided that this was not so as “sections 51, 51A, 52, 53 and 54 of FICA, as well as section 29(8), specifically criminalise not only the conduct for which the penalties were imposed on the bank but the failure of virtually any duty imposed in FICA on accountable institutions”. The Court had agreed with the Appeal Board’s finding that it had difficulty in differentiating between this matter and the case of Democratic Alliance v African National Congress and Another (“DA v ANC”) and held that the penal provisions in FICA have to be interpreted restrictively.

Relying on Road Traffic Management Corporation v Waymark (Pty) Limited, the Appellant contested that purposive interpretation cannot be disregarded when dealing with provisions which impose administrative or criminal penalties. The Court disagreed with the Appellant’s submission and held “If counsel’s argument were accepted, it would result in the judgment in DA v ANC being ignored or being regarded as wrong. In my view, the Appeal Board correctly held that the present matter could not be distinguished from the decision in DA v ANC and that the penal provisions in FICA had to be interpreted restrictively”.

Based on the aforementioned interpretation of statute, the Court held that the Appeal Board’s findings in favour of the bank were correct. The Court dismissed the appeal with costs.