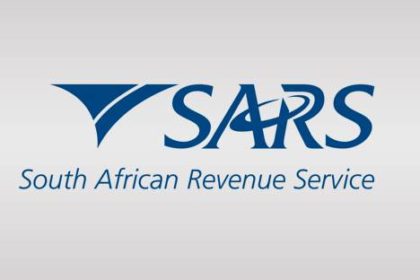 This is an application for declaratory relief, whereby SIP Project Managers (“the Applicant”) seeks to set aside and declare null and void the notice to appoint a third party, namely the Applicant’s bank being Standard Bank, in terms of the provision of section 179 of the Tax Administration Act of 28 of 2011 (“the Act”), by the South African Revenue Services (“SARS”) (“the Respondent”). Furthermore, it sought an order for the repayment of the amount of R1,261,077.00 (One Million, Two Hundred Sixty-One Thousand and Seventy-Seven Rand) which was subsequently paid over by the third party to the Respondent in terms of the section 179 notice, together with interest.

The Applicant contends that no letter of demand was delivered prior to the issue of the third-party notice which was required by section 179 of the Act. In the event that the Court finds that a demand letter was indeed delivered, the Applicant contends that the letter was premature as the debt was not yet due and payable at the specific point in time. Alternatively, that the required 10 business day period prior to the issue of the third-party notice in terms of the Act had not expired by the time that the notice was in fact delivered.

The Respondent contends that a valid letter of demand was delivered to the Applicant, as stipulated by the Act. The Respondent mainly relies upon a letter dated 7 November 2019.

“A senior SARS official may authorise the issue of a notice to a person who holds or owes or will hold or owe any money, including a pension, salary, wage or other remuneration, for or to a taxpayer, requiring the person to pay the money to SARS in satisfaction of the taxpayer’s outstanding tax debt.”

This section allows the Respondent to collect outstanding tax debts by requiring any debtor of a taxpayer, upon notice, to make payment of the outstanding amount to the SARS and not the taxpayer.

Furthermore, section 179(5) provides that a third-party notice may only be issued after delivery to the taxpayer of a final demand for payment and which demand must be delivered at least 10 business days prior to the issue of the notice.

Accordingly, the court accepted the Applicant’s version, and found that no letters of demand was delivered to the taxpayer which is required by section 179(5) of the Act. Further to the above, the court held that the requirement in terms of section 179(5) of the Act that a final letter of demand be delivered to the taxpayer at least 10 business days before a notice in terms of section 179(1) of the Act is issued, is peremptory and was not adhered to by the Respondent. Moreover, as at the date when the letter of demand was allegedly sent to the Applicant, being 7 November 2019, the amount had not yet become due and payable as per the assessment, the amount would only be due after 30 November 2019. As such, the letter was premature.

The court had to enquire whether such non-compliance was fatal to the notice issued to the bank, as such debt was indeed owing by the Applicant stemming from the additional assessment. The court had regard to the purpose of section 179(5) of the Act, and provided that the section was introduced to limit the powers of the Respondent to recover tax debts by appointing third parties (such as a bank in this scenario) without advising the taxpayer of its intentions. Therefore, the court held that non-compliance with section 179(5) of the Act was fatal to the notice to the bank and rendered legal process unlawful.

It was declared by the court that the notice issued by the Respondent to the bank was null and void, and accordingly ordered the Respondent to repay the amount of R1,261,077.00 (One Million, Two Hundred Sixty-One Thousand and Seventy-Seven Rand) to the Applicant.

This decision is considered a victory for both taxpayer rights and the wider cause of administrative justice, as taxpayers have a right to be notified before the South African Revenue Service appoints an agent (such as a bank) to collect outstanding tax debts owed to it.

The primary issue that the court had to determine was whether the Respondent had complied with the requirements of section 179(5) of the Act in causing the Applicant’s bank tax amounts due to the Respondent by the Applicant. The Court consequently ruled that the final demand was issued before the tax debt was due and payable and declared the subsequent notice issued to be null and void.