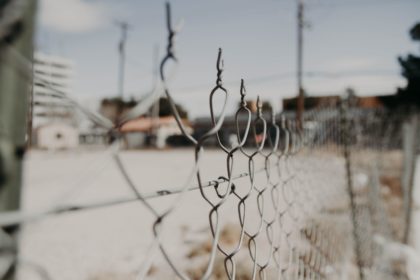 Xolani Khomo (“the Accused”) pleaded guilty to murder. The provisions of section 51(2) and Part 2 of Schedule 2 of the Criminal Procedure Act (“the Act”) were applicable to the charge in terms of which the Accused, being a first offender, faced a minimum sentence of 15 years unless substantial and compelling circumstances existed which justified the imposition of a lesser sentence. The case was heard in Court for the purposes of sentencing.

The Accused pleaded guilty in accordance with section 112(2) of the Act. In his plea he stated that he was at his home one evening with his brothers, girlfriend and several other friends. All individuals present were socialising and consuming alcohol from 17h00 to 23h00. After the Accused’s brothers went to bed and his girlfriend and friends returned home the Accused continued drinking on the veranda of his home.

The Deceased died at the scene whereafter the Accused ran to his girlfriend’s house informed her of what he had done and then attended at his neighbour, a policeman, and informed him that he had killed the Deceased. After being arrested and pleading guilty the Accused submitted that sufficient mitigating factors existed which justified the imposition of a lesser sentence namely that, the murder was not planned, the consumption of alcohol contributed to the commission of the offence, the Accused immediately admitted guilt and that the Accused was remorseful. Aggravating factors were presented to the Court by the State which consisted of 2 victim impact statements from the Deceased’s mother and younger sister explaining the gruesome nature in which the offence was committed, that the Deceased had a 3 year old child and that murder and violence, particularly against women, was prevalent in the area. The State submitted that a more severe sentence than the minimum sentence was warranted in light of the aforementioned factors.

One of the mitigating factors presented was that the Accused was remorseful for his actions. The Court referred to the case of S v Matyityi 2011 (1) SACR 40 (SCA) wherein it was held that a plea of guilty in the face of an “open and shut case” is a neutral factor and that there is a difference between regret and remorse. In order for remorse to be factually present the penitence must be sincere and the Accused must take the Court fully into his confidence.

The Court found that the Accused had in fact not taken the court into his confidence in that he had failed to state exactly what insults were levelled against the Accused which lead to such a violent attack. This coupled with the fact that, by pleading guilty, the Accused did not subject himself to examination and cross-examination swayed the Court into finding that the Accused was not genuinely remorseful. In applying the same reasoning aforesaid, the Court further held that Provocation could not be seen to be a mitigating factor as the Accused did not indicate what was said during the alleged insults.

In considering the aggravating factors, the Court went onto consider the grave violence being perpetrated against the women of South Africa and referred to several recent statistics in this regard. The Court acknowledged that the community at large expect our Courts to protect women against violent crimes. The Court acknowledged that it was unclear whether the Accused had committed the murder because the Deceased was a woman, but it was held that what was clear was that the Accused could not apparently tolerate being insulted by the Deceased and as a result thereof violently attacked and killed her for it.

The Court further held that it was clear that the death of the Deceased had a devastating effect on her mother whose anguish was clear to see during the plea proceedings. The Court further acknowledged that the Deceased’s child would grow up without a mother for the simple fact that the Accused could not handle an insult. The Court reaffirmed that it must not allow public opinion to override the Court’s decision in weighing up all relevant factors. The Court went onto considering various other decisions to provide a guideline for the Court’s determination of an appropriate sentence. The Court finally stated that it had considered all the “usual” factors in arriving at its decision namely, the seriousness of the crime, the circumstances of the Accused and the interests of society namely deterrence, prevention and rehabilitation. The Court also stated that it had considered the factors unique to the present case namely, the violence and force used by the Accused, the Accused’s failure to disclose what provoked him to attack the Deceased in such a manner and the lack of an emotional relationship between the Accused and the Deceased which could explain the Accused’s violent reaction. Accordingly, the Court departed from the minimum sentence and imposed a harsher sentence of 20 years imprisonment on the Accused.