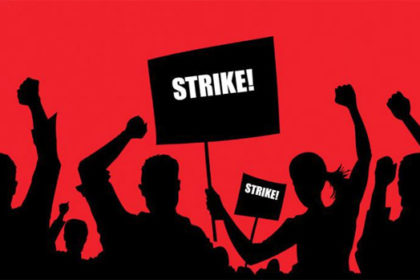 The appellants were jointly engaged in a rural bridge construction project in the Eastern Cape. The employees, who were construction workers residing in huts onsite, embarked on a 2-day unprotected strike (“the strike”) as they were aggrieved about their living conditions.

The employees were given three ultimatums by the employer wherein they were informed that: the strike was contrary to the provisions of the Labour Relations Act 66 of 1995 (“the LRA”), as amended, the offence would prejudice the company and they were further instructed to report for duty; failing which, they would be dismissed. The employees were ‘called upon to seriously consider the consequences of (their) actions and the effect of (their) actions on their continued employment with the company.’ The employees did not comply with the said ultimatums and were dismissed for embarking on an unprotected strike.

The National Union of Mine Workers (“NUM”), who represented 7% of the employees, referred an unfair dismissal dispute to the CCMA. The Labour Court (“LC”) accepted that the strike was in response to a legitimate demand for the provision of better electrical supply for heating, lighting and cooking needs. The strike was therefore not provoked by unreasonable management conduct. However, the employees had failed to engage senior managers on the issue, despite having had the opportunity to do so the day before the strike when the managers visited the site.

Despite the substantive fairness of the appellants response to the strike, the LC was critical of the their failure to “take the simple precaution of phoning a union official to try and make the strikers see reason even if the union did not have a majority presence in the workplace and was not a recognised representative of the employees.”

The appellants contended that the reason for their failure to contact the union, before dismissing the employees, was because there was no recognition agreement with it.

The LC thus held that the dismissal of the employees was substantively fair but procedurally unfair and ordered the appellants to pay the employee’s compensation equivalent to six months salary each.

The only substantive issue on appeal was whether an employer is obliged, in terms of Item 6(2) of the Code of Good Practice: Dismissal (Schedule 8 to the LRA 1995) (“the Code”), to contact a trade union official of any trade union regardless of its representative status at the workplace.

The Labour Appeal Court (“LAC”) stated that Item 6(2) of the Code is a guideline, which ought to be followed, but is not strictly binding in that Schedule 8 is not a legislative part of the LRA. However, in its application, it should be interpreted to give effect to the primary object of the LRA which is to promote orderly collective bargaining.

In this case, NUM did not enjoy any organisational rights under Chapter III of the LRA, and it was likely that it was not entitled to them on grounds of it not being sufficiently representative, nor was it a party to a recognition agreement with the employer. There was therefore no duty on the appellants to contact the union in terms of Item 6(2) of the Code before issuing the ultimatums or dismissing the employees. It follows that the dismissal was not procedurally unfair.

The appeal was upheld, and the order of the LC was set aside and substituted with an order dismissing the application.

The duty of an employer to contact a trade union in terms of Item 6(2) of the Code is restricted to trade unions enjoying organisational rights and/or unions that are sufficiently represented.

Whether or not an employer is obliged, in terms of Item 6(2) of the Code, to contact a trade union official of any trade union regardless of its representative status at the workplace.