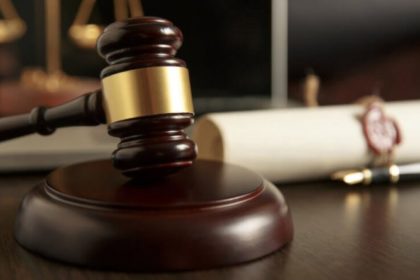 By Celeste Frank and checked by Jordan Dias

This appeal concerns the assets of the estate of the late Mr Phago (“the Deceased”) who died intestate on 22 December 2012. Ms Matsatsi Monyepao (“the Appellant”), and Ms Mokgaetji Ledwaba (“First Respondent”) both claim to have been married to the Deceased, in terms of customary marriages, at the time of his death.

The SCA held that, in order for the marriage between the First Respondent and the Deceased to have been brought to an end, prior to the death of the Deceased, a decree of divorce (in terms of section 8 of the Recognition of Customary Marriages Act (“the Act”)) would have had to be issued, which was neither alleged nor proved. Therefore, there was no factual basis for finding that the First Respondent’s customary marriage to the deceased was terminated in February 2008.

It was held that the First Respondent’s purported civil marriage to Mr Kwele had no impact on the validity of her prior customary marriage to the Deceased and therefore, it was a nullity.

In respect of the forfeiture of benefits, the SCA considered section 8(4) of the Act which provides that when a court grants a decree of divorce in respect of a customary marriage, it has the powers contemplated, inter alia, in section 9 of the Divorce Act (“Divorce Act”).

Section 9 of the Divorce Act states the following:

“when a decree of divorce is granted on the ground of the irretrievable break-down of a marriage the court may make an order that the patrimonial benefits of the marriage be forfeited by one party in favour of the other, either wholly or in part, if the court, having regard to the duration of the marriage, the circumstances which gave rise to the break-down thereof and any substantial misconduct on the part of either of the parties, is satisfied that, if the order for forfeiture is not made, the one party will in relation to the other be unduly benefited.”

It is clear from s 9(1) of the Divorce Act that the power of a court to order the forfeiture of benefits arises only as an adjunct to a decree of divorce.  The SCA held that this can only be made by one party to a marriage against the other in divorce proceedings. Consequently,  the Appellant had no standing and the SCA had no jurisdiction to order that the First Respondent forfeit the benefits of her marriage to the Deceased.

The appeal was dismissed with costs.

In this case, our attention is drawn to customary marriages in South Africa. The case emphasises that when a person civilly marries “X” it will have no impact on the validity of the prior customary marriage that that person may have had with “Y”. Furthermore, unless the proceedings are of a divorce nature, the court has no jurisdiction to order forfeiture of benefits and any third party requesting such an order, where they are not a party to the marriage, has no standing.