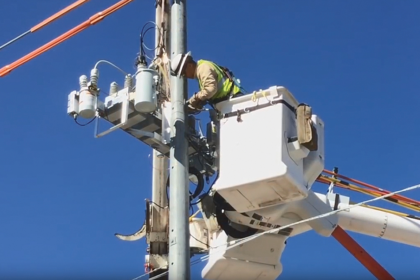 Mitsubishi Hitachi Power Systems Africa (Pty) Ltd (“the Appellant”) as a contractor, concluded an agreement (“the Main Contract”) with Eskom Holdings SOC Limited (“the Second Respondent”), as the employer. The Appellant then proceeded to concluded subcontracts with Murray and Roberts Ltd (“the First Respondent”) to carry out a portion of the work. The agreements concerned the construction of the Medupi and Kusile power stations.

The First Respondent referred the dispute to a Dispute Adjudication Board wherein the adjudicator found that, although the First Respondent enjoyed a contractual right to the disclosure of the Incentive Agreement, without the Second Respondent’s consent, the Appellant is bound by the Main Contract insofar as to keep the Incentive Agreement confidential. Therefore, the adjudicator stated that compelling the Appellant to make the disclosures would place it in breach of the Main Contract with the Second Respondent.

The First Respondent launched an application in the High Court to secure the disclosure is sought. The Court order directed the Appellant to disclose the Incentive Agreement and all relevant details relating thereto, including the actual benefits received from the Second Respondent.

The Court held that a refusal to make disclosure fails to accord with the principle of good faith, therefore the Court found that the First Respondent enjoys the contractual right to disclosure, so that it may ascertain and enforce its rights in terms of clause 11.3.

On the issue of confidentiality, the Court held that the First Respondent, as a subcontractor, does not qualify as a third party for the purposes of determining the scope of the Appellant’s obligations under clause 1.12. This clause provides that the Appellant, as the contractor, may not disclose or make available information regarding the contract or the project to any third party.

The appeal was dismissed with costs and the Appellant was directed to disclose the relevant information to the First Respondent.

The Supreme Court of Appeal enforced the principle of good faith and confirmed that it is integral to how parties make and perform their contracts in the spirit of partnership, cooperation and trust.