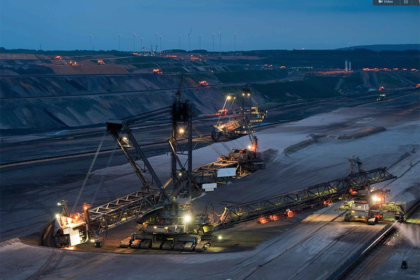 This case concerns a coal supply agreement (“the Agreement”, entered into in September 2011 between Kuyasa Mining (Pty) Ltd (“the First Applicant”), Delmas Coal (Pty) Ltd (“the Second Applicant”) and Eskom Holdings Soc Limited (“the Respondent”), sought to be cancelled by the First and Second Applicants in October 2018. The proposed cancellation of the Agreement was then referred, in February 2019, to arbitration by the Respondent wherein the Applicants themselves filed a counterclaim.

The Respondent argued, as per clause 33.6.2 of the Agreement, that it had been afforded the right to appeal, including an appeal of the decision of the arbitration in the application to compel. The Respondent further argued that the fact that the arbitrator’s decision in an application to compel may be rendered interlocutory nature did not render same an appealable decision, arguing rather that the furnishing of the documents sought in the discovery would have an effect which would be final in nature once handed over.

Further in support of its argument, that Respondent alleged that the documents sought by the Applicants contained confidential third-party information and the furnishing of same would adversely affect future tender or business processes. As such, appealing the arbitrator’s decision ordering the discovery of such information would, in the circumstances, be in the interests of justice.

The court thereafter cited the relevant clauses of the dispute resolution clause of the Agreement, which state, inter alia, as follows:

“33.6.1.1. either Party may refer the Dispute to be finally resolved in accordance with the rules of the Arbitration Foundation of Southern African “AFSA”)…

33.6.1.5. subject to the provisions of clause 33.6.2 the Parties irrevocably agree that the decision in any such arbitration proceedings will be final and binding on them, will forthwith be put into effect and may be made an order of any court of competent jurisdiction”

33.6.2. Either Party has the right to appeal against the decision of the arbitrator appointed in terms of clause 33.6.1.1 provided that this is done within 30 (thirty) days of receipt by the Parties of the arbitrators award….”

The Court identified two issues to be decided upon in this matter:

“The real and only issue is whether the arbitrator’s order dismissing the exception, would if it had been made by the High Court have been regarded as an order having final effect, and thus appealable to the SCA.”

Thereafter, the court considered the nature of arbitration proceedings and same being the preferred mechanism for dispute resolution in the disputed Agreement. The court then referred to the judgment of Lufuno Mphaphuli & Associates (Pty) v Andrews and Another, which highlighted, inter alia, the following in relation to arbitration proceedings:

The court thereafter considered the wording of the Agreement concluded between the parties, referring to clause 33.6 thereof, which makes reference only to “the decision”. In interpreting the Agreement, the court highlighted the wording of same, with the use of the definitive wording “the”, as opposed to the indefinite wording that the inclusion of “a” would result in. The respondent argued that the use of such definitive wording is “used to make a generalized reference to something rather than identifying a particular instance.” However, the court found that the juxtaposition of the word “decision”, grouped with the definitive wording, indicates that the Agreement is referring to a specific judgment having been made, following due consideration thereof.

The court, in highlighting the accepted approach to interpretation of the wording of the Agreement, identified the judgment of Natal Joint Municipal Pension Fund v Endumeni Municipality, in which it recorded, inter alia, the following pertinent rules of interpretation:

In light of the circumstances of the matter, the court found that the Agreement between the parties provides for an appeal procedure only in respect of a final decision of the arbitrator.

The court then considered whether the decision of the arbitration, in the application to compel, constituted a final decision. The court took into account the process of the discovery and the purpose served thereby. An order or decision to compel discovery would ordinarily constitute an interlocutory matter. As a result, such orders are not, in the ordinary course, appealable. The court however highlighted that this did not constitute an inflexible rule and there exist certain circumstances where parties have been granted leave to appeal such orders.

In the present matter, the Respondent argued that the decision of the arbitrator should be appealable as once the process of discovery had been complied, same would result in irreparable prejudice being inflicted on the Respondents.

However, the purported prejudice which the Respondent claims it would suffer following the process of discovery, was placed before the arbitrator in making the decision and same was referred to in the arbitrator’s ruling, wherein the following was recorded:

“In each case where the financial data contains particulars of third-party suppliers of coal to Eskom, their full names and such further particulars as may render their identity determinable shall be redacted from the said financial data.”

The court found that purported prejudice to be suffered by the Respondent, when viewed against the specific terms of the decision of the arbitrator, together with the Applicant’s rights to properly defend the claim against them and prosecute their counterclaim, is misleading. Notwithstanding the aforementioned, the Respondent had, in fact, initiated the arbitration proceedings and thereafter sought to frustrate such proceedings by withholding relevant documents. The court highlighted the need for parties to take into consideration the consequences of their decision to initiate litigation and arbitration proceedings.

The court concluded that the decision of arbitrator, in ordering the Respondent to make discovery of certain documents, was not an appealable decision, in light of the terms of the Agreement.

The case provides significant value on the rules of interpretation applied by courts in relation to certain documents and the factors to be taken into account therein.

The court concluded that the decision of the arbitrator, in line with overall purpose of arbitration proceedings, the wording of the Agreement and the terms of the arbitrator’s ruling, was not appealable.

Interpretation of arbitration agreements and the appealability of arbitrator’s rulings.