IN THE LABOUR APPEAL COURT OF SOUTH AFRICA, JOHANNESBURG 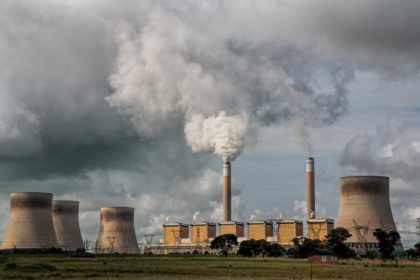 In the matter between:

MI MAPONYA AND 7 OTHERS – Second Respondents

Summary: Contractual claim – employer implementing ad hoc salary
adjustment but not at the amount stipulated in the memorandum – employee claiming specific performance for the payment of arrears – employer contending that the signatory of the ad hoc salary adjustment letter not having the authority to unilaterally adjust salary – the court held that a valid contract between the parties providing for the initial salary increases could not have lawfully come into existence in the absence of authorisation – Labour Court’s judgment set aside and Appeal upheld with costs.

[1] This appeal concerns a contractual claim for arrear salaries; in particular, whether the appellant lawfully awarded ad hoc salary increases to second and further respondents on 10 May 2012.

[2] Much of the factual matrix was a common cause. During the latter part of 2011, appellant decided to award ad hoc salary increases to a category of
employees which included second and further respondents (‘the employees’). The decision was a unilateral one which was taken by members of the appellant and was not a result of prior negotiations or an agreement between the appellant and respondents. The employees in question fell within the ambit of the Basis Salaries for Bargaining Unit Employees, Grade TO 4 – P13. Their ad hoc salary increases were designed to ensure that employee salaries were market-related.

[3] Pursuant to this decision, a letter was generated by the appellant, headed “Salary Review- Salary Adjustment”. It read thus:

All other Conditions of service will remain unaltered.

Thank you for your continued contribution.

You are one of our Guardians – helping us power this great nation.’

[4] It appears that employees were provided with this letter which was contained in a closed envelope. Their respective managers, Mr Duren Maharaj and Mr Gladstone Moroke, explained to the employees that they were part of a group which was to receive salary adjustments. The employees opened their letters and appeared to be happy with the contents thereof. There was no further engagement in regard to the proposed salary adjustments.

[5] On 22 May 2012, the employees received their electronic payslips. The
amounts reflected on the payslips were less than the amounts which the
appellant had informed the employees to be the adjusted salary, subsequent
to the proposed increase contained in the letter of 10 May 2012.

[6] Upon queries by the employees, a second letter was generated by the
appellant on 25 May 2012. The date of this letter was incorrectly dated as 10
May 2012. It was headed “Revised Salary Review – Salary Adjustment” and
indicated the revised post salary adjustments, which were clearly lower than those provided for in the first letter of 10 May. Although the employees
refused to acknowledge this unilateral revision, appellant paid the employees according to the revised salary amounts as reflected in the second letter.

[7] A grievance session was held on 30 July 2012 but this did not result in a
resolution of the dispute, as a result of which respondents approached the
court a quo with a contractual claim for specific performance based on s 77
(3) of the Basic Conditions of Employment Act 75 of 1997.

[8] Mamasebo AJ upheld respondents’ claim, finding that Mr Masango, the
general manager, who had signed the letters of 10 May 2012, which contained the initial ad hoc salary adjustments, had the authority to approve them in terms of the procedure agreed to between the appellant and first respondent.

[9] Turning to the question raised as to whether the initial letters contained
reasonable and justifiable errors which rendered the initial offer of no force and effect, the learned judge held as follows:

‘It is inconceivable that Mr Masango did not even bother to read the letters
before appending his signature thereon. In my view, Eskom cannot claim
that the error is Justus. I am not satisfied that Eskom has discharged the onus to show that its mistake was reasonable. I am therefore not persuaded
by Eskom’s defence of mistake. It is my view that the applicants stand to
succeed in their claim.’

[10] With the leave of this Court, the appellant appeals against the order of the court a quo.

[11] The evidence indicates that the decision to increase salaries was
communicated to relevant managers in a memorandum of 15 December
2011, written by one Bhabhalazi Bulunga, the divisional head of the Human
Resources Department of the appellant. In terms of paragraph 2 of this
memorandum, the remuneration of the employees had to be compared with what other outside employers were paying their employees in similar
positions and for similar work. This comparative exercise guided the decisionmaking process in the determination of the salary increases which were to be granted, the objective being to ensure salaries which were as close as possible to market related salaries. This exercise of comparison was then reflected in a spreadsheet which contained a heading “Final Proposed
Salary”. The increases had been approved by the executive manager Kobus
Steyn.

[12] Once this approval was obtained, the spreadsheet was sent to the Human Resources Department of appellant to generate the requisite letters to inform the employees of the salary increases. Instead of reflecting the salary increases as contained in the relevant column (column E), the Human Resources Department made a mistake and reflected the increases as contained in column; “that is the increases which were contained in the letters of 10 May 2012 but which were not correct, in terms of the amounts reflected in the final proposed salary column in the spreadsheet.”

[13] Mr Boda, who appeared on behalf of the appellant, submitted that the
increases, as reflected in the initial letter of 10 May 2012, had not been duly
authorised. It was common cause that Mr Masango was not the Divisional
Managing Director, who was the office-bearer possessed of the authority to
approve the salary increases as contained in the letter.

[14] This submission was supported by the contents of subparagraph (b) of the Basic Salary for Bargaining Unit Employees document which contained the following clause:

(a) Individual salary adjustments, for example, market-related
adjustments can take place during the year on a one-to-one basis
based on a mechanism determined by the Divisional R & B Manager
and agreed to by the respective Managing Director.

[15] Significantly, in respondents’ statement of claim, reference was expressly made to this paragraph in order to set out the requisite procedure for granting salary increases. To the extent that there is any doubt about this acknowledgement, the pre-trial minute reflects the following:

‘The Respondent’s process of adjusting salaries is not a one-man process.
In terms of paragraph 3.12 (a) of the Basic Salary of Bargaining Unit
Employee, the ad hoc salary adjustments are determined by the Divisional R
& B Manager and agreed to by the respective Managing Director.’

[16] Given this agreement and the absence of any evidence that the Divisional Managing Director approved the salary increases relied upon by the individual respondents, Mr Boda’s submission was unassailable. In short, a valid contract between the parties providing for the initial salary increases could not have lawfully come into existence in the absence of authorisation thereof by the Divisional Managing Director.

[17] This conclusion renders irrelevant an examination of the doctrine of justus error and its application to the present case as relied upon by the court a quo. Mr Malan, who appeared together with Ms Jackson on behalf of the respondents, tentatively submitted that the doctrine of ostensible authority could be invoked in favour of respondents.

[18] There has been a keen debate recently about whether ostensible authority can be distinguished from estoppel or whether in effect ostensible authority is a form of estoppel. See the judgments of Jafta J and Wallis AJ in Makate v Vodacom (Pty) Ltd 2016 (4) SA 121 (CC). Mercifully, there is no need to deal with this question in that there is no evidence to suggest that the respondents were misled into believing that any ad hoc salary increase could have been granted, absent the approval of the Divisional Managing Director and that the provisions of the Collective Bargaining Agreement could have been bypassed. This requirement was known to the respondents. It was expressly provided for in the Basic Unit Services Conditions document. Furthermore, respondents admitted such by virtue of the manner in which they drafted their statement of claim. There cannot, therefore, on the evidence, be a breach of contract committed by appellant, which would justify the respondents’ claim.

[19] For these reasons. the following order must be made:

1. The appeal is upheld with costs.

‘The claim is dismissed with cost