How do Section 78(5) Re-Valuations Work? 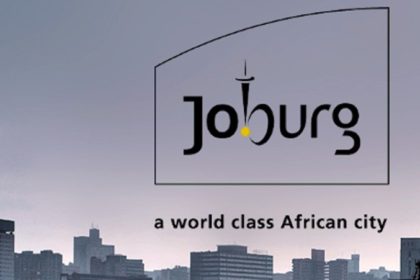 Over the last few weeks, Schindlers has received an influx of reports confirming that the City of Johannesburg Metropolitan Municipality (“COJ”) is currently embarking on a process of conducting section 78(5) valuation reviews. This process entails COJ the reconsidering the current valuation and/or categorisation of a specific property. What is of particular concern with these review processes is the outcome thereof, which may result in a significant change in either the valuation allocated to the property or its categorisation. Under the circumstances, we believe it is necessary to republish this article, to empower the public with information pertaining to the law relating to this process.

A completely diﬀerent process, called a review (in terms of section 52 of the MPRA) would be triggered if the result of an objection was that the property value increased or decreased by more than 10%.  This would trigger the Appeals Board reviewing the decision of the municipal valuer, and this process happens automatically without the need for anyone to apply for it, and without any notice to any person that it is happening.

The most important amendments are to section 78(5) and (6), which (after amendment) now read as follows: –

(b) The notice referred to in paragraph (a) must inform the property owner that he or she may lodge a request for review with the municipal manager in writing, within 30 days after the posting of the notice in respect of any matter reﬂected in the supplementary valuation.

(c) The municipal valuer may adjust the valuation on consideration of the request for review contemplated in paragraph (b).

The amendments to section 78 introduced a new mechanism for the municipality to revalue/re-categorise properties.

The ‘old’ procedure under section 78(1) – (4) required that a municipality put a property onto a supplementary valuation roll when it wanted to re-value or re-categorise it at any time other than while a general valuation roll was open.

However, the newly inserted section 78(5) empowers a municipality to re-value or re-categorise a property simply by sending the property owner a notice to that eﬀect.

Rates based on the revaluation/re-categorisation become payable either immediately or from the 1st day of the month following the date of posting of a section 78(5) notice, regardless of whether the property owner follows any review/objection procedure to dispute the change.

The municipality is then obliged, when the next supplementary roll is published, to put the property onto that roll, so that the owner can (if they chose) object formally to the re-valuation/re-categorisation that was done in terms of section 78(5).

Rates continue to be charged on the revised value/categorization until the dispute is ﬁnalised, at which point they are reversed if it is ultimately determined that they should not have been charged in the ﬁrst place.  Very much a “pay now, argue later” mentality.

What does this mean for owners who receive section 78(5) notices?

An owner who receives a section 78(5) notice can do one of three things: –