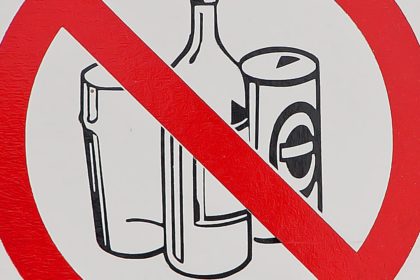 On 15 July 2020, members of the South African Police Service (the “SAPS”) arrested an employee of Meimei Dong (the “Applicant”) for allegedly contravening Regulation 44(1) of the Disaster Management Act 57 of 2002 (“the Act”). The said employee allegedly unlawfully sold and/or distributed two bottles of alcohol; the charges of which remain pending. The members of the SAPS consequently seized both bottles of alcohol from the employee during the arrest.

Consequently, the Applicant brought an urgent application against the National Commissioner of Police (the “First Respondent”) and the station commander of Silverton Police Station (the “Second Respondent”) in the North Gauteng High Court, Pretoria (“the Court”) for a spoliation order to ensure the immediate restoration of possession of her property.

The First Respondent denied that the acts by its members constituted “spoliation” (or the wrongful deprivation of the Applicants right of possession). It alleged that the members in its service elected to seize the Applicant’s property, without a warrant, by virtue of the contravention of Regulation 44(1) of the Act. It was further alleged that members of the SAPS are, in light of section 20 of the Criminal Procedure Act 51 of 1977 (the “Criminal Procedure Act”), entitled to seize anything “which is concerned in or is on reasonable grounds believed to be concerned in the commission or suspected commission of an offence, whether within the Republic or elsewhere.”

In coming to its conclusion, the Court, citing Yeko v Qana 1973 (4) SA 735 (A), confirmed that in obtaining a spoliation order, the Applicant bears the onus to prove that he/she had the required possession of the property and that he/she was deprived thereof. Thus, in order to succeed, the Applicant had to prove that the she was in de facto (or actual/physical) possession of the property at the time of being despoiled, and further, that the Respondents deprived her of possession forcibly or wrongfully, without her consent.

The Court stated that in order for the Respondents to successfully raise a defence against the Applicant’s spoliation application, the following had to be demonstrated:

The Court held that the warrantless search and seizure conducted by the members of the SAPS at the Applicant’s business premises was unlawful and invalid.

The Court asserted that the two bottles of alcohol in possession of the arrested employee were the property of the Applicant which were rightfully seized by the members of the SAPS, in accordance with section 20(b) of the Criminal Procedure Act. However, the property situated in the storeroom of the restaurant, which was the subject matter of this application, did not form part of the alleged contravention or involved in any offence.

In addition, the Court stated that the First Respondent failed to demonstrate that the property within the storeroom was taken with the permission of the Applicant or seized in terms of a statutory provision or court order, which is required for a valid defence of spoliation.

Consequently, the Court ordered the Respondents to restore the Applicants possessions within 48 (forty eight) hours of the granting of the order.

This case highlights the key principles of spoliation applications (or mandament van spolie) and reiterates that no man, including the members of the South African police force, may take the law into their own hands by forcefully, and without consent, dispossessing another of their property. This is with the exception of a court order, statutory provision or if the owner/possessor thereof has consented to same.

The Applicant was granted urgent relief against the Respondents for the immediate restoration of the possession of her property which was despoiled (or confiscated) from her in her absence and without complying with the provisions of the law.