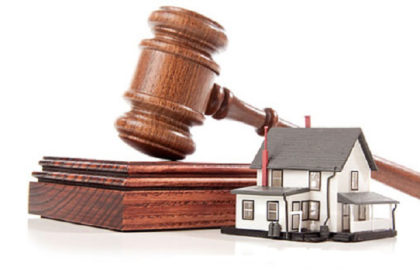 Disputes in community living schemes arise often, more so now given the current financial difficulties posed by the COVID-19 global pandemic. Where such a clause exists, a determination would have to be made as to whether the parties should or could approach the Community Schemes Ombud Services (“CSOS”) for the relief sought or refer the matter to arbitration.

This article focuses mainly on dispute resolution in respect of share block schemes where the Memorandum Of Incorporation (“MOI”) establishing the scheme contains an arbitration clause requiring parties to go to arbitration in the event of a dispute. It also applies where the rules of a sectional title scheme (the Conduct and/or Management Rules) contain such a clause.

What is a dispute?

Before we start looking at whether a dispute needs to go to arbitration or CSOS, we first need to know what a ‘dispute’ actually is. For example, if a body corporate is seeking to recover payment of unpaid levies, and the owner does not object to their calculation or give any reason for non-payment, and simply does not pay, does this constitute ‘a dispute’, or is this a mere case of non-payment? Our courts have held that this scenario does not count as a dispute. What happens if an owner says that they do not owe the amount charged, but refuses to give a reason for this denial of liability? Our courts have confirmed that a denial of liability, without any reason, does not constitute a dispute in law. This appears from the judgments in Body Corporate of Greenacres v Greenacres Unit 17 CC and Another1 (“Greenacres”) and Body Corporate of Via Quinta v Van der Westhuizen N.O. and Another2 (“Via Quinto”).

“The onus of showing that there is indeed a dispute, is on the party who files a Special Plea. The party wishing to avoid arbitration then bears the onus of persuading the court to exercise its discretion against staying the action, but such onus is one “which is not easily discharged”, wherefore that party needs to make out a “very strong case”. That is because he is seeking to deprive the other party of the advantage of arbitration to which the latter is entitled.”

If, then, you want to recover amounts owed for levies, the body corporate or share block or home owner’s association does not need to go to arbitration first, even if there is a clause in the MOI or rules that refer all disputes to arbitration, because there simply is not dispute.

If there is a ‘dispute’ and the MOI or rules contain a provision saying that arbitration must take place, can the dispute be referred to CSOS before arbitration takes place?

Must the Arbitration Clause or Arbitration Agreement always be honoured before a dispute can be referred to and dealt with at CSOS?

There are guidelines, but no hard and fast rules to definitively answer this question. The answer is probably no, although there is some room for argument in the opposite direction and each case is to be decided on its own facts.

The Court in Via Quinta canvassed the issue comprehensively, with reference to rules created to a sectional title scheme (not in relation to the provisions of a company’s founding documents). Several key findings by that court (based on prior decisions in other cases) are the following:

➢ An arbitration clause/agreement does not automatically mean that a court (or CSOS) cannot hear the matter provided that both parties are in agreement that the matter be dealt with by a forum other than arbitration, and there are compelling reasons why the matter ought not to go to arbitration first.

Can a dispute go to CSOS if Arbitration is already pending?

Section 40 of the CSOS Act 9 of 2011 provides that CSOS may require proof that all internal remedies have been exhausted before it will accept a claim lodged. Section 42 provides that CSOS may reject the claim if this evidence is not furnished. This however, does not mean that CSOS is guaranteed to decline to decide the matter. CSOS will decide each case on its own facts.

Can a dispute “switch forums”?

Were CSOS to hear a dispute notwithstanding that the matter has already been referred to arbitration, the aggrieved party can raise a plea of lis pendens and argue this as a point in limine at CSOS, which may result in the CSOS adjudicators refusing to hear the matter because it is pending before another forum. However, if both parties agree to pend the arbitration proceedings and rather to refer the matter to CSOS, this amounts to an amendment to the arbitration clause/agreement and would not be objectionable by either party.

It is worth remembering, however, that not all sorts of disputes can be dealt with at CSOS. There is limited relief available at CSOS and only certain kinds of disputes can be brought before this forum. If the dispute falls outside of the ambit of what CSOS can consider, and there is an arbitration clause/agreement, then the dispute would need to go to arbitration rather.

COVID-19 has had an impact on the ability of CSOS to operate as a dispute resolution forum. Matters lodged months ago are still not being dealt with. As a result, in the circumstances where CSOS is unable to service the public and resolve disputes due to COVID, arbitration would be the only formal option (other than court) in which the parties can ventilate the dispute. This practical consideration would also be considered by any person tasked with determining whether arbitration or CSOS is the appropriate forum for the ventilation of present disputes.

Generally speaking it costs nothing to institute action at CSOS whereas it costs thousands to arbitrate, as attorneys’ fees and arbitrators’ fees are payable. Generally speaking it is simpler to prosecute a claim at CSOS than it is to do so at arbitration. These practical factors militate against an interpretation of the law that requires arbitration before allowing a referral to CSOS, as this is, in essence, driving people into a more expensive and more complex dispute resolution forum.

Ordinarily an arbitration agreement/clause will be given effect to and will require a matter to be settled by arbitration. A party who intends to rely on this clause to avoid the dispute being dealt with in another forum, such as CSOS, can argue in that forum that the matter is not “ripe” for hearing because it should be dealt with first by arbitration. A party who does not want to go to arbitration can attempt to convince a court or other forum, such as CSOS, that it has the authority to hear the matter because practically speaking it is cheaper and quicker and simpler for the referral to CSOS, and allowing such a referral is in line with the principles of access to justice.

Although a court does have the discretion to allow a matter that ought to have gone to arbitration to be heard before it, rather than going to arbitration, there would need to be compelling reasons why the court should hear the matter before arbitration has taken place. It is not clear whether CSOS has such a discretion – it does not appear to be the case. If the parties agree that the matter may proceed in another forum even despite the arbitration clause/agreement, this is perfectly lawful.

However, each case will be decided on its own facts.

Caveat: Please note: this article is for general public information and use. It is not to be considered or construed as legal advice. Each matter must be dealt with on a case by case basis and you should consult an attorney before taking any action contemplated herein.