COVID-19: Temporary Impossibility of Performance and the Reciprocal Obligation for Payment 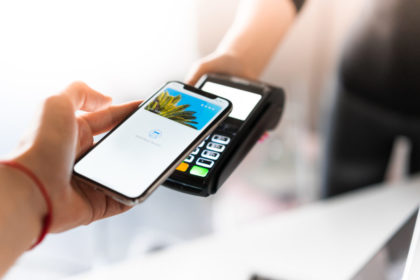 COVID-19 has resulted in a national lockdown, having consequences on the performance of contractual obligations, where parties to reciprocal agreements are unable to meet their obligations to one another, resulting in a temporary impossibility of performance. In these circumstances, parties can rely on the exceptio non adimpleti contractus (‘the exceptio’) to withhold payment where proper performance has not been rendered.

This article will consider temporary impossibility of performance, and the application of the exceptio, in the context of pre-schools and nursery schools. Many schools have taken this opportunity to implement digital or remote learning, in order to compensate for the partial loss of the school year, however, for many pre-schools and nursery schools, it is not possible to relocate schooling to a household setting during the lockdown. Thus, can schools claim payment for fees from parents, in situations where no effort has been made to implement digital or remote learning?

THE PRINCIPLE OF RECIPROCITY

The forced closure means that pre-schools and nursery schools are no longer able to fulfil their obligations, resulting in a temporary impossibility of performance, due to no fault on the part of the school. In this regard, the school is excused for their failure to perform, as the forced closure, and resultant impossibility of performance, could not have been anticipated, or foreseen.

This impossibility affects the obligations as a whole, suspending the contract, and its performance, until such time as the obligations are possible again. This suspension is subject to an election by the creditor to cancel the agreement. The option to cancel, however, only arises if, in the context of the contract and the surrounding circumstances, the interruption continues or is expected to continue for an unreasonably long time.

If the schools find themselves unable to perform, as required in terms of the agreement (whether non-performance is complete or partial), then the school cannot claim full payment from the parents. In the case of partial performance from the school, the parents may still be liable for a reduced portion of the school fees, which reduction is on a case by case basis, and can be negotiated between the parents and the school. Should the school nevertheless claim specific performance (in the form of full payment), parents can rely on the common law remedy of the exceptio.

The exceptio is a defence in a reciprocal agreement, against a claim for specific performance, where counter performance was either non-existent or defective. This is a temporary defence, which provides the non-performing party with the opportunity to render proper performance.

The court in the case of Thompson v Scholtz (1999 (1) SA 232 (SCA)) found that a lessee would be entirely absolved from their obligation to pay rent if they are deprived or partially deprived of usage, emphasising that if the lessee obtained no beneficial use and enjoyment of the property, a proportionate reduction would entitle the lessee to reduce the rental payment to zero, until counter obligations have been fulfilled.

In light of the above, where the school has failed to perform its obligations in terms of the agreement, as a result of impossibility of performance or otherwise, parents are entitled to withhold payment and to afford the school an opportunity to remedy the defective performance. Should the school be unable to perform appropriately, the school’s claim for fees would fall away.

It is important that contracting parties ascertain their legal position, before any action is taken in terms of the agreement or anyone acts based on the exceptio. Remember, this right is a contractual common law right that will find effect depending on the terms of the contract and it is essential for a professional to examine the contract to determine if you are in a position to enforce the exceptio. If the school has arranged for appropriate measures to be put in place for the continued education of the learner, the parent may not have reliance on the exceptio, as the school may have discharged its obligations under the agreement.

The exceptio finds application in all types of reciprocal agreements. However, in order to determine the extent of its application, the specific contract and surrounding circumstances would need to be investigated.