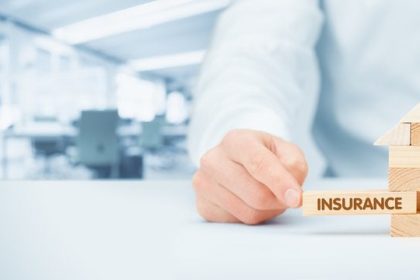 By Elani Vogel and checked by Wesley Pons

In this matter, Café Chameleon, a Cape Town based restaurant (“the Applicant”), approached the Western Cape High Court on an urgent basis for a declaratory order that its insurance company, Guardrisk Insurance Company  (“the Respondent”), is obliged to indemnify it as a policyholder, in terms of the Notifiable Disease Extension (“the Extension”) in the Business Interruption section of the policy, for the loss suffered as a result of the interruption to business caused by the COVID-19 pandemic and resultant National Lockdown.

On 15 March 2020, the Minister of Cooperative Governance and Traditional Affairs (“the Minister”) declared the COVID-19 pandemic a national state of disaster, pursuant to which Regulations were published. On 26 March 2020, the Regulations were amended, and Level 5 Lockdown was introduced from 26 March 2020 to 16 April 2020, and eventually extended to 30 April 2020. Such Regulations, inter alia, provided that all businesses and entities shall cease operations during the lockdown, save for those who were in the business of providing ‘essential goods or services.’ It is well known that the Regulations in force during Level 5 Lockdown stipulated that restaurants were to be closed to the public. On 1 May, Level 4 Lockdown commenced. The Level 4 Regulations contained no provision prohibiting restaurants from opening, however, operations were restricted to home delivery of hot cooked food.

The interpretation of the Policy was heavily debated. According to the Respondent, the Applicant should have purchased specific insurance cover for the losses that it may have suffered as a result of the National Lockdown. It further argued that such losses did not fall to be indemnified under a Notifiable Disease type extension clause and that, should the Applicant have been found to be indemnified for COVID-19 losses suffered, the effect on national and global insurance markets would have been dire.

The Extension clause in the Business Interruption section of the Policy on which the Applicant relied read as follows:

The Policy defines ‘Notifiable Disease’ as ‘illness sustained by any person resulting from any human infectious or human contagious disease, an outbreak of which the competent local authority has stipulated shall be notified to them, but excluding HIV, AIDS or any AIDS related condition.’

The Respondent argued that, since The City of Cape Town by-laws do not specifically require notification to it of a notifiable medical condition or communicable disease, the provision in the Policy relating to this had not been satisfied since the competent local authority had not stipulated that COVID-19 shall be notified to them. The Respondent further argued that the Applicant’s business was interrupted by lockdown Regulations which were promulgated to prevent the spread of COVID-19 in general, and not because of the presence thereof in a specific area. Accordingly, it was argued that the Applicant’s claim did not fall within the notifiable disease extension clause.

The court held that, since the Applicant was seeking declaratory relief with regard to the Respondent’s liability under the Policy and not the quantification thereof, it was clear that the antecedent liability of the Respondent was the primary dispute between the Parties and that the Applicant’s relief was capable of being entertained by the court.

The court restated the established approach to interpreting contracts, and held that when interpreting the Policy, the specific contractual terms to which the Parties assented to must be considered in a sensible manner, underpinned by sound commercial sense, and must not have an un-business-like result.

The fact that the obligation to report COVID-19 to a competent local authority stems from national legislation, and not subordinate legislation enacted by a local authority, was found to be irrelevant. The court interpreted the Extension as simply requiring the triggering of an obligation to report the disease to a local authority, which is exactly what the National Disaster Management Act did on 15 March 2020. It was held that the Respondent’s interpretation of the Extension would amount to ‘a narrow peering of words in isolation’, since it would essentially have the effect that an insured entity in Johannesburg (where the Health bylaws allow the local authority to stipulate the outbreak of a Notifiable Disease to it) would enjoy indemnification under the Policy, whereas the same insured entity located in Cape Town would not be covered under the Extension, due to the lack of such by-laws.

The court held that COVID-19 falls substantially within the ambit of the Extension and the fact that the Surveillance Regulations were made by National Government as opposed to a local authority, did not offend against the provisions of the Policy.

The court further held that it was no defence for an insurer not to honour its contractual obligations merely because its business had unexpectedly incurred greater debt than had been expected.

In casu, the court found that the Respondent was liable to indemnify the Applicant in terms of the Business Interruption section of the Policy for any loss suffered since 27 March 2020 as a result of the COVID-19 outbreak in South Africa, which resulted in the National Lockdown.

Insurance companies would be liable to indemnify their policyholders in terms of the Business Interruption section for any loss suffered as a result of COVID-19 and the resultant Lockdown Regulations, where the wording of the policy, specifically the Notifiable Disease Extension, is similar to the wording considered in this case.

In this matter, the court had to determine whether losses suffered by a business as a result of COVID-19 would fall to be indemnified under a Notifiable Disease type extension clause, by having specific regard to the wording of such clauses as well as causation.