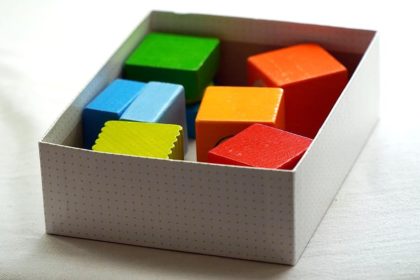 The Applicant and Respondent were married to each other and at the time of divorce (which was granted on 18 May 2020), there were two minor children born of the marriage between the parties.  Incorporated in the decree of divorce was a settlement agreement, the relevant terms of which were that the Respondent agreed to contribute towards the maintenance of the children in the amount of R3000.00 per month, per child. The Applicant avers that the Respondent did not comply with the order and sought to bring an application for the final sequestration of the Respondent’s estate. At the time of the inception of the application, the Respondent was in arrears in the amount of R360,000.00 and judgment was obtained for the aforementioned amount. Before a writ of execution (“writ”) was executed, attempts were made to trace the whereabouts of the Respondent to no avail.  The writ could not be executed as the Respondent could not be found by the Sheriff and thus, substituted service had to be resorted to in order to serve the papers.

The Respondent opposed the application on the basis that he could not fulfil his maintenance obligations because he had been unemployed since October 2012 and had no source of income. The Respondent alleged that, during 2014, the Applicant received R250,000.00 from a trust, of which trust the children were the beneficiaries and therefore, this amount should be set off against his maintenance obligations.  He further claimed that, during 2010, the Applicant misappropriated R3,500,000.00 from his former company, Renken Game (Pty) Ltd and that same should be considered.  Lastly, the Respondent submitted  that he had applied for a discharge of the maintenance obligation in the Maintenance Court.

It was common cause that the onus lay with the Applicant to satisfy these requirements.  The Respondent owed the Applicant an amount in excess of R360,000.00 in arrear maintenance, which was not challenged by the Respondent. It was also not disputed that the Respondent was factually insolvent insofar as he has no assets and was not employable because of his age, standard of education and lack of skills (as alleged in his papers).

An act of insolvency is a statutory concept which obviates the necessity of providing actual insolvency.  The reason behind this is that section 8 of the Act stipulates the acts which the debtor has to commit in order to be declared insolvent. Section 8(c) of the Act states that a debtor commits an act of insolvency: “If he makes or attempts to make any disposition of any or his property which has or would have the effect of prejudicing his creditors or of preferring one creditor above another”.

The Respondent did not dispute his indebtedness to the Applicant. The Respondent knew two years after the divorce that he owed money for maintenance, as he could not afford to pay as he was unemployed. Notably, at that stage, the Respondent had realisable assets he could have disposed of to meet this obligation. He continued not to pay the maintenance for five years after the divorce.  Moreover, well knowing that he had a debt, he decided to sell all his assets and did not settle the maintenance debt. The disposition of all his assets prejudiced his children to whom he had an obligation to maintain from his assets. The court held that the action of disposing all his assets fell afoul of contravening section 8(c) of the Act.  The court further stated that the mismanagement of the trust funds was not relevant to the proceedings and that there were other remedies available to deal with the issue of the trust.

Given that the Applicant, on a balance of probabilities, established the requirements for a final order of sequestration, the court granted the sequestration of the estate of the Respondent.

In this case our attention is drawn to the importance of complying with a court order for the payment of child maintenance. The Respondent was in arrears of child maintenance, which was not in dispute by him, however proceeded to dispose of all his assets and not settle the maintenance debt. In light thereof, seeing as he satisfied the requirements in terms of section 12 of the Insolvency Act, the court ordered the final sequestration of the Respondent’s estate.

The primary issue that the court had to determine was whether the Respondent satisfied the requirements of section 12 of the Insolvency Act for purposes of final sequestration of the Respondent’s estate.