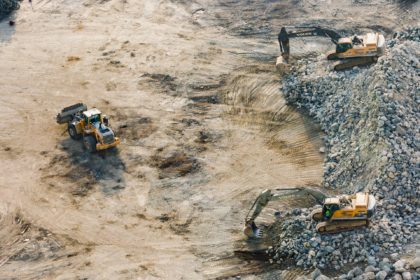 By Megan Brook and checked by Jayna Hira

Aquarius Platinum (Pty) Ltd (“the Appellant”) contracted Murray & Roberts Cementation (Pty) Ltd (“MRC”) to complete mining operations at the Kroondal Platinum Mine on a farm situated in the North West Province (“the farm”) as well as on the Marikana Platinum Mine. The 1st to 167th Respondents (“the occupiers”) were employees of MRC and resided in hostels on the farm. During 2009, the occupiers partook in an unprotected strike and were therefore dismissed from the employ of MRC.

On 2 September 2009, the Appellant approached the North West Division of the High Court, Mahikeng (“High Court”) for an order evicting the occupiers in terms of the Extension of Security of Tenure Act 62 of 1997 (“ESTA”). The order was granted and the occupiers evicted. However, the occupiers successfully challenged the order of the High Court in the Land Claims Court (“LCC”) and their rights of residence were restored. As a result thereof, the occupiers recommenced residing in the hostel facilities on the farm.

The LCC found in favour of the Respondents and dismissed the Appellant’s application. It found that “the termination of employment does not necessarily and automatically lead to the termination of the occupier’s right of residence” and that a two-stage process is required, namely; the giving of a notice of termination of the right of residence in terms of section 8 of the ESTA, the manner in which is not prescribed, and the giving of a notice of eviction in terms of section 9(2)(d) of the ESTA which requires a two month notice of the intended eviction application.

The SCA dismissed the appeal and concurred that the Appellant’s case for eviction of the occupiers suffered from a fatal defect. It stated that section 8 and 9 of the ESTA had been authoritatively interpreted to require the proper termination of the occupiers’ rights of residence, and that the language of these sections, and their demand to protect the rights of residence of vulnerable persons, provide for a two-staged procedure. The Court stressed that section 8 of the ESTA at least requires that a decision to terminate the right of residence be communicated to the occupier.

This case reiterates that when an occupier is simultaneously an employee of a landowner, their right of residence must be cancelled in addition to the termination of their employment if one seeks an eviction order for same in terms of the ESTA. This is owing to the fact that both constitute separate and distinct procedures.

The ESTA contemplates two stages before an eviction order can be made, notwithstanding the occupier’s employment being terminated by its employer.