An Overview of Expungement Applications 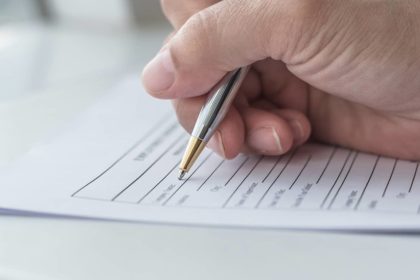 Mistakes happen – this is a part of life. However, certain mistakes are accompanied with far-reaching consequences. Individuals often seek to avoid criminal convictions due to their negative consequences. However, just because you have a criminal record does not mean that you will have to bear this burden forever.

This article seeks to provide an overview of the law dealing with expungements and the procedure available to an individual to have a criminal record expunged.

Chapter 27 of the Criminal Procedure Act 51 of 1977 (“the CPA”) deals extensively with the previous convictions of individuals. Often, confusion arises, as a result of section 271A of the CPA, which provides that previous convictions, in certain instances, “fall away” after a period of 10 years.

However, this does not mean that the criminal record of an individual is simply expunged and/or removed after 10 years instead, as stated in the case of S v Zondi, “falling away” means that a previous conviction can no longer be considered for the purposes of sentencing an individual. Although the subject of sentencing exceeds the bounds of this article, it is important to bear in mind that, when an individual is convicted of committing an offence, the previous convictions of that individual are considered when a court is handing down a sentence.

Where an individual complies with the requirements set out above, the Director-General of Justice and Constitutional Development (“Director-General”) must, on receipt of the individual’s application, issue a certificate of expungement which directs that the criminal record of that person be expunged.

Sections 272C(2)(a) and (b) of the CPA provide for the two other forms of applications which may be utilised to expunge an individual’s criminal record. Section 272C(2)(a) provides that an individual may apply for an expungement where they have been convicted for contravening any enactment having the force of law before the Constitution of the Republic of South Africa took effect, which created offences based on race or which offences would have been unconstitutional had the Constitution been in effect.

Section 272C(2)(b) of the CPA provides that an individual may apply to expunge their criminal record if they have been convicted of an offence in terms of certain pieces of legislation which are stated within that section and which legislation was primarily based on race. The difference between sections 272C(2)(a) and (b) is that, in terms of section 272C(2)(b), you may apply for an expungement of any offence under any law which offence was based on race. Section 272C(2)(a), however, only applies in respect of those items of legislation stated within the section.

Section 87(1) provides that, where a child has been convicted of an offence listed in Schedule 1 and 2 of the Child Justice Act, the previous conviction of the child must fall away and their criminal record must, on written application of the child, their parent, or appropriate adult or guardian, be expunged after a period of:

After receiving the expungement application, the Director-General must issue an expungement certificate if the above requirements have been met.

Section 87(3) of the Child Justice Act allows for an application for the expungement of a criminal record of a child where the 5 year or 10 year period, whichever is applicable, has not elapsed provided the Cabinet member responsible for the administration of justice is satisfied “exceptional circumstances” exist which justify the expungement. What constitutes “exceptional circumstances” will depend on the facts of each case.

However, where an expungement certificate has been issued to an applicant in terms of the Child Justice Act, the applicant themselves must submit the certificate to the head of the Criminal Records Centre of the South African Police Service. After submitting the expungement certificate, the criminal record of that individual must be expunged and the Criminal Record Centre must, on the written request, confirm the criminal record of the child has been expunged.

4. Benefits of Expunging a Criminal Record

Whilst the primary benefit of expunging your criminal record is undoubtedly the fact that the criminal record is removed and, thus, it is as if you were never convicted of the offence, there are further benefits to seeking an expungement.

Where an individual is arrested for a minor offence, that individual will, under the normal circumstances, be able to apply for bail at the police station. However, if that individual has a previous conviction, this will escalate the severity of their offence as a result of which they will not be given the opportunity to apply for bail at the police station and, instead, will be required to appear in court and make application for bail in court. This could result in a person potentially spending a longer period of time in a holding cell than they ordinarily would (i.e. up to 48 hours, which excludes public holidays and weekends).

Criminal records could also have further underlying negative consequences when applying for jobs or alternatively if they are seeking to emigrate. In these instances, it is often required that an individual disclose whether they have any previous convictions. Furthermore, these institutions may conduct their own criminal background checks, which will lead to the discovery of the previous conviction and could affect your application. A previous conviction will negatively affect any potential job or emigration applications and, as such, it is worthwhile seeking an expungement.

COVID-19 and the regulations which have been issued since the declaration of the National State of Disaster have reportedly led to thousands of South Africans being arrested. This has in turn placed a spotlight on criminal records and the negative consequences which they bring. A criminal record is not forever and there are options available to you.

Given that expungement applications can often be confusing for those individuals who are not well versed in the law, we would suggest you contact us prior to making an expungement application. Schindlers Attorneys have an experienced criminal law department team who can assist you in clearing your name and obtaining a clear criminal record. Please do not hesitate to contact us – we are here to help you.