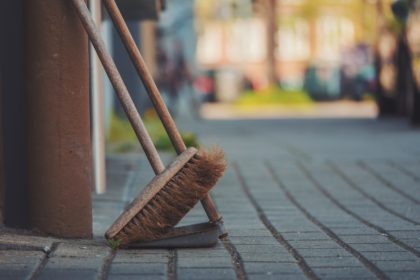 Despite the advent of our constitutional dispensation, domestic workers in South Africa remained exploited, undermined and devalued as a result of their lived experiences and the effects of intersecting forms of discrimination.

This article will explore the judgment handed down by the Constitutional Court of South Africa in the case of Mahlangu and Another v Minister of Labour and Others1 – a case that involves a complex history entrenched with racism, sexism and social class. The Applicants, Sylvia Mahlangu (“Sylvia”) – the surviving daughter of a domestic worker, namely Maria Mahlangu (“Ms Mahlangu”) who drowned in her employers’ home in 2012 – and the South African Domestic Service and Allied Workers Union (“SADSAWU”) successfully challenged the constitutionality of section 1(xix)(v) of the Compensation for Occupational Injuries and Diseases Act 130 of 1993 (“COIDA”), which expressly excluded domestic workers from the
definition of an “employee”.

The effect of this exclusion was such that, unlike other workers, domestic workers and consequently their dependents were left with no social security in the event of injury, disablement or death at the workplace, as they did not enjoy the protection under COIDA – bringing their rights to equality, dignity and access to social security to the forefront of this matter.

Ms. Mahlangu was employed as a domestic worker at a private home in Pretoria where she worked for 22 years until the time of her death. On 31 March 2012, whilst carrying out her duties, Ms Mahlangu drowned in her employer’s swimming pool. Her body was found floating in the swimming pool by her employer, who had been in the home at the time of the incident but asserted that he had heard no sounds of struggle. It was alleged that Ms Mahlangu was partially blind and could not swim which resulted in her drowning.

Following her mother’s death, Sylvia, who was financially dependent on her mother at the time, approached the Department of Labour with a COIDA claim for compensation for her mother’s death. Sylvia was informed that she could neither claim compensation under COIDA nor could she claim unemployment insurance benefits for her loss, which would ordinarily be
covered by COIDA. Sylvia, assisted by SADSAWU, launched an application in the High Court to have section 1(xix)(v) of COIDA declared unconstitutional to the extent that it excludes domestic workers employed in private households from the definition of an “employee”.

In May 2019, the High Court declared the exclusion of domestic workers from COIDA constitutionally invalid. Later, in October 2019, it further ruled that the declaration of invalidity must be applied retrospectively with immediate effect – to provide relief to domestic workers who were injured or died at work prior to the granting of the order, as in the present case. The
Applicants in this matter approached the Constitutional Court to confirm the aforementioned.

The CC begun the inquiry by considering the legislative history of COIDA and provided an analysis of how COIDA achieved its objectives. In addition, the CC considered international and regional law, social security, the right to equality and dignity and the historical disadvantage that black women have faced as a group, all of which are explained in greater detail below.

In respect of social security, the CC looked at South Africa’s obligations under the following institutions: –

i. The Universal Declaration of Human Rights states, under Article 22 and Article 25(1), that everyone, as a member of society, has a right to social security and that everyone has the right to security in the event of unemployment, sickness, disability, widowhood, old age or other lack of livelihood in circumstances beyond their control;

ii. The International Covenant on Economic, Social and Cultural Rights provides that the State recognizes the right of everyone to social security, including social insurance;

iii. The Maputo Protocol in respect of Economic and Social Welfare Rights, of which Article 13 requires the State to adopt and enforce legislative and other measures to guarantee women equal opportunities in work and career advancement and other economic opportunities, by, amongst other things, establishing a system of protection and social insurance for women working in the informal sector and sensitise them to adhere to it;

iv. The Southern African Development Community’s Article 10 of the Charter of Fundamental Social Rights states that “Member states shall create an enabling environment so that every worker in the Region shall have a right to adequate social protection and shall, regardless of status and the type of employment, enjoy adequate social security benefits”; and

After consideration of the abovementioned international instruments, the CC confirmed that there was no basis for COIDA’s exclusion of domestic workers from the definition of “employee” in section 1(xix)(v) and that the exclusion was inexplicable.

“(1) Everyone has the right to have access to —
. . .
(c) social security, including, if they are unable to support themselves and their dependents, appropriate social assistance.

(2) The state must take reasonable legislative and other measures, within its available resources, to achieve the progressive realisation of each of these rights.”

This right covers social security assistance for those in need of support due to an injury, disease or death of a breadwinner, as a result of such injury or disease. The CC held that economic, social and cultural rights, of which the right of access to social security is a part, are indispensable for human dignity and equality. On this basis, the CC held that COIDA must therefore be interpreted through the prism of the Bill of Rights and the foundational values of human dignity, equality and freedom.

The Constitution, through its founding values and section 9, makes it peremptory for both racial and gender equality to be advanced. The Applicants submitted that failing to include domestic workers under the protection of COIDA constituted a breach of section 9(1) of the Constitution and that the differentiation between domestic workers and other categories of workers amounted to discrimination, albeit indirectly.

The historical disadvantage that black women have faced as a group

Black women were placed at the bottom of the social and racial hierarchy established by the apartheid system.3 The CC stressed the importance of “the need to make a decisive break from the ills of the past”.4 After an in-depth inquiry, the CC held that the exclusion of domestic workers and, consequently their dependents, limited the right to equality before the law, the right to equal protection and benefit of the law under section 9(1) of the Constitution, and the right not to be discriminated against unfairly under section 9(3) of the Constitution.

The often-exploitative relationship between domestic workers and their employers is also relevant to the dignity enquiry. Section 10 of the Constitution provides that “[e]veryone has inherent dignity and the right to have their dignity respected and protected”. The exclusion of domestic workers from benefits under COIDA has an egregious discriminatory and deleterious effect on their inherent dignity. This shows that not only are they undervalued, but that their work is not considered to be “real work” of the kind performed by workers that do fall within the definition of the impugned section of COIDA.

The CC confirmed the declaration of constitutional invalidity of section 1(xix)(v) of the COIDA made by the High Court; that the orders are to have immediate and retrospective effect from 27 April 1994 and that the First Respondent, being the Minister of Labour, must pay the Applicants’ costs.
Victor AJ added that “The invalidation of section 1(xix)(v) of COIDA will contribute significantly towards repairing the pain and indignity suffered by domestic workers. It should result in a greater adjustment of the architectural focus as to their place and dignity in society. Not only should this restore their dignity, but the declaration of invalidity will hopefully have a transformative effect in other areas of their lives and those of their families, in the future.”

The CC concluded with the following heartfelt remark: “These Black women are not “invisible” or “powerless”. On the contrary, they have a voice, and we are listening.”

Where to from here?

In seeking to fully recognize and uphold the rights of domestic workers, law makers need to apply the same treatment to domestic workers as any other workers. Additional considerations need to be had for:

i. standardizing the minimum wage across all sectors including domestic workers; which minimum wage should be regularly adjusted to the cost of living so as to ensure an adequate standard of living for workers and their families;

ii. organizing regular, unannounced site inspections to domestic workers’ places of employment to ensure that their working conditions are respectable and dignified; and

Please note that this article is intended for general public information and use. It is not to be considered or construed as legal advice. Each matter must be dealt with on a case by case basis and you should consult an attorney before taking any action contemplated herein.