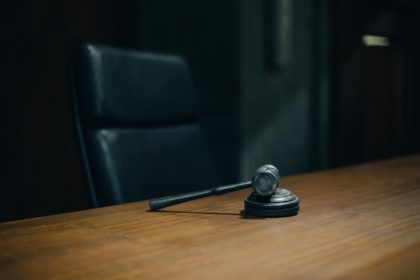 The Taxation Laws Amendment Act (“TLAA”) was promulgated on 8 January 2016 and will give effect to inter alia the following:
• The capping and harmonisation of retirement fund contributions for tax purposes.
• Closing the loophole on excessive contributions to retirement funds in order to avoid estate duty.

The capping and harmonisation of retirement fund contributions for tax purposes:

This amendment is effective from 1 March 2016 and will be applicable to the allowable deductible limitation in terms of estate duty as discussed below.

Closing the loophole on excessive contributions to retirement funds in order to avoid estate duty:

Prior to 2008 there was a limitation requiring that retiring members of a retirement annuity fund had to purchase an annuity before reaching the age of 70 (Seventy). The 2008 Taxation Laws Amendment Act removed this requirement which allowed individuals to work beyond retirement age and continue saving for retirement.

In conjunction with the 2008 Taxation Laws Amendment Act, in 2009, in terms of section 3(2)(i) of the Estate Duty Act, retirement contributions were excluded from the dutiable portion of the estate in order to alleviate financial difficulties that a family may face upon the death of the families income provider.

These two amendments created a loophole which allowed individuals to contribute excessively to retirement funds and these contributions would pass on to the estate upon death and then to the beneficiaries free from any estate duty. This created a practice of avoiding estate duty by making excessive retirement contributions.

The Davis Tax Committee has suggested it would never have been the intention of the National Treasury to create such an obvious loophole.

Prior to the promulgation of the TLAA, the Davis Tax Committee proposed, as a means to curb the abuse of the loophole that all retirement contributions (whether to pension, provident or retirement annuity funds) made on or after 1 March 2015, and disallowed in the determination of taxable income, to be included in the estate duty computation.

Therefore all contributions to any retirement fund in excess of the limitations imposed by the Income Tax Act that did not receive a deduction are included in the dutiable amount of the estate for estate duty purposes.

Section 2(1) of the TLAA has given effect to the proposal made by the Davis Tax Committee by amending section 3 of the Estate Duty Act, which now provides that the contributions made that do not qualify for a tax deduction (i.e. in excess of the deductible amount), will be included in the property of the deceased estate, which means that it will be subject to estate duty.

The capping and harmonisation of retirement fund contributions for tax purposes:

The harmonisation of the tax treatment on all retirement fund contributions provides a benefit, particularly to provident fund members, as they are now able to deduct more for tax purposes from 1 March 2016. The harmonisation has also simplified the tax treatment of contributions. The capping of contributions for tax purposes brings about wealth equality between high and low income taxpayers as the abuse of the loophole was mainly by high income earners. This amendment also furthers the pursuit of a progressive tax system.

Closing the loophole on excessive contributions to retirement funds in order to avoid estate duty:

The TLAA has many benefits aside from curbing the abuse of the loophole. The recommendation still allows a person to make a contribution and benefit from the exemption provided it falls within the limits, but does not prevent a person from contributing in excess of the limitation, however they will pay estate duty on the amount in excess of the deductible limitation. This may in turn encourage earlier saving for retirement if one is going to contribute solely within the limitations.