Expropriation #8: Where on earth are we South Africa? 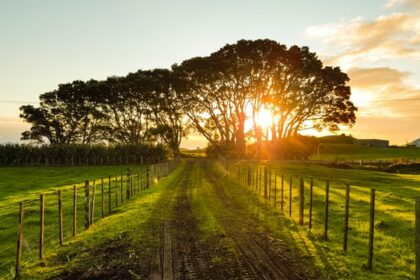 This article is one in a series on expropriation, which looks at some of the fundamental legal issues pertaining to expropriation against the backdrop of the history of the process of revising our Constitution and various versions of the Expropriation Bill. A list of earlier instalments is included at the end of this article. This instalment considers the draft Constitution Eighteenth Amendment Bill 18/2021 and how the process is expected to unfold going forward.

Without rehashing the finer details of the debate thus far, here are a few highlights illustrating how the thorny issue of expropriation has been tackled in South Africa, over the past five years:
• In February 2018, the National Assembly adopted the motion to allow for Expropriation Without Compensation (“EWC”) and the Joint Constitutional Review Committee was established in order to obtain the public’s opinion on the suggested amendment. As at the closing date for comments on the issue, the committee had received over 700 000 written submissions from the public. The majority voted against amending the Constitution to permit EWC.
• In December 2018, Parliament released the Expropriation Bill, proposing amendments that would purportedly dovetail with the amendment of the Constitution to allow for EWC in certain listed instances. This was not the first attempt at amending the Expropriation Act – indeed, efforts in this regard have been ongoing from 2008 1
• In December 2019 draft amendments to the Constitution were published, with the stated aim of fostering EWC and land reform.
• In October 2020 a further draft Expropriation Bill was proposed, again proposing amendments stated as being aimed at fostering EWC and land reform.
• In August 2021 a second draft amendment to the Constitution, purportedly aimed at facilitating EWC and land reform, was published for comment.
• On 7 September 2021 a further draft amendment bill was adopted by the ad hoc Parliamentary Committee constituted to consider amending our laws to facilitate land reform and EWC. This was put to Parliament for consideration (the National Assembly being the first level of approval required, and it has not been debated as of yet).
• If adopted by the National Assembly, thereafter the National Council of Provinces will vote on it, and if it is passed it will then finally be put to the President for signature. At any point the Bill (known as B18/2021) might be rejected. The President could refuse to sign it into law, even if both the National Assembly and the National Council of Provinces have approved it.
• The draft Expropriation Bill has gone ‘back to the table’ for redrafting and is reportedly presently before the National Assembly’s Public Works and Infrastructure Committee.2

A brief history of the various bills considered in this debate can be found on the Parliamentary Monitoring Group’s website, here: https://pmg.org.za/bill/913/. Prior articles in this series dealt with interesting aspects of each of these draft documents along the way, as the story developed. This instalment deals only with the latest development – the draft bill (the draft Constitution Eighteenth Amendment Bill and certain elements of it that are novel or very important.

A copy of this bill can be found here: https://pmg.org.za/bill/913/. Much of the revised text is very similar to prior versions. What stands out, however, is the inclusion of two provisions that pertain to state custodianship of land, which were not included in prior versions. A new subsection 4(A) has been proposed, reading ‘‘(4A) The land is the common heritage of all citizens that the state must safeguard for future generations” and subsection (5) is proposed to be amended by the addition of the words underlined in the sentence below: ‘‘(5) The state must take reasonable legislative and other measures, within its available resources, to foster conditions which enable state custodianship of certain land in order for citizens to gain access to land on an equitable basis.’’.

The reference to state custodianship might innocuously be to the manner in which the state “looks after” assets belonging to all South Africans, , but it could also be a more serious reference to the state taking not only control of but also the right to ownership of and all rights deriving therefrom. In such a scenario all such land would under the administrative control of the state, with a view to the state being able to later allocate these assets or rights in relation thereto to persons as it sees fit, similar to the way in which the state became the ‘custodian’ of all water and mineral rights in terms of various statutes over the last few years, and in which respect the state reserves the rights to allocate water or mineral rights to persons in terms of the relevant acts.

Whilst both forms of custodianship involve the state being the owner of the asset concerned, in the first instance the state cannot exclude citizens from using the asset (except in limited instances where those citizens are damaging the asset or acting criminally), whilst in the second instance everyone is automatically excluded with only the state holding the right to access/use/control the asset, until it permits others to do so. The former is much less limiting of the rights of citizens than the second. There is great fear expressed by certain camps through the media that the second form of custodianship (let’s refer to it as exclusionary ownership for the purposes of explanation herein), if applied to property (and most particularly land), will result in dire social and economic consequences for the people of South Africa, particularly when coupled with EWC.

It is feared by property owners that the references to state custodianship in the present draft version of the Constitution Eighteenth Amendment Bill on the table will open the door to further legislation being introduced that vests all private ownership/use rights to land in the state, as custodian, similarly to the process followed in relation to water and mineral rights. This is often thought of as the ‘nationalisation’ of land, and its implementation (or even the mention thereof) might cause substantial political, economic and social unease. Precisely what these clauses might herald in, in the form of future legislation, is unclear at present, but these words do not sit easy with many.

The above is not to criticise or even engage in the argument for nationalisation of land – only to mention that it is not a popular one at present. At this stage, however, it is not clear enough from the draft amendment what is meant by custodianship. It may be that the form envisaged is acceptable – but until we are told what that form is, it is hard to accept the present proposed formulation without trepidation.

It has also been raised by some commentators that the issue of state custodianship of land is not already part of section 25 at all, meaning that including it by amendment now goes way beyond the mandate of the committee framing the amendment, which mandate was only to “make explicit what is implicit” in section 25, and not to radically change it to introduce new elements to it. The provisions related to custodianship are also criticised for being too vague, not backed by any kind of policy or statement of intention by any party, as well as being so novel that arguably the amendment of the Constitution to include these kinds of far-reaching provisions without adequate public participation and engagement specifically on this issue – of custodianship – has been conducted. Because this wording of the bill was introduced after the extensive public engagement process, there has not been any public engagement on this aspect of the proposed amendment at all, which may render the process flawed and in breach of the Constitution and parliamentary rules regarding public engagement

Where to from here?

If the Bill is accepted by the National Assembly, it will have to be passed by the National Council of Provinces and thereafter signed by the President before becoming law. It may be passed in its current form, rejected, or sent back to the table for amendments. Meanwhile the draft Expropriation Bill is also still under consideration, but no final draft version has been approved to be put ‘on the table’ before Parliament as of yet. Some have argued that the Expropriation Bill cannot be passed until the Constitution is first amended3 – this is not a popular view and one that has been criticised severely by prominent authors4. In the authors’ view it would be preferable for the Constitution not to be amended at all, and for the stated aim of the proposed constitutional amendment (being to make “explicit” that which is already “implicit” in section 25 of the Constitution, namely that EWC – or more accurately expropriation at nil compensation (“ENC”) – is possible in terms of the present framework of section 25 of the Constitution) to be achieved through the amendment of national legislation rather than our nation’s founding document.

Amending the Constitution, our foundational legal document, is not a trivial exercise. It must be borne in mind that the right to property does not exist separate from all other rights in the Bill of Rights, and damage to one (the right to property) may result in damage to others (dignity, equality, the right to earn a living, etc.). For this reason, public participation is crucial and ought to be done properly before proceeding with such a wide-reaching amendment.

In the final analysis, however, it will be interesting to ask whether our politicians, who are meant to be representatives of the people and who are Constitutionally mandated to put their will forward, will abide by the majority view in the referendum (which was that the Constitution should not be amended) or whether the wishes of the majority of South Africans will be ignored, at the whim of the politicians, for other ends. The timing of the resurrection of this debate (which sparked against a few weeks before national local government elections) cannot be ignored.

the fundamental legal issues pertaining to expropriation against the backdrop of the history of the process of revising our Constitution and various versions of the Expropriation Bill.