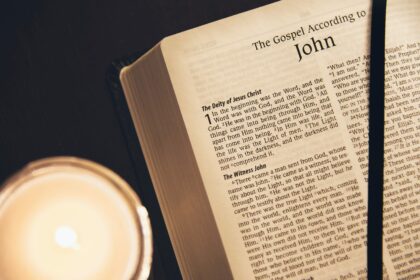 In this case, the Constitutional Court ensures that its jurisdictional limits and powers are respected and not exceeded when determining an application for leave to appeal.

In 1910, the Nazareth Baptist Church (the “Church”) was founded by the Prophet Isaiah Shembe (first Titular Head of the Church), and its headquarters were at Ekuphakameni Mission, Inanda, Durban, KwaZulu-Natal. Currently, the Church consists of multiple branches with different leaders throughout KwaZulu-Natal and Johannesburg. The Ebuhleni congregation is one of the branches located in KwaZulu-Natal.

Mr Mduduzi Shembe (the “first applicant”) had put forth that the late Mr Vimbeni Shembe had orally nominated him to be his successor. Inkosi Mqoqi Ngcobo (the “second applicant”) is the great-grandson of Inkosi Mandlakayise Ngcobo, whose homestead, the Ebuhleni Church had been established by Mr Vimbeni Shembe’s father (Mr Amos Shembe), in 1979. Reverend Mbongwa Friend Nzama (the “third applicant”) was once the chairperson of the Ebuhleni Church’s executive committee.

Ms Ntombifikile Shembe N.O. (the “respondent”) acts in the capacity as the executrix of the late Mr Vela Shembe’s estate. Mr Vela Shembe had disputed the oral nomination that was claimed by the first applicant. Mr Vela Shembe stated that he was nominated by Mr Vimbeni Shembe through a written Deed of Nomination.

The Constitutional Court (the “Court”) was presented with an application for leave to appeal from the Supreme Court of Appeal (the “SCA”) which heard an appeal from the High Court of South Africa, KwaZulu-Natal Division, Pietermaritzburg (the “Trial Court”).

The applicants claimed that this case falls under the Court’s jurisdiction with regards to section 167(3)(b)(i) of the Constitution of the Republic of South Africa, 1996 (the “Constitution”), which states that: “The Constitutional Court may decide constitutional matters”. The SCA had allowed for the variation of the Trust Deed, which is in breach of the Trust Property Control Act 57 of 1988. The applicants claimed that the SCA had overstepped on the Legislature’s powers by intending to vary the Trust Deed. This was the reason for the application to this Court.

The Court had to determine whether it had the jurisdiction to hear such a factual issue. The Court said that the applicants’ claim cannot be sustained. The Court has a constitutional prerogative to interpret and apply legislation to the matters presented before them. If it was deemed to be a breach of separation of powers for every time a court misapplied a legislative provision, then this constitutional prerogative would be removed.

The applicants also claimed that their case is relevant under the Court’s general jurisdiction in section 167(3)(b)(ii) of the Constitution, which states that:

The applicant claimed that the Court should hear this matter as it “raises an arguable point of law of general public importance”.

The applicants claimed that the following points of law are raised:

“(a) whether an extraneous document can amend the provisions of a trust deed contrary to its prescripts and the formalities as contemplated by the Trust Property Control Act;

(b) whether the provisions of a trust deed are optional; and

(c) whether a court has the discretion to ignore section 13 of the Trust Property Control Act.”

The Court mentioned that the main question of this matter ‘‘has always been a factual one’’. The Court relied upon paragraph 35 of S v Boesak [2000] ZACC 25 by saying that this Court has ‘‘refused to hear matters that only concern factual disputes’’. The Supreme Court of Appeal accepted that the matter concerned an issue of fact and that the factual findings of the Trial Court could not be disputed. The Court said that the statements made by the Supreme Court of Appeal regarding variation of the Trust Deed, which was a finding of law as to the effect of two legal documents, was obiter dicta and not part of the ratio decidendi of its judgment. The Court held that ‘‘the appeal is an abstract and academic exercise at best’’ that this Court should not upon decide.

The Court held that the applicants’ matter should not be heard in terms of section 167(3)(b)(ii) of the Constitution, because factors, that are relevant to the criterion of the interests of justice must be taken into account, when considering a leave to appeal in constitutional matters. The Court relied on paragraph 18 of the case of Paulsen v Slip Knot Investments 777 (Pty) Ltd [2015] ZACC 5 which stated that:

“[A] holding that a matter raises an arguable point of law of general public importance does not inexorably lead to a conclusion that the matter must be entertained. Whether the matter will, in fact, receive our attention will depend on the interests of justice.”

The Court simply stated that the main reason the Court would not hear the applicants’ matter was because it raised issues of an academic nature, had no jurisprudential value and no practical effect between the parties. The Court also determined that “the application does not raise arguable points of law of general public importance” that should be considered by the Court.

The Court refused the applicants’ leave to appeal and ordered that the respondent’s costs (including the costs of two counsel) must be paid by the applicant.

The Court highlighted its boundaries when it comes to determining the type of leave applications that it would entertain, and which issues would qualify to be heard under its jurisdiction.

Therefore, this case should be seen as an illustrative reminder to potential litigants to always be cautious and narrow down the essential purpose and element of its appeal when deciding to present it under the jurisdiction of the Constitutional Court.