The Rental Housing Tribunal: All Bark and No Bite? 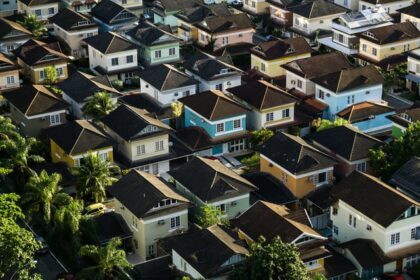 The Rental Housing Tribunal has been described as being “all bark and no bite” in the sense that it does not have the authority to compel parties to act in terms of an order granted by it (commonly referred to as a ‘ruling’). It has been described as a dog that “has no teeth”.1 This article accordingly examines the enforcement capabilities for Rental Housing Tribunal rulings.

What is the Rental Housing Tribunal?

The Rental Housing Tribunal (herein referred to as the “RHT”) is a specialist body that decides disputes between residential landlords and tenants. The purpose of the RHT is to receive complaints from residential tenants or landlords relating to breaches of the lease or other violations of the applicable residential rental laws and to resolve these disputes through mediation, arbitration or by the making of a ruling in an adjudication.  The most advantageous aspect of approaching the RHT is that referring disputes to the RHT is free (there is a very small administrative fee only). This is essential as many tenants cannot afford legal representation and in turn some landlords just don’t have the funds for very long and drawn-out court battles.

There are various disputes between residential landlords and tenants that may be lodged with the RHT. Below are a few examples:

Once a complaint is lodged, the tribunal will investigate the complaint, and if possible, attempt to resolve the dispute through mediation. If the mediation is successful, the parties will draft an agreement and the agreement will be made a ruling of the RHT. However, if the RHT’s attempts at mediating the dispute is unsuccessful, the dispute will normally be referred to adjudication.

Rulings or Orders of the RHT

Upon the conclusion of the adjudication, the RHT makes a ruling. The ruling of the RHT in these proceedings is legally binding on both the landlord and tenant. RHT orders have the same status in law as orders of a Magistrates’ Court.

There are two kinds of orders or rulings that might be made. The first is where the tenant is required to pay money to the landlord (or vice versa, for instance where a landlord is required to refund the whole or a portion of a deposit). This is known as an order “sounding in money” because it is expressed in monetary terms and the only action required by the person against whom the order is made, is to make payment. The second kind of order that might be made is an order requiring the landlord or tenant to take some other kind of action, such as to repair the property, or to refrain from taking some kind of action (for example, to stop making noise late at night or to stop damaging the property). This is known as an order “to compel action”. These two kinds of orders are enforced in different ways, when they are not complied with.

Consider, for example, the situation where a landlord has taken a tenant to the RHT seeking an order for payment of unpaid rental, and has obtained it, but after demanding payment in terms of the order “sounding in money” the tenant simply doesn’t pay. What can the landlord do now to enforce the order and compel the tenant to pay?

What happens if a party refuses to adhere to an RHT ruling “sounding in money”?

This can be quite complicated because a person who understands how the legal process relating to writs works, will ask why the sheriff requires both a certificate of non-compliance from the RHT (which is essentially a writ, but in a slightly different format) and a writ from the Magistrates’ Court. This seems at face value to be a duplication of efforts because the sheriff is requiring confirming from two different courts of the same thing – namely that the defendant in the RHT ruling has not complied and that the sheriff is instructed to attach property of the defendant, and sell it, to satisfy the debt owed in terms of the ruling.

Unfortunately, the sheriffs don’t see it that way and they insist that the person seeking to enforce the RHT order first “convert” it from a RHT ruling to a Magistrates’ Court order. Because the ruling of the RHT is already considered as being of the same status as an order from the Magistrates’ Court there is no need for a second hearing, and the process is merely administrative. Thereafter, once the RHT ruling is converted to a court order, a writ of execution for the court order may be issued by the court. However, it is advised to first get a certificate of non-compliance from the RHT before getting a writ issued by a Magistrates’ Court within the specified jurisdiction as they may refuse to issue it without this.

Once the sheriff has both the certificate of non-compliance from the RHT and the writ from the Magistrates’ Court, the sheriff will assist you in executing in terms of the order (when it comes to orders sounding in money, this means that the sheriff will attach the property of the judgment debtor, and sell it, and use the money to pay the judgment creditor. The ‘normal’ execution process as it applies in the Magistrates’ Court will apply from then onwards.

What happens if a party refuses to adhere to an RHT ruling “compelling action”?

There is no procedure specified in the Rental Housing Act to hold a party in contempt of court in instances where a party does not comply with an RHT ruling. The same process as above would apply, in the sense that after you have obtained a certificate of non-compliance from the RHT, you would convert the RHT ruling to a Magistrates’ Court order. However, thereafter, you would need to bring an application to court (most likely the Magistrates’ Court) for an order holding the judgment debtor (the person who is required by the ruling or order to do something) in contempt of court and ordering that the person concerned do the thing required (or refrain from doing the thing required) be arrested, or fined on a daily basis, until the person complies with ruling.

Unfortunately this method of enforcement requires another court application before it will lead to the original RHT ruling being complied with. It is thus more expensive, and cumbersome, than enforcing compliance with RHT rulings that are “sounding in money”.

Conclusion – Why Can’t the RHT Enforce Its Own Orders? What is the Point?

The RHT does not have the authority to compel parties to act in terms of its rulings, meaning that it cannot consider an application for contempt of court in the way that a Magistrates’ Court can. If you need to enforce a provision of a RHT ruling that requires action or omission, you will have to do this through contempt proceedings in the Magistrates’ Court or High Court.

Although it is easier to enforce payment of a RHT ruling sounding in money, it still needs to be done through the mechanisms of the Magistrates’ Court and cannot be done through the RHT itself. This is very frustrating for users of the RHT because once they have an order, the order cannot be enforced without going to an entirely different court and usually this means appointing lawyers to attend to the matter for you, at a cost that you were hoping to avoid by approaching the RHT in the first place.

One must question why the legislature only went ‘half way’ in providing for a cost effective and ‘do it yourself’ dispute resolution form for residential lease issues. It seems silly to provide for such a process only up to judgment, and to require the affected persons to thereafter have to approach lawyers for assistance. After all, what is the point of a RHT ruling or order, if one can’t thereafter enforce it without much cost and effort?

The above is merely a summary of a complex area of the law. Should you have any concerns or queries relating to the enforcement of a ruling from the Rental Housing Tribunal, kindly contact us on the details provided below for a preliminary consult with one of our property law experts. Schindlers Attorneys remains open to the public and are committed to providing sound, reliable legal advice.