Understanding the Different Forms of Bail 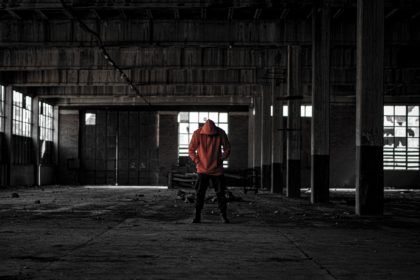 Since the implementation of the national lockdown (“Lockdown”) as a result of the Covid-19 pandemic, certain contraventions of the Regulations (“Lockdown laws”) governing the Lockdown have created new criminal offences for which an individual may be criminally convicted. South Africa, like many other countries that have been affected by the pandemic, has had its fair share of transgressors that have been arrested for alleged contravention of the Lockdown laws. Nevertheless, the Constitution of the Republic of South Africa Act 108 of 1996 (“the Constitution”) ensures that arrested persons have the right to be presumed innocent until proven guilty through conviction by a court of law, the right to a fair trial and the right to remain silent. In light of these rights, arrested persons have the right to be released from detention if the interests of justice so permit.

This article is intended to act as a general guide to the reader on the different forms of bail applications provided for in the Criminal Procedure Act 51 of 1977 (“CPA”) that an accused may be eligible for after having been arrested.

Persons arrested for contravention of the lockdown laws are charged with a minor offence, similar to the offences contemplated in Schedule 1 of the CPA and are eligible for police bail, further explained below. In terms of the Directive issued by the Department on 2 June 2020 (“the Directive”), an accused person that is arrested for a “petty offence” during the declaration of a National State of Disaster must be released and warned to appear in court on a future date, unless the matter can be finalised at the first appearance. The intention of this Directive is to limit the number of people in holding cells at police stations and in prisons – in an attempt to combat the spread of the virus and adhere to social distancing measures currently in place. However, in this instance, the police still have 48 hours to charge an individual, as such an arrested person may still be required to spend up to 48 hours in a holding cell.

Police Bail enables an arrested person to apply for bail at the police station before the expiration of 48 hours from the time of arrest and is applicable before the accused’s first appearance in court. This type of bail may be granted by any police official of the rank of inspector or higher and is generally applicable in relation to minor offences (i.e. theft to the value of less than R2 500.00 or common assault). Police Bail does not apply to serious common-law and statutory offences as listed, for example, in Part II & III of Schedule 2 to the CPA (i.e. treason, sedition, murder, rape, kidnapping, robbery, fraud, drug-related offences etc).

Police Bail is set at a monetary value payable in cash only. It is important to note that the police must grant the arrested person a reasonable opportunity to communicate with a legal representative, friend or family member in order to obtain the amount fixed as Police Bail.

Prosecutor Bail (or Prosecutorial Bail), like Police Bail, can be applied for prior to the arrested person making their first appearance in court. A prosecutor, under the authorisation of the Director of Public Prosecutions, may release arrested persons on bail after consultation with the investigating officer. Prosecutor Bail is mainly applicable to more serious offences as listed in Schedule 7 (i.e. public violence, culpable homicide, arson, bestiality or robbery where the amount involved does not exceed R20 000.00).

In terms of the CPA, when an arrested person is charged with more serious offences (i.e. schedule 5 and 6 offences include offences of theft and fraud where the value is in excess of R500 000.00, murder, rape and robbery etc), after-hours bail cannot be applied for and bail will only be decided upon when the arrested person appears in court. Additionally, if the individual has been previously arrested for an offence and the arrested person has a pending charge against them, the arrested person will be required to bring a formal bail application in court.

• endanger the safety of the public or any particular person or commit a schedule 1 offence;

• attempt to influence or intimidate witnesses or conceal or destroy evidence;

• undermine or jeopardise the objectives or proper functioning of the criminal justice system including the bail system; or

• will disturb public order or undermine public peace or security.

If an individual is charged with an offence listed in Schedule 6, the bail application must set out reasons as to why granting the bail would be in the interests of justice, as well as establishing those exceptional circumstances of the accused warrant the bail being granted. This in turn places a secondary obligation on the accused in terms of a schedule 6 offence.

Covid-19 has brought about a series of new Lockdown laws that, today, seem counter-intuitive, and which limit our freedom of movement. Uninformed citizens remain at a greater risk of contravening these laws, being arrested and requiring bail. It is for the reasons outlined above that we encourage people to remain legally informed and to familiarise themselves with the different types of bail. At Schindlers Attorneys, we offer a 24-hour bail service to people within the Gauteng region and are contactable on 083 631 2023. Know your rights and stay safe