The Collapse of Crypto-Currency Trading Platforms – What Now? 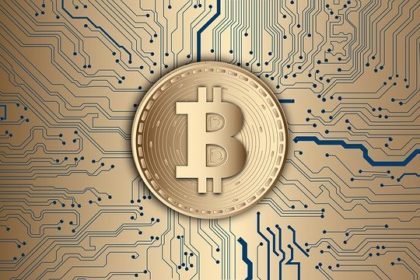 Mirror Trading International (“MTI”) was a well-known crypto-asset investment scheme which rose to fame during COVID.[1] It was exposed by its employees in late 2020 as being a scam, and shortly thereafter the CEO disappeared, the scheme stopped paying out investors, and it was subsequently liquidated in June last year. Its CEO fled the country and was recently arrested, earlier this month, in Brazil.[2]

At one point MTI was reported as having had 260 000 members worldwide who invested a total of nine billion rands. It all came crashing down, and as a result, MTI is currently hailed as the biggest trading crypto scam ever. This article explains what MTI is, how the company worked and what led to its ultimate downfall with the hope that existing and potential crypto-asset investors will take heed of the warning signs of such a collapse and exit a failing scheme of this kind of thing happens in the future.

MTI is a company that used advanced digital software and artificial intelligence to trade with Bitcoin. In the past, MTI used Bitcoin as its base currency to trade on international forex markets. The company was founded in 2019 by Johann Steynburg, who was MTI’s CEO.

“Mirror trading” is more than just the company’s name. It is a strategy used when trading, enabling traders to copy the trades of successful and experienced traders, in their own trading accounts.

When an individual joined MTI, they were required to deposit a minimum of $100 (one hundred US dollars) in the form of Bitcoin into MTI’s account, which was put into a trading account on a derivative trading programme, executing high-frequency trading by using an automated high-frequency algorithm.  A derivative is an instrument that’s value is derived from the value of one or more underlying components, which can be commodities, precious metals, currency or stocks. The daily profits made from trading are divided sustainably and are added to member accounts, according to their share in the total profit made.

According to MTI’s website, each member has a trading balance that fluctuates with the Bitcoin price. In theory, when the trading was good the total value of the investments under management by MTI would increase, and members would all benefit by being given a little bit of the gain made in that day. When the opposite happened and trading was bad, they would all lose a bit.

However, critics accused it of being a get-rich-quick scheme, that cheats its susceptible members with unrealistic declarations that it would grow their Bitcoin holdings by using sophisticated trading software.

All the Warning Signs

The first step towards the downfall of MTI was when a client or member approached the court because he was prevented from accessing funds. Thereafter, the Hawks began its investigation. However, there were many warning signs about the dangers of investing with MTI and this article just highlights a few. The following are some of the warning signs to potential and current members of MTI:

The final nail in MTI’s coffin was in August 2020 when the FSCA lodged a criminal complaint with the Hawks.  The complaint alleged that MTI was functioning without a licence and deceiving its clients. Around the same time, MTI stopped paying out funds to members, and Steynberg disappeared.

Previously, MTI’s representatives had dismissed all criticisms as being motivated by jealousy of MTI’s success. This could be accredited to the accusation by MTI that FSCA is launching a personal attack against them and that the accusations made by FSCA are unfounded.

The rise of crypto-assets during COVID has been one of the quickest rises in any emerging asset class in our history. The nature of crypto assets can also be elusive to some, as they are slightly more complex than your more traditional ‘hard’ assets, like precious metals, and they come with an added layer of complexity and novelty because they are so new and are still undergoing development in many instances.

As with any other asset class, any scheme or platform promising investors massive gains in a short period of time must be met with intense scrutiny and scepticism. When something is “too good to be true”, it is simply either (i) not true or (ii) not that good. Any claims of enormous returns ought to be investigated thoroughly by investors, and the scheme or company itself investigated for compliance with the relevant laws, through proper due diligence, lest investors find themselves at the bottom of a pyramid scheme with no one else to induce into joining behind them.

This article provides the layperson with a brief breakdown of the warning signs of a crypto scam and how it works.