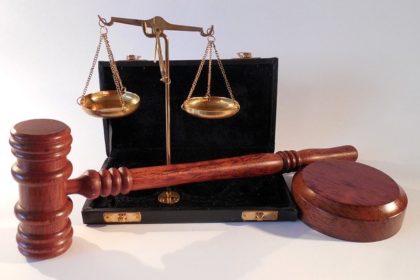 The Minister of Police (“the Applicant”) brought an Application in the Pretoria High Court (“the Court”) against the Sheriff Pretoria Central (“the First Respondent”) and three others (collectively referred to hereinafter as “the Respondents”) for an order that costs be unreserved and that the Respondents be ordered to pay such costs.

In this case, urgent relief was granted in favour of the Respondents on 8 October 2019, wherein a rule nisi was issued which was returnable on 4 November 2019. The order handed down on 9 October 2019, further held that the Respondents would cause a substantive application which had been contemplated in the order, to be issued within three days of the granting of the urgent relief. This substantive application was, however, only issued in and during December 2019.

Subsequent to the granting of the urgent relief and failure to issue the substantive application contemplated therein, the Applicant’s attorneys sought clarity from the Respondents’ attorney as to what would occur on the return date of 4 November 2019. Nothing of substance could have occurred on the return date in light of the Respondents’ failure to issue the substantive application as directed by the Court.

Upon consideration of the aforesaid, the Court held that a proper case had been advanced by the Applicant for costs to be unreserved. The Court, however, held that the scale of the costs in respect of the appearance of counsel on 4 November 2019, and 2 March 2020, should be on an unopposed scale. The Court held that it could hardly have been contemplated by the Applicant’s counsel that the appearance on the aforementioned dates would have been in anticipation of an opposed hearing.

The Court held that costs were not to be awarded on a punitive scale as sought by the Applicant. In this regard, the Court held that whilst the Respondents’ attorneys were somewhat dilatory in not resolving a resolvable issue regarding the matters being on the roll for 4 November 2019, and 2 March 2020, such conduct should not attract punitive costs order against the Respondents.

In light of the aforementioned, the Court held that the costs which had been reserved on 4 November 2019, and 2 March 2020, respectively be unreserved and awarded in favour of the Applicant on an unopposed basis on a scale of party and party.