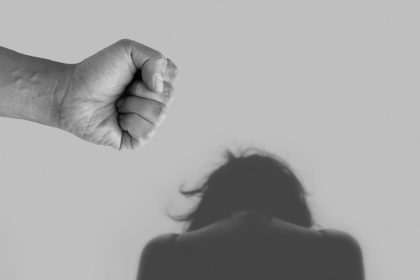 Mr Rossouw (“the accused”) allegedly assaulted his mother (“the complainant”) on the 29th of September 2019 by hitting her with a beer bottle on her head. The accused was charged in terms of section 105 of the Criminal Procedure Act 51 of 1977 (“the CPA”), which states that once the Prosecutor has explained to the accused the charges brought against him before the commencement of the trial, he is required by the court to enter a plea. Furthermore, the accused decided to represent himself and refused legal aid representation. Additionally, the presiding Magistrate then questioned the accused in terms of section 112(1)(b) of the CPA with reference to the alleged facts to ascertain whether the accused understood the charges to which he has pleaded guilty. However, the accused admitted to hitting the complainant with a beer bottle, but he denied knowing that his actions were wrongful and punishable in law. Even though the accused denied knowing that his actions were unlawful, the court held that it was content that he admitted to all the elements of the offence. Consequently, the accused was found guilty.

During sentencing, the Magistrate considered the accused’s age, marital status as well as the fact that he had a child who was living with the complainant. Ultimately, the accused was sentenced to a year of imprisonment.

On 30 July 2020, the matter was sent to the High Court for automatic review in terms of section 302 of the CPA. The reviewing Judge returned the record to the Magistrate after questioning the following aspects of the matter:

The Magistrate replied to the reviewing Judge’s questions, on the 8th of March 2021, and he stated that he read the record and he conceded to the fact that the accused did not admit to knowing that his actions were unlawful and that this was an error caused by the fact that he may have misunderstood the interpreter.

The court highlighted that the purpose of section 112(1)(b) of the CPA is to safeguard the accused, particularly an unrepresented accused, from the outcomes of an ill-considered guilty plea. Additionally, this section of the CPA must be used carefully. Considering the presumption of innocence engrained into the Constitution and if an accused’s responses to questions from the court indicate a potential defence, or a reasonable explanation other than the individual’s guilt, a plea of not guilty should be given and evidence should be submitted. Subsequently, this section requires the court to be satisfied that not only did the accused commit the crime, but that he committed it unlawfully and with the necessary intention, and this position was confirmed in S v Lebokeng 1978 (2) SA 674 (O). In this regard, the court also considered Moosa J’s analysis of section 112(1)(b), particularly the purpose of the questions asked by a presiding Judge in terms of this section.  In this case, the court emphasised that the purpose of the questioning is to establish the factual basis for the plea of guilt and to determine the legal foundation for such a plea. Consequently, the reviewing Judge came to the conclusion that the Magistrate in the court a quo could not have been satisfied that the accused admitted all the allegations in the charge-sheet because, the accused stated that he did not know that his act was unlawful.

The reviewing Judge also noted that despite the accused putting forward defence in his response to the Magistrates when he was being questioned by the court, the Prosecutor accepted his plea. Additionally, the Prosecutor came on record and told the court a quo, that the accused has admitted all the elements of the offence prior to the charge being put to the accused. The reviewing Judge held that this was irregular and that the unrepresented, accused might have been influenced by the Prosecutor to do so, and that this was wrong and that it should be discouraged in future. Furthermore, an accused must plead freely and voluntarily and should not be coerced into pleading a certain way. Thus, the court should have entered a plea of not guilty.

In his assessment of the case, the reviewing Judge noted that there were various irregularities that were committed by the trial Judge, such as the fact that the Prosecutor did not establish the degree of force that the accused used to hit the complainant with the beer bottle and where on the body the complainant was struck. Furthermore, it is not clear whether the complainant suffered any injuries because of the alleged assault. Moreover, the court looked heavily into what separates assault with intent to do grievous bodily harm from common law assault and found that it is that the accused must have the intention to do grievous bodily harm. This position was confirmed in the case of S v Zwezwe 2006 (2) SACR 599 (N). The following aspects have to be considered to ascertain whether such an intention existed:

Therefore, the reviewing Judge held that there was no reason why the Magistrate could find the accused guilty of assault with the intent to do grievous bodily harm as the above submissions were not made or proved before the court.

Accordingly, the reviewing Judge examined the function of a Prosecutor and referred to the Supreme Court of Appeal judgment in Porrit & Another v The NDPP & others (978/13) [2014] ZASCA 168 (21 October 2014) to do so. Furthermore, in this matter, the court emphasised that the function of a Prosecutor is to present credible and relevant evidence in court. Moreover, the accused was not informed about his right to present evidence under oath or call witnesses in mitigation of his sentence and an enquiry was not held in terms of section 103 of the Firearms Control Act 60 of 2000. Additionally, the Magistrate in the court a quo declared that the accused was unfit to possess a firearm licence without giving him the chance to make the necessary submissions. Thus, this is in contrast with the notion of justice and fairness, as enshrined in section 35 of the Constitution which affords the accused the right to a fair trial.

The court held that the conviction and sentence by the court a quo should be set aside.

The value of this case is that it highlights the requirements in section 105 of the CPA for an accused to make a valid plea of guilt, it also illustrates the function of a Prosecutor and the importance of a fair trial. This case adds value to the law in the sense that it highlighted how vulnerable undefended accused persons are and that accused persons who choose to be unrepresented should have access to justice and a fair trial and that Prosecutors should not use the ignorance of an undefended accused to unduly influence them. Furthermore, it highlights the significance of an accused understanding the wrongfulness of his action when pleading guilty