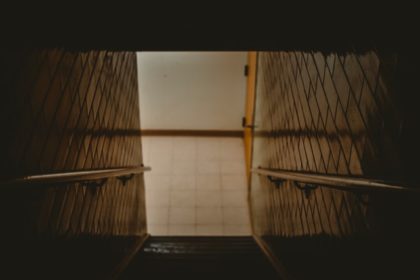 This is a review application brought in terms of Section 304A of the Criminal Procedure Act, 51 of 1977 (the “CPA”). The two accused persons, Malibongwe Papiyana and Luvo Mbana, were convicted by the Regional Court Magistrate of Lady Frere (the “Magistrate”), on a charge of murder. The magistrate referred the matter to the High Court, with a request to set aside the convictions, that she handed down, in respect of the two accused.

When the accused appeared before the Magistrate, in the Regional Court, they were both legally represented. The Magistrate advised the accused that it was their right to be tried in the presence of assessors. The accused exercised this right and elected to be tried in the presence of assessors. At first, the assessors were unavailable, and the trial was postponed. When the matter came before the Court again, only one assessor was available, to sit in judgement. The Magistrate decided to proceed with the trial in the absence of the second assessor. The Court was thus constituted by the Magistrate and one assessor.

Evidence was lead, and both parties closed their cases. At the conclusion of the trial, the accused were convicted on a charge of murder. Before commencing with sentencing the Magistrate became concerned that the proceedings were not conducted judicially, as the provisions of section 93 (1) ter of the Magistrates Court Act, 32 of 1944 (the “MCA”), were applicable in this instance. She therefore referred the matter for review by the High Court, requesting that the convictions be set aside.

The Court harshly criticized the Department of Justice and Constitutional Development, stating that the department must provide adequate resources for the conduct of proper justice, the proper functioning of the Courts and the efficient administration of justice. The Court ordered that a copy of the judgment be forwarded to the Department of Justice so that it could investigate and remedy any personnel issues, that threaten to derail the fair administration of justice.

The Court held that the Magistrate had committed a gross irregularity by proceeding with the trial in the absence of the second assessor. The accused had elected for assessors to be present, accordingly, the Magistrate had no discretion, in terms of section 93 (1) ter, to order that the trial proceeds with only one assessor. The trial court was therefore held to be improperly constituted. The defect was held to affect the conviction of the accused and the conviction was accordingly set aside.